Near: Bridgwater Level of event: Local

With the lead changing hands frequently on most courses and where a race-changing error was seemingly only a heartbeat away, it was like the Wacky Races 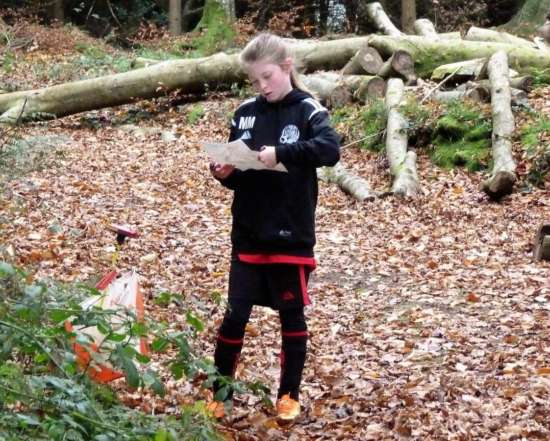 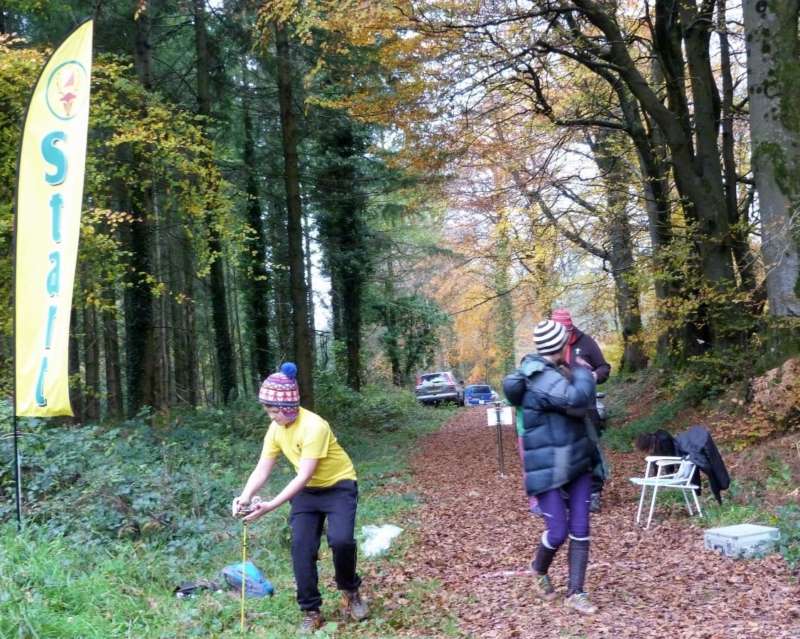 Adam dibbing at the Start

After the disappointing attendance at Cothelstone Hill and the cancelled event at St Audries, it was third time lucky for our Saturday morning QOFL experiment! There were an unprecedented (in recent times, anyway) 58 individual runs from QO members. Is Saturday now the more popular day on which to have our forest league events? 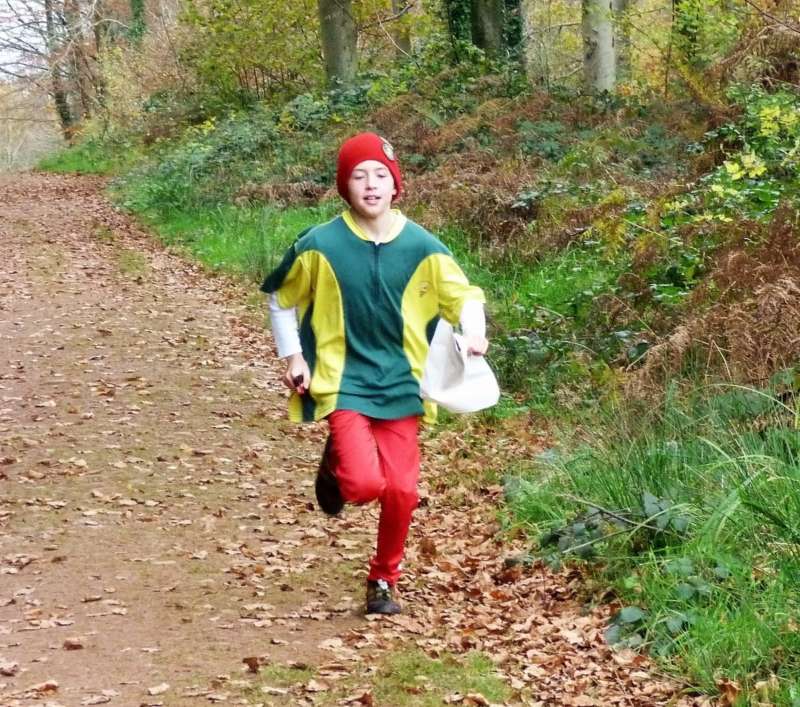 tip: click on the course names in green below to see the race 'splits'

Another question is, will the series be won at our next QOFL in January? Back-to-back wins for Devon's Ben Chesters on Blue have given him a commanding lead, which could be unassailable should he add a third win at Orchard Portman.

Yet again the Green course was the most competitive, with its intriguing mixture of up and coming orienteers and very capable super veterans. Matt Carter won his first Green course since joining the club earlier this year. Trailing a University of Bristol (UBOC) student by seven minutes after just a few controls, a series of strong legs saw Matt almost level with a quarter of the race to run. A mistake costing the UBOC lad 10 minutes then set up a straight fight between Matt and Devon's highly experienced Chris Virgo. The lead exchanged hands with Matt getting ahead again only at the penultimate control.

Now How Do I Get To The Control

Chris Hasler made a victorious comeback on Short Green with what might be a record long winning time, albeit a comfortable one! Taking 95 minutes, Chris traded the lead with runner-up Steve Williams before finishing nearly 20 minutes ahead. 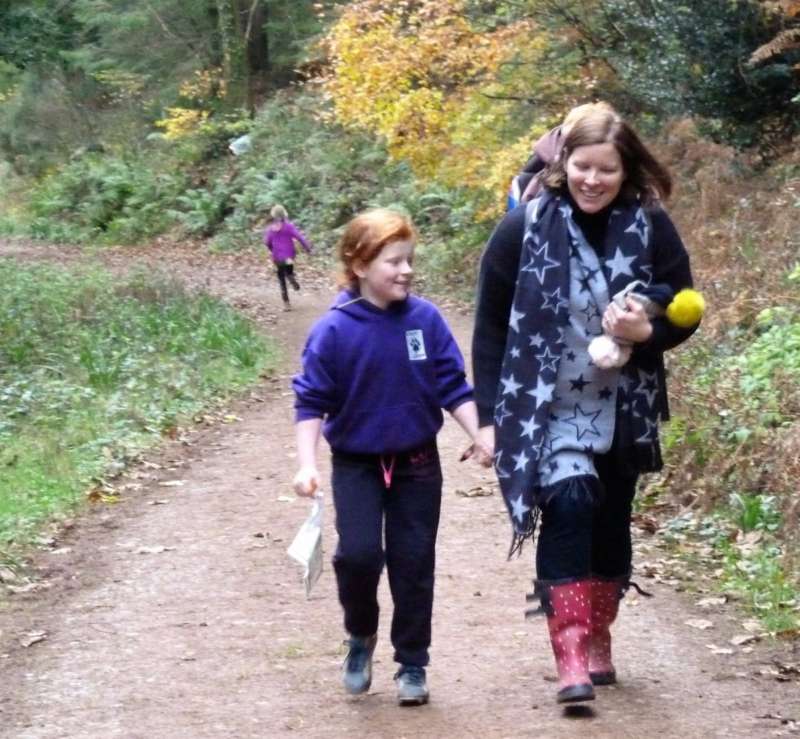 Erin Chats With Mum After Her Run

The runner-up to Heather then was Andrew Page. He now has back-to-back QOFL wins on Orange, finishing a clear five minutes ahead of a cluster of runners, one being the 2016 SW League champion on Light Green, Luke Shopland. Luke led, then Andrew, then QOFL debutant Nick Ryles with just two controls to go, before an error from Nick let Andrew in again.

Tate Modica led from the start to the end on Yellow and had a clear three minutes over Will Toomer. Impressive was the large amount of members coping very well on their first season on this course.

No surprise on White where Jacob Shirvington was fastest but new boy Ethan Ryles gave him a run for his money. 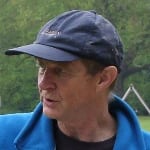 Many thanks to you all for your great contribution at Wind Down today – excellent team work!

Well done too to Ray for very efficiently organising the event. He ticked all the boxes, from giving the local horse riders plenty of warning to clearing the site by 3.30pm

Those approaching from the north or east use Enmore Road, from Bridgwater. Those from west and south go via Taunton & Kingston St Mary using Buncombe Road. Then follow the signs E from the Pines Café crossroads.

Courses suitable for all ages and abilities.

Explanation of courses (by Berkshire OC)

There is a road crossing over a quiet road on the Blue and Green. Please take care.   Because of this crossing, only runners older than 15 years of age can run on these two courses.

*The family rate is a concessionary rates. Maximum two adults per family.

Additional runs (for all)- £1 each

Filling out a Registration form (link) in advance will quicken up the entry process on the day.

The Sportident (SI) timing system will be used but contact-less punching (SIAC) will not be enabled, unless stated otherwise.

Steep sided mainly coniferous wood used by all courses. An adjoining open hilltop with semi-open parts is used by Blue and Green only. Stout footwear advised: paths can get muddy and churned up by horses. Parents with young children: robust buggies will cope with the forest roads and hence the White course only.

Dogs allowed but must be under control at all times.

The Pines cafe at the main crossroads 2.5km to the W of the venue along Enmore Road is open 09.30-16.30 for snacks & hot drinks. Toilet facilities for customers.

Team 3 will be running this event

We've ordered a selection of jackets and hope that they will be delivered in time for those interested to try on at this event. 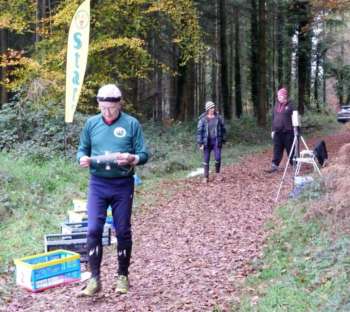 Alan At The Start