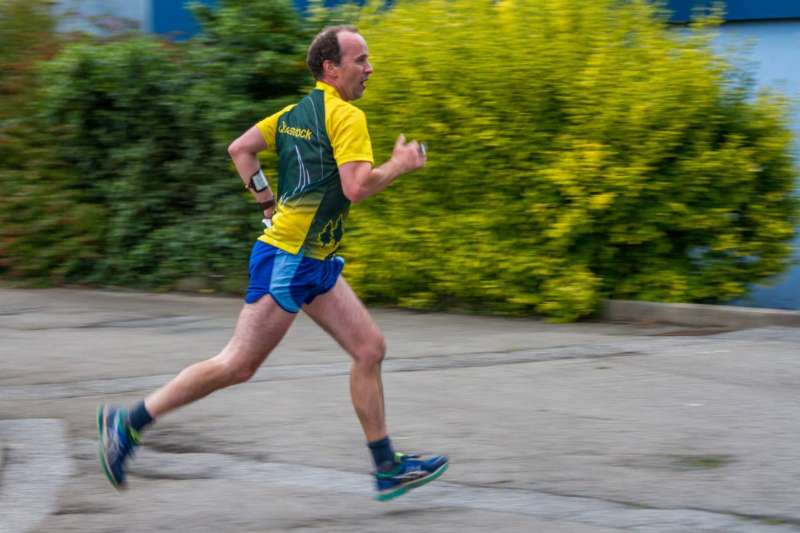 The finale to the Bristol series...Pete Shirvington was 7th of 27 on the Long course. On the Short, Graham Hartley gave the series' top two a run for their money while Phil Sorrell impressed on his urban series debut, finishing 7th of 42.

On the Short course, all nine QOs finished well up the list, with some close tussles between them.

Thanks to his strong final run, Pete Shirvington joined Richard Sansbury in the top 10 on the Long course. Only one point separated them but then each runs at a similar running speed (20 minute 5k's).

Graham was top QO by some margin on the Short and only missed out on 3rd place by one point. Martin Lewis was 6th, only a few points ahead of Angela Modica in 7th and Daniel Jones in 9th. In all, six of the top 14 runners were from QO, impressive considering the extra distance many of them travelled to compete.

A recent episode of the BBC's the Adventure Show is dedicated to sprint orienteering (link here), and features in depth analysis and drone shots

Former QO junior Ruth Holmes features in some action shots at the start and provides a brief voiceover. For those who don't recognise her, Ruth is wearing white in the video and has red hair.

About a dozen QO ran Graham Hartley's courses at Cheddar on Wednesday. Richard Sansbury, Pete Shirvington and former QO member Oliver Frost were very evenly matched on the long, while Daniel Jones pipped Martin Lewis to be top QO on the short course.

Richard was 10 minutes behind the winner, who took three quarters of an hour, and moves up to 9th in the league, with Pete just outside the top 10. Graham faces a battle for third place on the short league, with Martin, Angela Modica and Daniel all vying for 5th place.

Richard is great at Yate

Richard Sansbury had a blisteringly fast run at Yate, a town on the edge of the Cotswolds, finishing 7th of 37 on the long course. Richard completed the nominally 8.2km course- actual distance is always longer- in just under 40 minutes.

This took him to within seven minutes of the winner, who is ranked just outside the UK Top 100 orienteers. All seven QO finishers on the short course finished in the top 50%. Back-on-form Graham Hartley, champion in 2017, was again two minutes behind the winner.

Samantha Marson is closing the gap on those above her and Daniel Jones was 3rd of the QO contingent. Dropping down to the short course, Pete Shirvington was 90s ahead of the field going into the second last control before a mispunch at #13, unlucky for some. 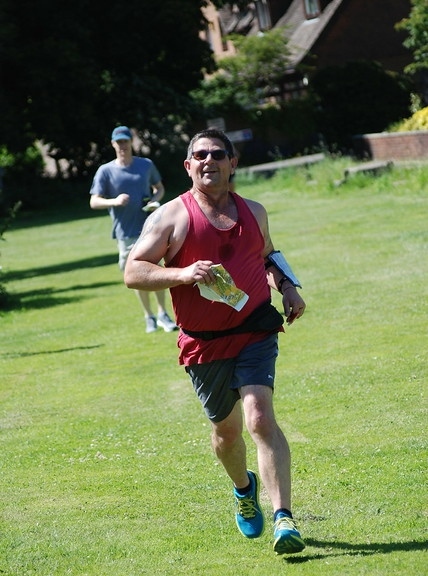 In 25 degree heat, Graham Hartley gave the fastest on the short course a run for their money at Stockwood on the south side of Bristol on Wednesday.

Graham came within two minutes of the winner, in a tight finish between several runners. It's very close in the league too, with just two points between Graham and the current leader. QO's Martin Lewis and Angela Modica are some way behind Graham in 3rd and 4th places.

Of the seven QO there, only Steve Robertson ran the long course.

The gateway town to the New Forest was itself the attraction on the Saturday. Tony Hext was top QO, finishing halfway down the results in the ultravets class.

Steve Robertson was within 10 minutes of the winner on the keenly contested supervets.

Several QO's went over the two days and Annabel Lewis won on Saturday. 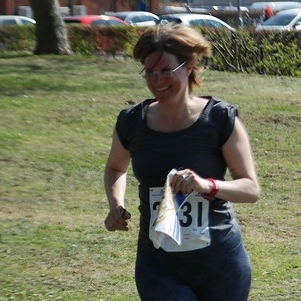 With the Bristol summer series having a halftime break ahead of this weekend's prestigious BOK Blast, one of the series regulars took in the Calne urban event. Samantha Marson was 4th of 9 on the middle length course, within eight minutes of the winner.

Steve Robertson M65 again chose to mix it with men 20 years his junior (as well as a W21) and finished 6th of 10 at the Poole 'Out of Town' Race. Tony Hext was 4th of 8 on the ultra veterans course. It was part of the South of England series. 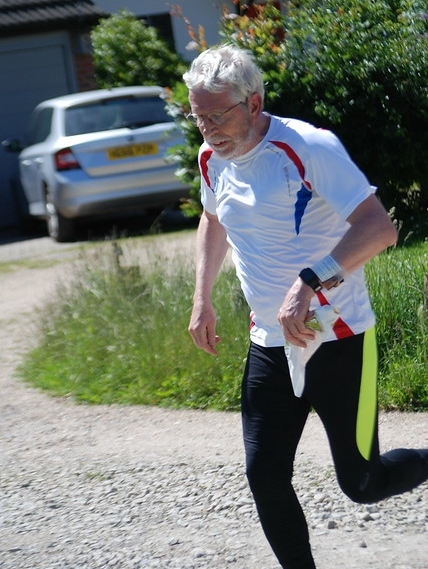 The Lewis family this week sent themselves to... the West Midlands! And Ollie won his sprint race in the city on Saturday.

Pete Shirvington and Richard Sansbury continue to be evenly matched on the Bristol Urban Series, never more than two minutes apart. The pattern continued at Bradley Stoke, where Richard had half a minute on Pete.

Dan Jones had his best run of the season on the Short. 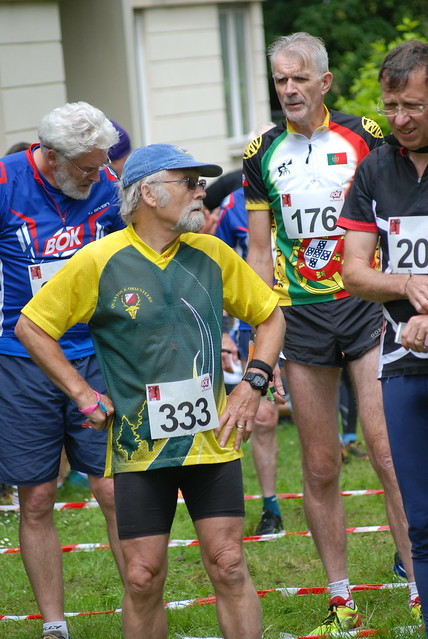 Richard Sansbury and Pete Shirvington put in the star performances at Emerson's Green on Wednesday 29th. Several other QO also ran at the Gloucestershire town NE of Bristol.

Richard was 12th and Pete 16th of 57 on the longest course (Blue). It was evenly matched between the QOs on Green, Angela Modica (18th of 50) pipping Tony Hext by just one second and Martin Lewis finishing within a minute of those two. Samantha Marson had another solid run.

In the fourth of Bristol OC's summer series, Graham Hartley was 3rd of 28 on the short course (Green) and within 90s of the winner.

Richard Sansbury was just seven minutes behind the runner up on the long course (Blue).

Martin Lewis (12th) and Angela Modica (11th) continue to be evenly matched on Green; this time Angela was ahead, but by less than a minute.

Martin moves up to 4th in the league, one place behind Graham. Angela has one less run than Martin but better scores. 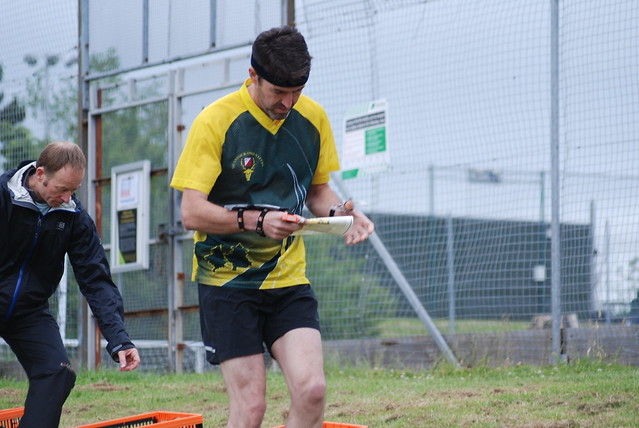 They went to Bath - and got a shower! At least that was the weather forecast for the 10 attracted by a street race through the spa city. QO members generally showed up very well in the results again, including 2017 short course (Green) champion Graham Hartley.

Pete Shirvington edged out Richard Sansbury by 90s on the long course (Blue). Graham was 5/37 on Green, just three minutes behind the winner and 30s behind last year's champion Alison Simmons of Bristol OK.

Several members from the NE of the county were there, including Daniel Jones, who was returning to action after joining us last year.

Just looking at the league positions of those who have run all three events to date, Pete is 7th of 12 on Blue. Graham is 3rd and Martin Lewis 4th of 12 on Green. Below them, Rosie Wych and Angela Modica have two very good runs to build on. 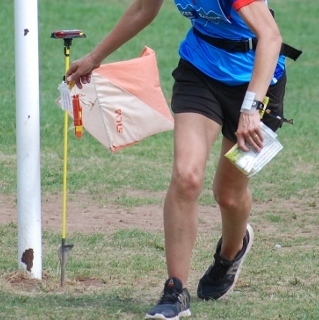 Pete Shirvington was top QO at Nailsea in the second of Bristol OK's summer urban series. He was in the top quarter of competitors on the longest course. Several other QO were out on the streets too.

The 2017 Green course champion Graham Hartley took just over half an hour on Green and was within three minutes of the runner up place. Rosie Wych and Martin Lewis were five minutes behind Graham, and Angela took a further one minute extra. All four were in the top quarter. Both main courses were ran by more than 40 competitors each.

Bristol University was the scene for this first of the Bristol area summer series on Wednesday, and several QO went. Series regular Graham Hartley was just 90s behind the winner on and Martin Lewis finished well above halfway on the Green course.