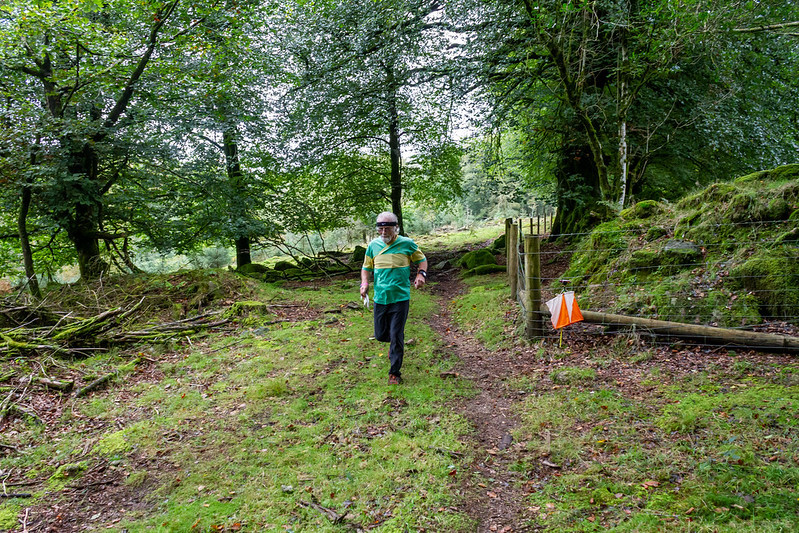 In total, fifteen QO braved the testing weather on Sheeps Tor, Dartmoor over the two events.

Sadly for organisers Devon OC, and as with the SW Middle Champs in May, numbers were low over the two days. Competition was particularly diminished in the junior fields but take nothing away from the youngsters who adapted to the moorland terrain and registered clean runs. 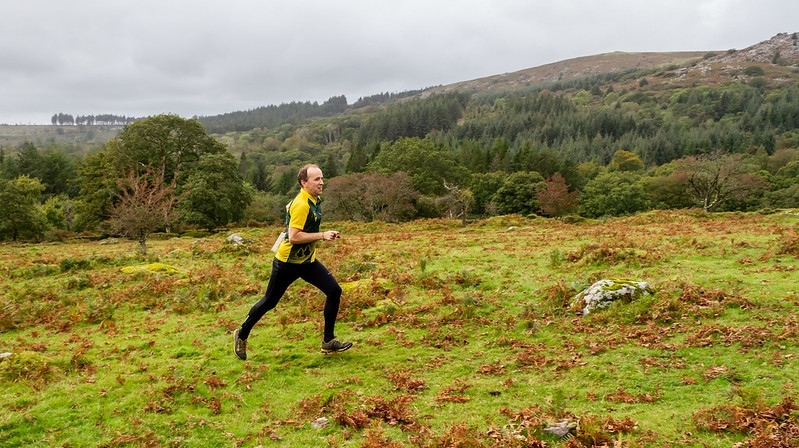 The double header consisted of a ranking event on the Saturday and a chasing start on the Sunday based on times achieved the previous day.

Besides the success for Annabel, Oliver and Tom, there were third place spots for Richard Sansbury (M50) and Andy Rimes (M55).

Competition was close between Pete Shirvington and Tom Hasler-on the Short Brown course used for the M45 and M18 categories respectively. Both have good track records on Dartmoor; Pete is faster but on this occasion just four seconds separated them. 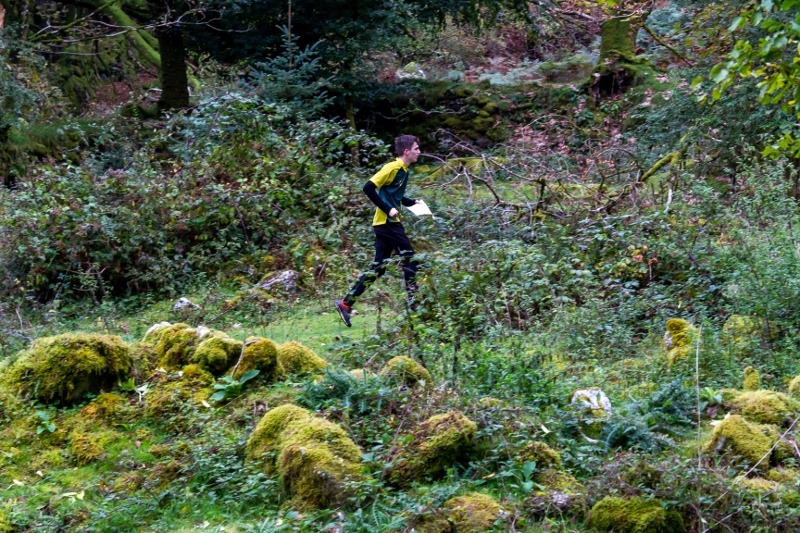 The illustrious list of previous winners brings home the magnitude of the achievement of three of our youngsters this year. 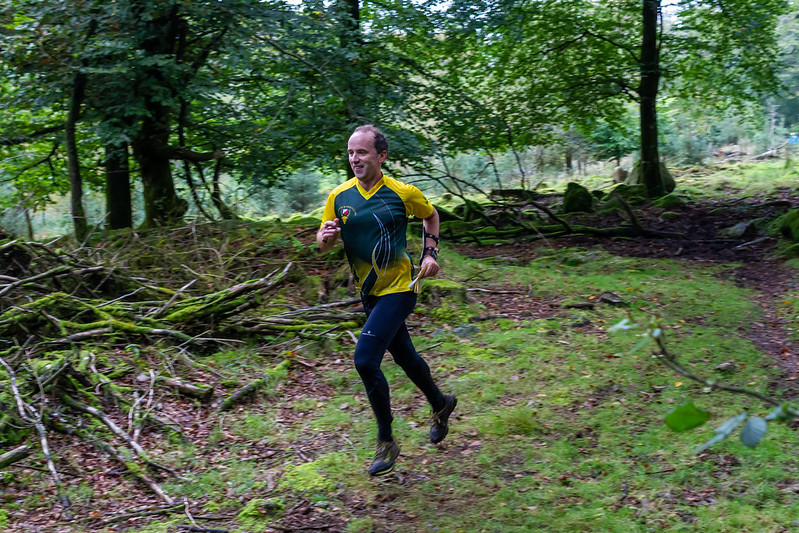 When looking at the results, remember that only members from SWOA clubs were eligible for the accolades.

Unlucky Richard would have been champion but for Bristol OK's Clive Hallett decision to run 'up'. Clive's decision understandable given that he was otherwise facing the might of Andy Rimes on M55.

There were 3rd placed finishes for Rosie Wych on W60, Tony Hext on M70 and Bill Vigar on M80. Brian Pearson missed out on the 'podium' by two minutes on M55. 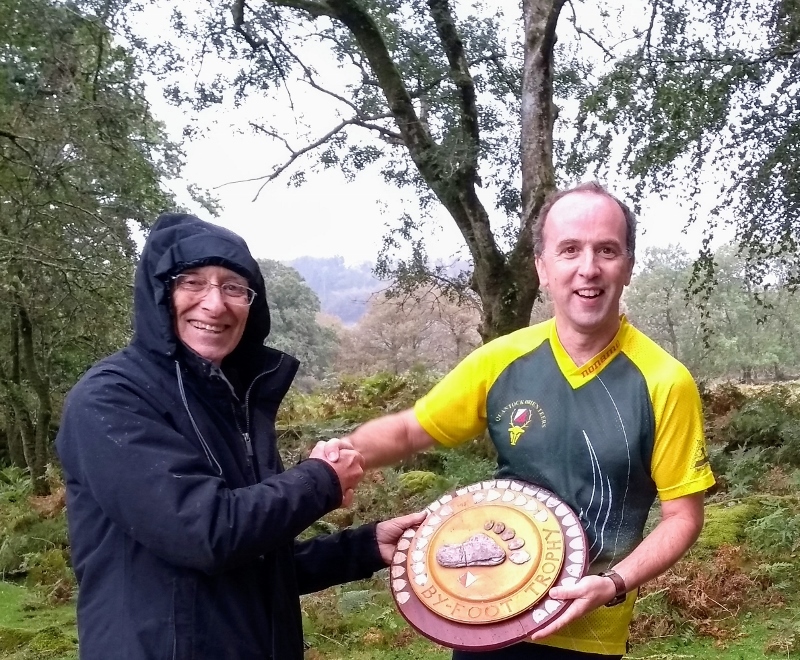 See the picture of Richard Sansbury collecting the quirky By-Foot trophy, before his run on Saturday.

His QO team won the Devon Relays in the summer. It took three months but we finally got our hands on it. An elusive beast? Well the trophy is based on a cast of the lesser-spotted Dartmoor Beast's footprint, after all. It was worth the wait- our win at Knightshayes in June was the first time in 13 years we'd claimed the By-Foot. 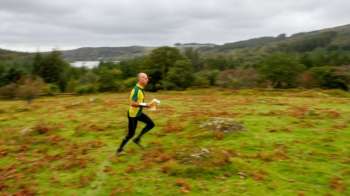 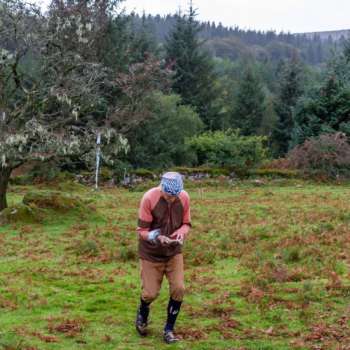 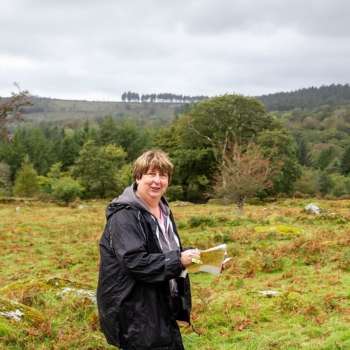 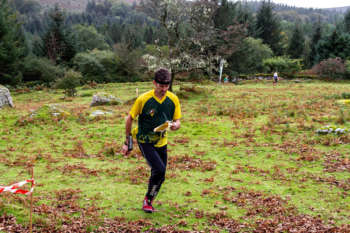 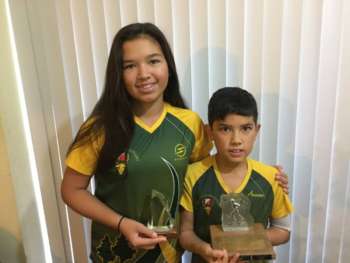