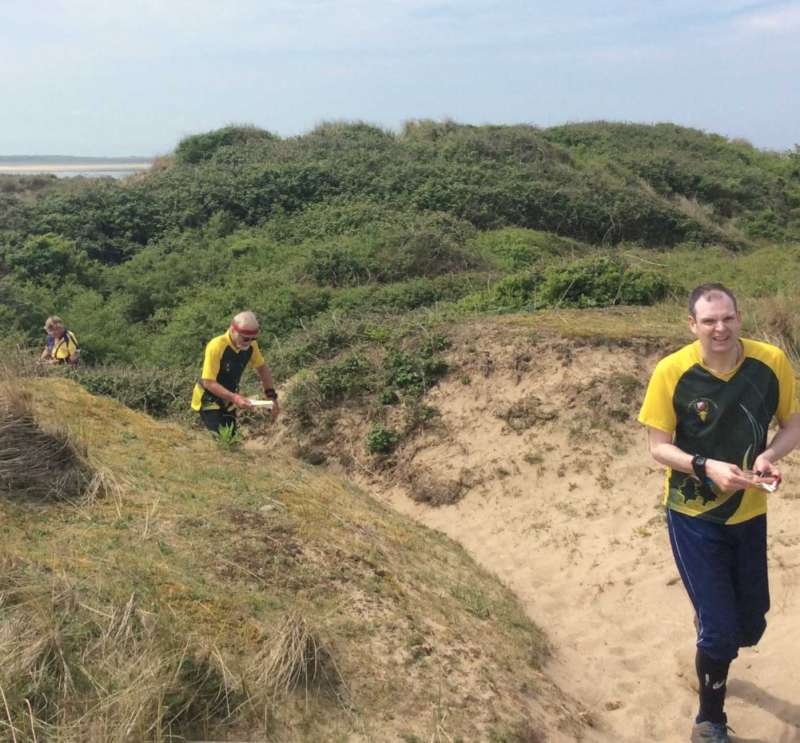 Steve Robertson's achievement was extra special given that he not only ran 'up' to M50 but he beat all those on the same course, which included the M45s too! One 'youngster' admitted that not only couldn't he shake Steve off but he ended up relying on Steve's nav to a degee!

Dune systems like Brauntons are special on many levels. To UK orienteers, they offer the highest level of technical difficulty (TD5) available- much of our countryside is only TD4. 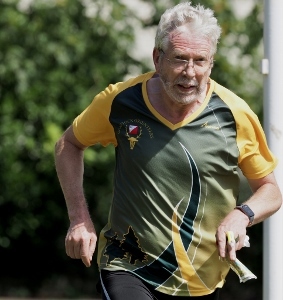 Given this, and the fact he successfully negotiated the step up to TD5, Sam Shirvington's run was impressive. He was 8 / 26 on the course shared between older teenagers, W50s and M65s, amongst them orienteers of high pedigree. Sam served notice of his ability in these surrounds with a good run on Light Green at last year's Tamar Triple.

Rosie Wych regained the title she last won in 2017, again on dunes. She exchanged the lead several times with her closest challenger, Kathy Whitehead of DVO, only regaining the lead at the last control and finished just 26s ahead. Because Rosie's rival isn't a SWOA member, she wasn't in the running for the award. Rosie had a quarter of an hour lead over those eligible- pretty good considering she had an ankle niggle going into the race.

On M80, Bill Vigar was hindered by a bad start - if the race had started at control 2, Bill would have 'won'. He had a worthy opponent in Arthur Boyt.

And for putting on such a fine event, the organising team deserve much credit, amongst them QO's Richard Sansbury and his 'light touch' controlling.

There's a write up on the Devon Double weekend in Wessex OC's weekly news blog, from the perspective of Jolyon Medlock, whose family attended both ours and Devon OC's event.

Link to Wessex OC write up (scroll halfway down page)

For those who love this sort of orienteering or want to practice more of it, there's a weekend of it on Gower in two week's time. 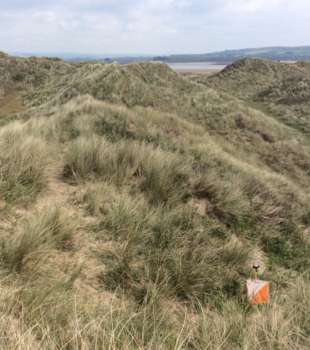