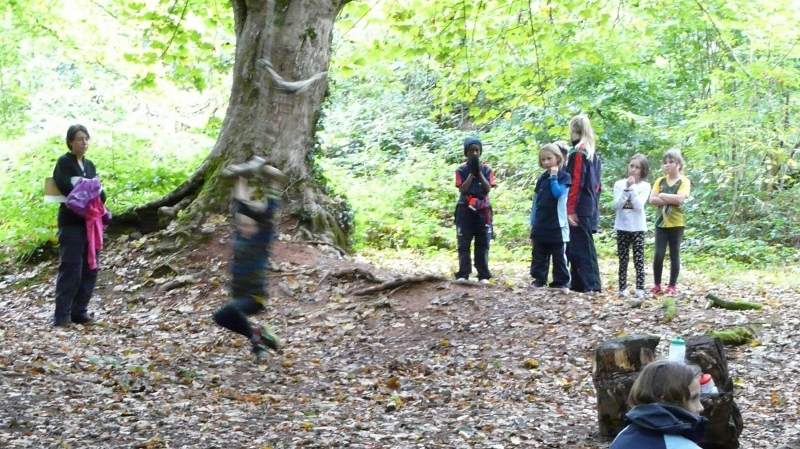 A queue for the swing forms, Broomfield

Pete Shirvington planned the courses with the Fox course having a mathematical rather than an orienteering theme. As this JOG clashed with the Caddihoe Chase, we were expecting low numbers but this was not the case. 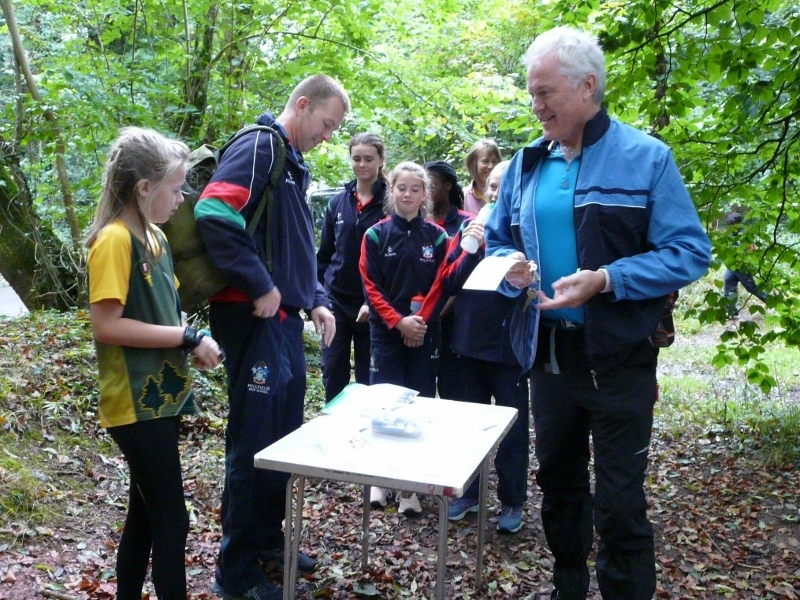 as it does at registration, where Matt's Millfield pupils line up behind David

We were really pleased to welcome six children from Millfield School. Registration for them is now a slick operation, with Matt Carter providing the compasses and dibbers and supervising control cards. We appreciate this Matt.

Sadly the underfoot vegetation was prolific, with high bracken and brambles to die for in some areas; some competitors declared that they almost did! However, as usual, everyone came back in good humour, feeling that they had had a great challenge and were physically exhausted. 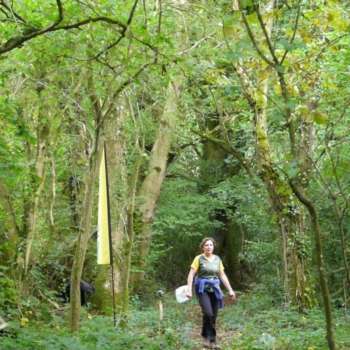