Near: Blackborough Level of event: Local

On a quite cold & (almost) dry evening, those who ran as far as the northenmost ridge had great views over the lit up villages below. 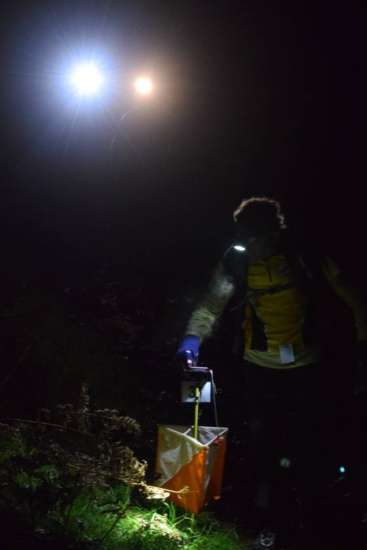 We had a good mix of ages and abilities amongst the 20 or so participants, eight of whom were from Devon OC...well the event was held just over the border in Devon, after all! Also from our neighbours to the south was our planner for the evening and series winner in 2016 & 2017, Robin Carter. The course winner Duncan Taylor is pictured discussing his route with Robin and her partner James Jackson.

Duncan got all 500 points and with just two seconds to spare of his allotted hour! An excellent feat and well done to him for 'going for it'.

As often happens, the two sets of controls (blue and red) formed two rather nice loops, ensuring that anyone with the necessary fitness could aim for the full prize without too much of a dilemma over route choice.

Those further down the ranks can console themselves that they had to make some quite tough decisions as to which controls to go for. This inevitably adds to the pressure, especially when deciding whether to persevere in hunting down controls in some of the trickier areas of complex contours.

The next day, four members treated themselves to a trip east to the area used for the November Classic in 2016. Martin Lewis showed stamina by running in two events in less than 24 hours, having ran at the QOADs too. By finishing in the top half on Light Green, he (and Steve Robertson on Blue) achieved the "colour standard", which some clubs still announce after their events. Also there was Julia R and Pete Akers. 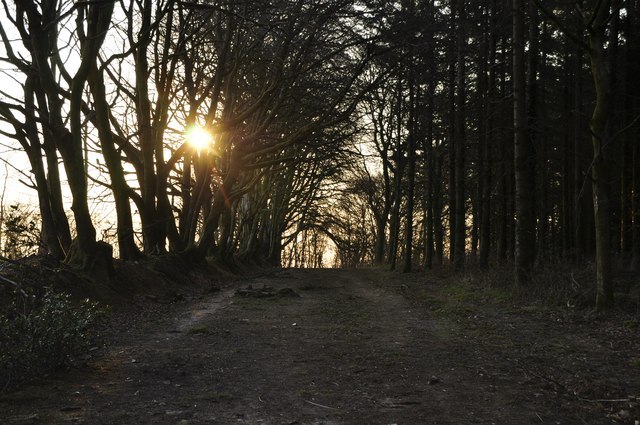 Our series of night events, with a score course for all abilities.

See our page dedicated to night events, including the latest league table.

All those participating must wear a head torch plus carry a spare and a whistle for emergencies.

Parking: alongside road adjacent to entrance to wood

Format: one hour score course for all abilities.

Scoring: different points awarded for each control dependent on its difficulty e.g. 15 for easy control 50 for difficult or far away control. Maximum points available typically = 500.

Penalties: will be deducted for late finishes at 10 points per minute and pro rated to fractions of minutes.

Restriction: controls are divided equally into two blocks, red and blue. You can switch between one set of controls to the other only once. e.g. If you started on red, once you have dibbed a blue control you must continue on blue. This format allows stronger runners to cover more ground i.e. two loops of the area.

Newcomers: it is possible to select a sequence of controls that would be no more difficult than a Yellow or an Orange course. To make it even easier, if you attend JOG training during the day you can see where the night controls are located.

Starts: as soon as it is dark enough. The latest possible start time is 18.15.