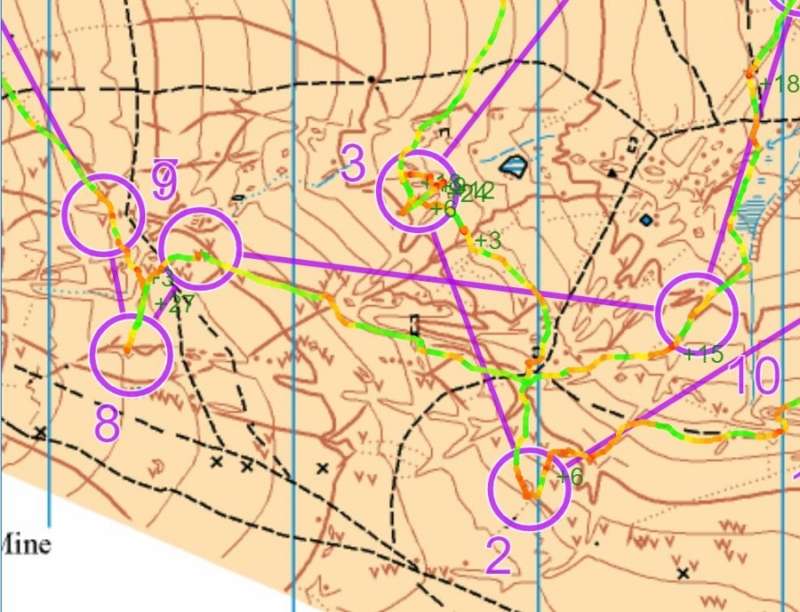 About 10 members hopped down the A38 to Holne Moor.

Meanwhile, Bill Vigar was runner up in the Championships at Hindhead and the Devils Punchbowl, Surrey.

Navigation through the mine workings at Ringleshutes to the south west of the area can be very tricky. Many members will recall an event from 2011 when mist made that nav doubly tricky! Luckily we set off in the knowledge it would be a clear day. The senior courses made good use of Ringleshutes. It has criss-crossing gullies both shallow and extremely deep, plus pits and depressions and other landscape scars galore.

Add some bits of fast terrain into the mix and you have something of an orienteers' paradise! 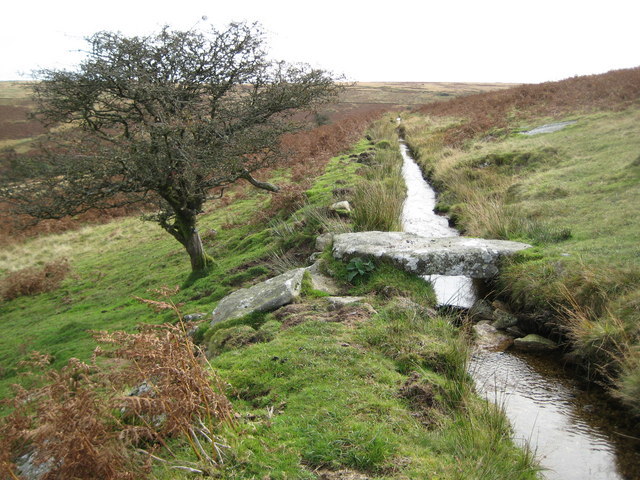 One of the leets which contour around Combestone Tor
Credit: Nigel Cox

How we all did

Ollie Lewis was 3rd on Yellow, just 90s behind the winner. Ollie's sister Annabelle again finished ahead of more than half of the competition. Roger Craddock was 5th of 15 on Short Green, taking an hour and was just 10 minutes behind the winner.

Jeff Pakes was 7th of 18 on Brown, within a cluster of very evenly matched runners taking about 90 minutes each. But some way behind the winner Ben Chesters of Devon OC, who raced round in less than an hour. 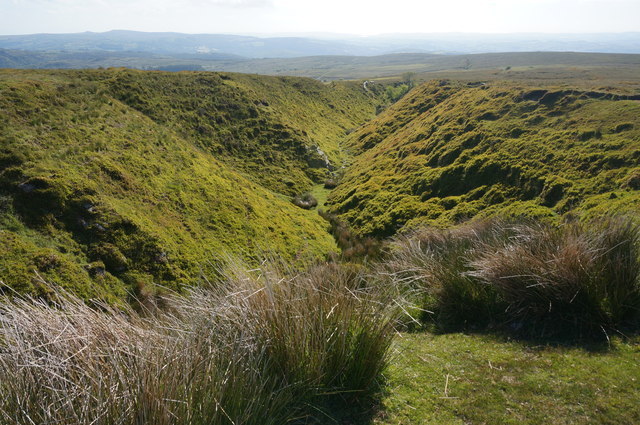 Chris Hasler had a solid run on Green and son Tom doing likewise on Blue. Tom had already sampled the area as a near-novice junior during the Yvette Baker team event in 2011. Martin Lewis was on course for another top half finish on Green but missed a control late on.

Finally, away from the action for much this year due to work commitments, Matthew Knipe at last returned and completed his usual Blue course.

Thanks to Devon OC for an excellent event and the apres-O complimentary beverages and cake from their amazing little tea tent.

Bill Vigar overcame a bad start to build a five minute lead over the field by the halfway stage. But our M80's nearest rival won back the advantage after acing the course's long leg and back into contention, with Bill settling for second.

So far in the 2018/19 Galoppen season several members have attended all three events. With a lack of ever-presents from other clubs, we have some early front runners!

Annabelle Lewis leads the Yellow course over brother Ollie. Tony Hext and Martin Lewis are 2nd and 4th respectively on Green. Bill Vigar and Roger Craddock are 2nd and 3rd on Short Green.

The latest tables are here