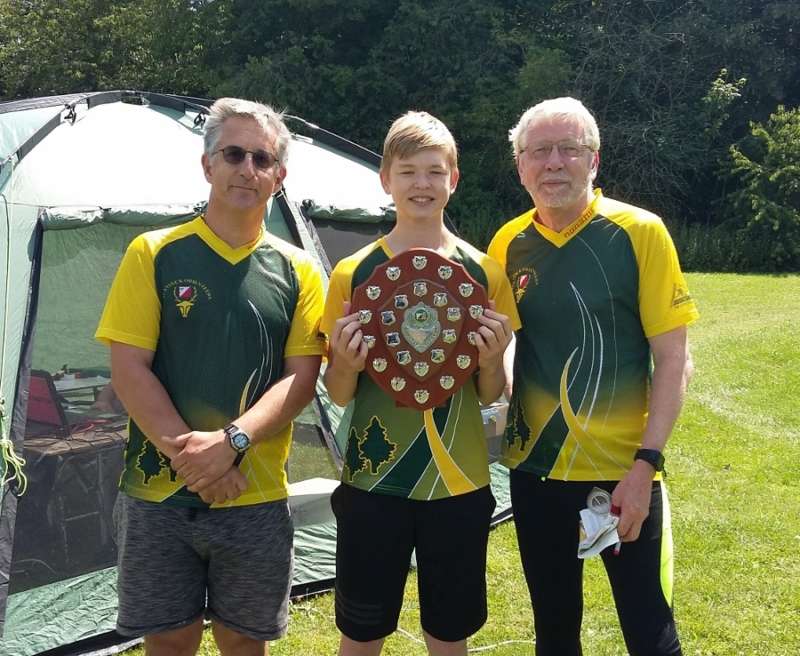 QO recruited some urban orienteering specialists for our Warminster Garrison test and we won the Moonraker Trophy for the first time! In doing so, we kept our prospects of a series win alive. The juniors won their relay and our other seniors were third.

On a warm, but not too warm, sunny July Sunday, SARUM had organised an excellent event at Warminster Garrison. There were some security issues to get past on the way in and out, both in a car and during the event. Possession of a dibber was sufficient qualification to get back in during the event. 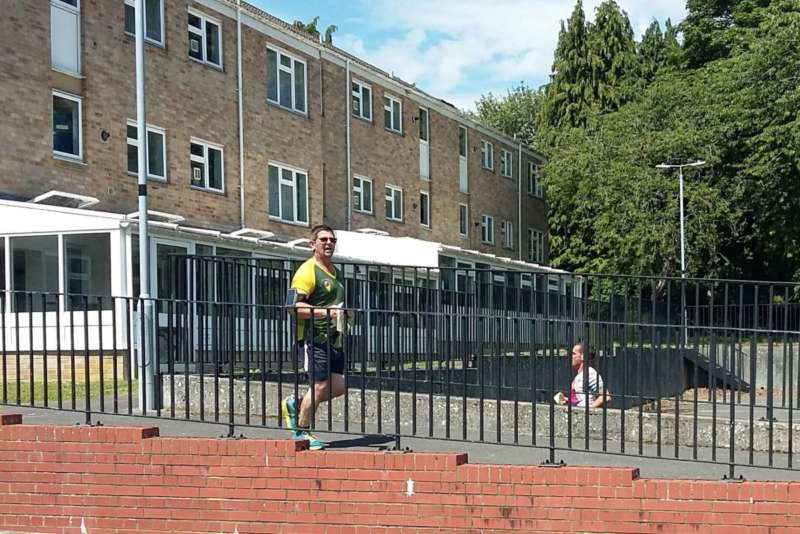 Sarum had kindly agreed to allow under 16's to run, which made a big difference to us - Andrew Page was easily the quickest of our team. And Vikki Page agreed to act as a marshall at a critical point.

The format was Harris relay; nine "spine" controls that each member of the three person team has to visit, and a further 31 controls to be shared out and visited once by any one of us. The order in which spine or other controls are dibbed is unimportant. 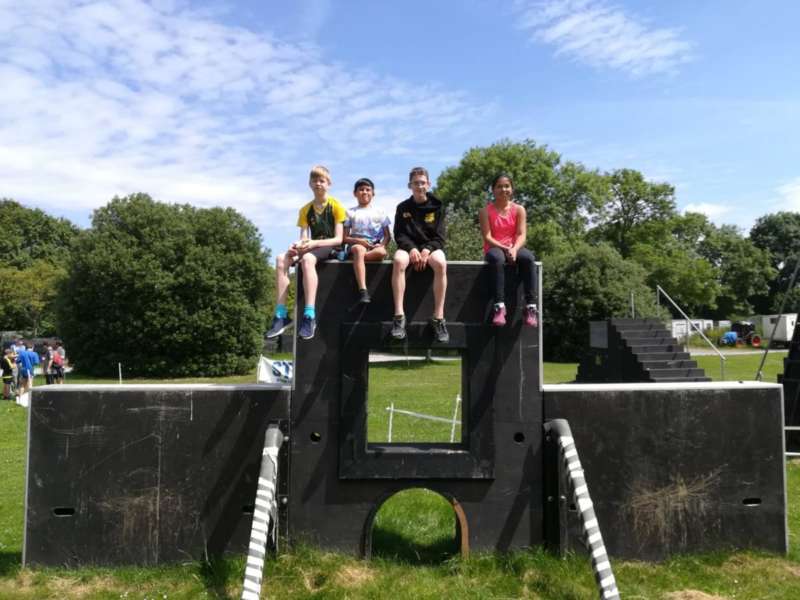 The starts were staggered, two minutes apart, with age/gender handicaps to be added later. As we queued up for our maps, we could see that other teams were taking a while over allocating controls, so the opportunity for being decisive and getting going quickly presented itself. We divided the map into three zones - although we each had to visit all three zones, we could just run through, dib the spine controls and move on. And then in one's own zone it was more like a score event or a MapRun, planning the best route to scoop them all.

Things started well as I picked up five spine controls inside the garrison. Then out into a housing estate for my zone. Having done seven Wednesday evening BOK events in the last couple of months, I was feeling confident about this, but I managed to fold the map in such a way to put out of sight one of my controls! Rookie error. Luckily I checked before leaving this area and returning to the garrison and spotted my error, but it meant a hot detour, downhill and back up again. 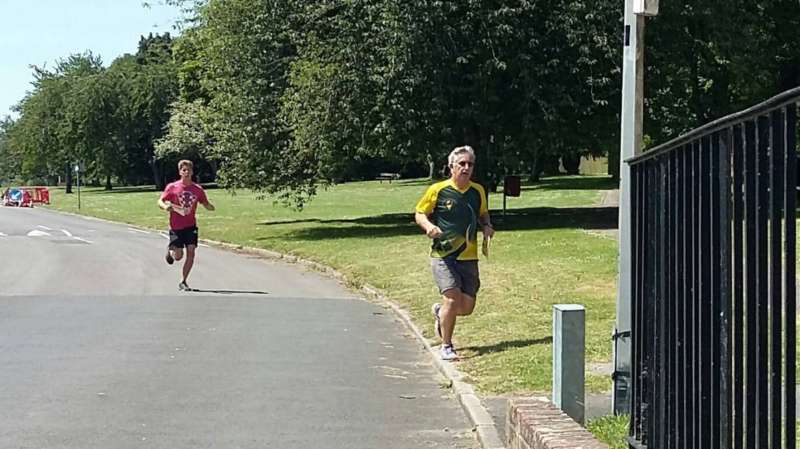 Team mate Andrew and I converged on a spine control, both back into the garrison which left me only one more spine control to do. There were two runners from other teams a few seconds ahead of me but when I reached the finish there were no other green and yellow shirts. A minute later Steve arrived and a minute after that Andrew finished too, so we had done a very fair job of allocating duties.

Although we'd been the first team to arrive back, there was an anxious wait until the other teams finished. The handicaps on these events can make quite a difference to the overall results, but in the end we were sufficiently far ahead to win the Moonraker trophy. It's the first time QO have won it.

The other QO team of Martin, Karen and Jim was only a little way behind us and finished an impressive third.

Thanks very much to Sarum who had organised an excellent event in an unusual venue - the whole thing was seamless. 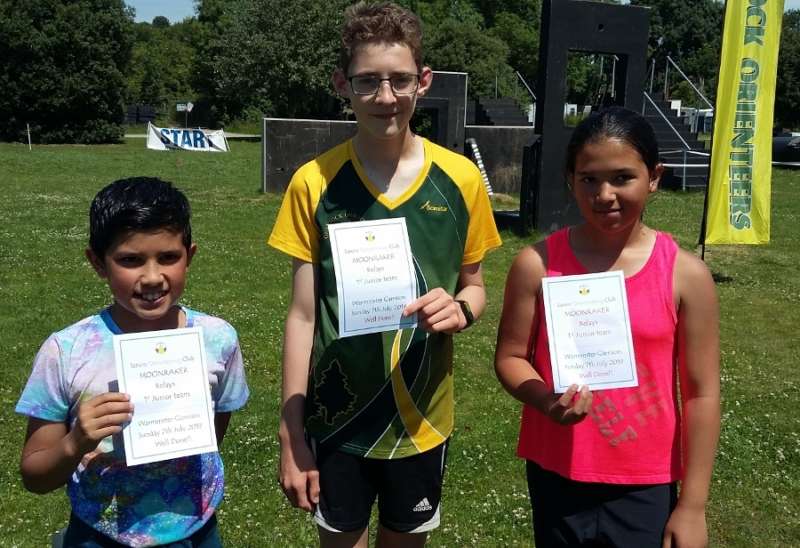 Graham is the planner behind yet another urban event which should be pretty close to home for most people. It's in Cheddar on Wednesday (10 July) 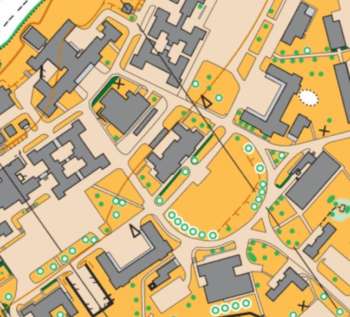 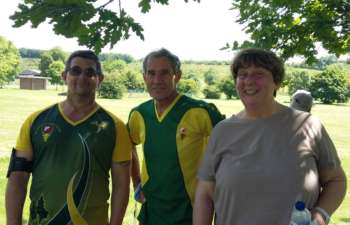 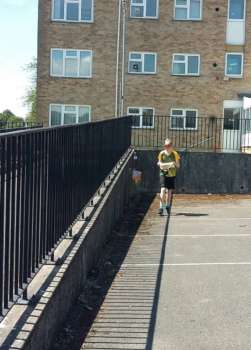 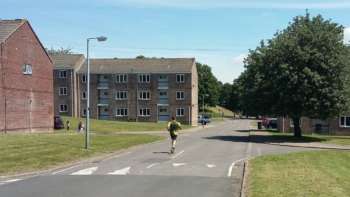