Football's loss is our gain 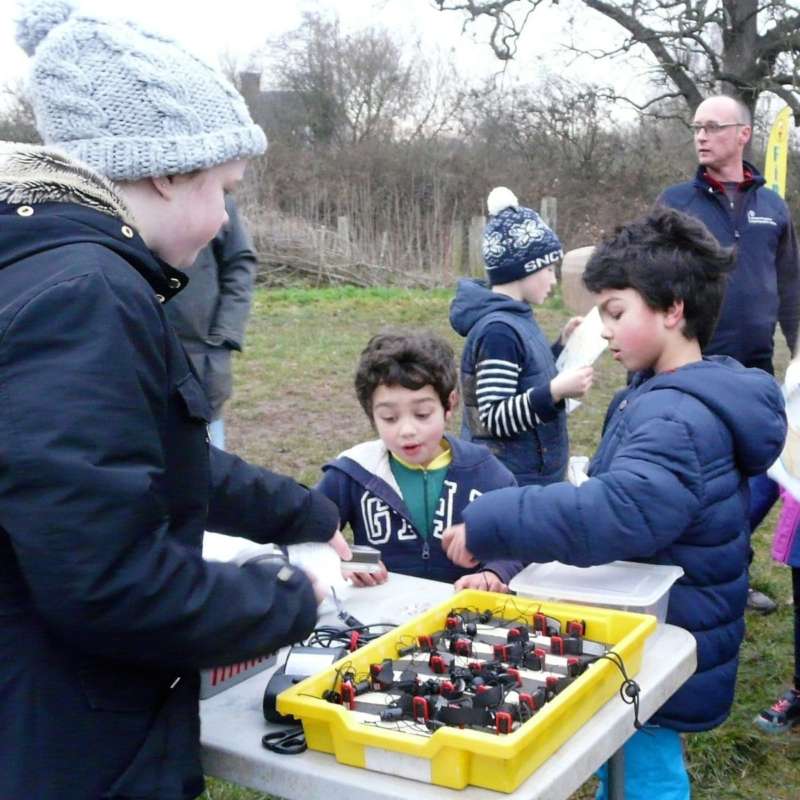 Footy matches were getting postponed locally due to frozen pitches and our numbers were bolstered by some of those younger footballers! No such problems with our "playing field", just nice crisp conditions for a Saturday afternoon run. Not that you'd think it was icy judging by those collecting their JOG awards in short sleeves.

A chilly, overcast afternoon saw five runners tackling the Fox course at Netherclay. This took the form of a multiple-choice question at each control: you chose your answer to get directed to a control on the all controls map. If you were right the next question awaited, but if you were wrong you were directed back to the last control to try again.

For Eleanor and I all was going well: we had correctly identified various map features, symbols and terminology, worked out photo O and trail O clues and pounded along frozen ground feeling smug. Then our downfall, namely the IOF symbol for runnable in one direction. This foxed several competitors and generated much discussion at the finish. After visiting all possible options for this control we were back on track. A quick question on scale led to the welcome instruction to navigate to the finish.

This fox course was great fun to complete, running in a small area that otherwise can be hard for the planner to build in enough of a challenge at fox level. Instead we were made aware of all sources of information, both on the map and in the environment, that runners can use to help themselves be more successful orienteers. 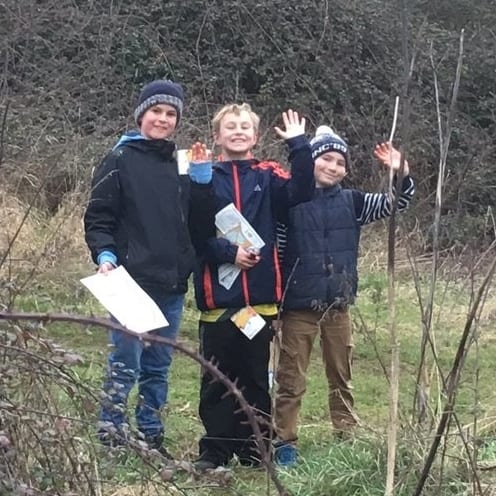 Not the sort of "midfield" battle these footballers were planning!

Just as well Dave's got the speed to be able to do that, Tom!

The rest of this term's fixtures

Tom Hasler who planned the courses also handed out certificates to last season's award winners (see the pictures below). 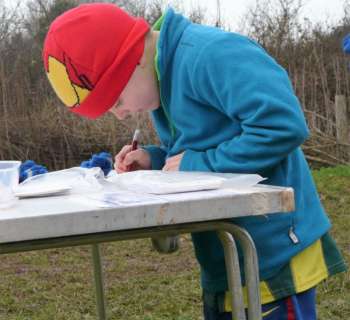 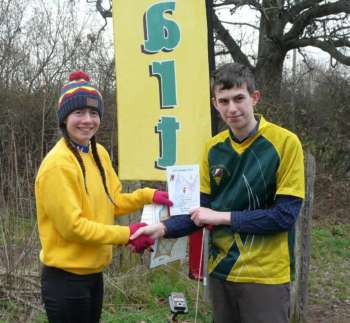 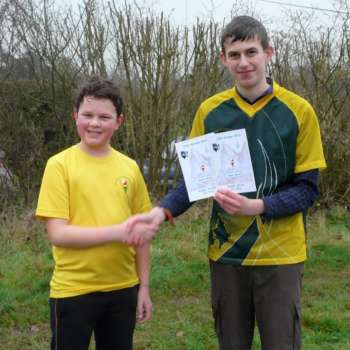 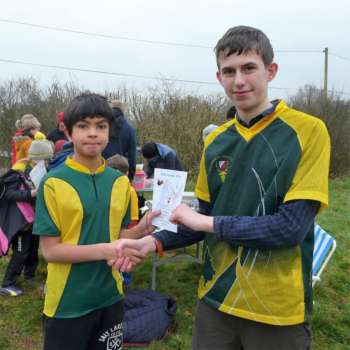 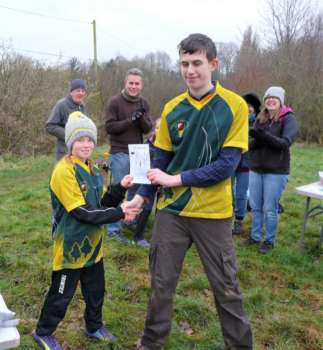