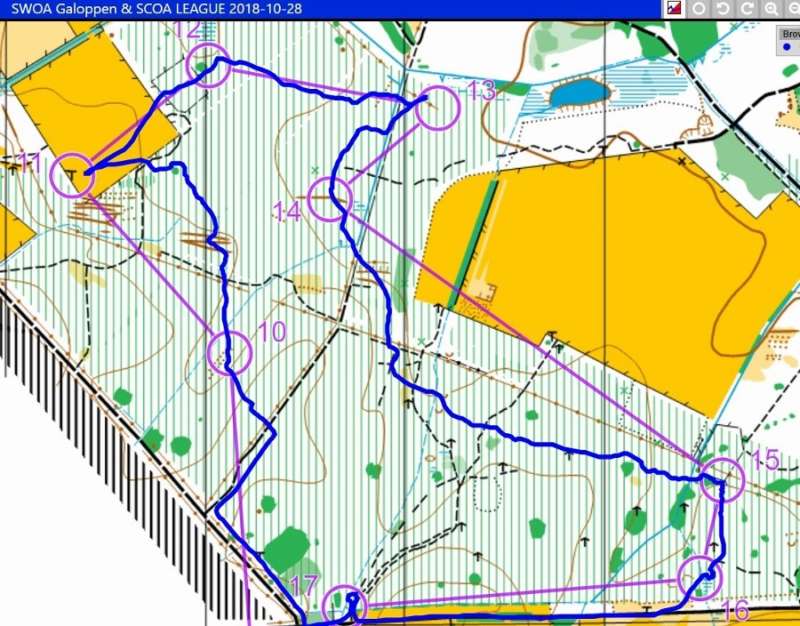 The tall bracken made it difficult to hold a straight line route (Jeff's route on Brown)
Credit: Sarum Routegadget

The usual dozen or so members ran on Sunday in the New Forest.

Tony Hext continued his fine form this season, finishing as top QO on Green and 23rd of 84 overall. Bill Vigar and Roger Craddock were 9th and 14th respectively of 56 entrants on Short Green. Ollie and Annabelle Lewis were 4th & 5th of 11 running the Yellow.

Annabelle Lewis is the early pace setter on Yellow, ahead of brother Ollie by virtue of her win on Dartmoor earlier in the month.

Next up- The November Classic

A dozen plus members are going, some for the urban, some for the classic on Sunday and some for a bit of both. The 51st classic race will be at little-used Hampton Ridge on the edge of the New Forest.