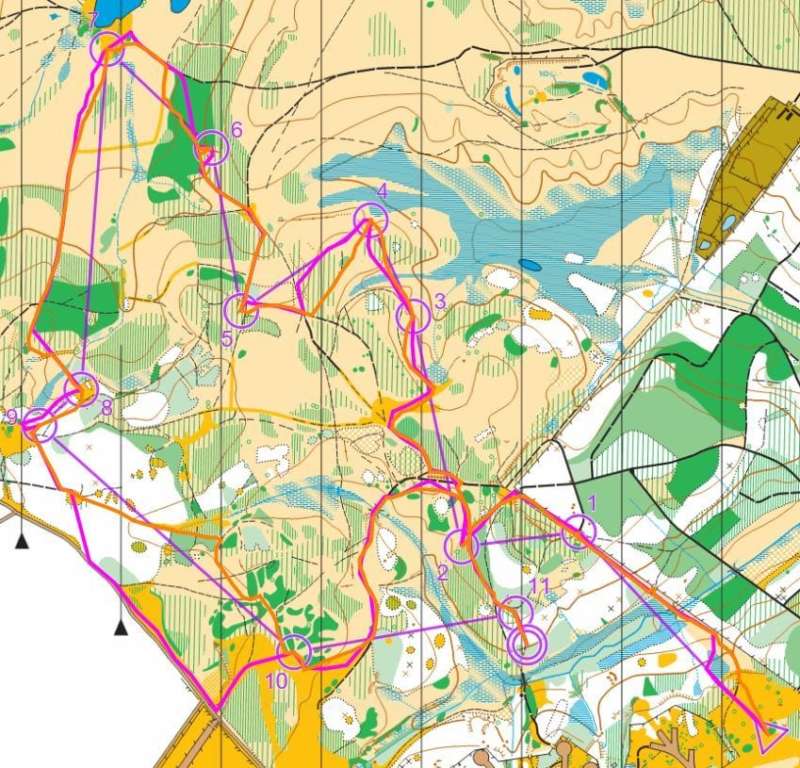 Nine QO members managed to make it to the Galoppen on the edge of the New Forest at Holmsley on quite fast heathland. Some of our members have put their routes on RouteGadget. Run of the day was probably Tony Milroy's on Short Green.

Going into the contest, Bill Vigar was winning the Short Green league by 326 points and Tony Milroy was in 4th place. Peter Hambleton of SARUM has now overtaken Bill at the top, leading by just 70 points. Tony is now 5th and would need to win the last Galoppen in North Wiltshire to have a chance of a top 3 finish.

Tony Hext is 5th on Green but like the other Tony is some way off 3rd place in a competitive league.