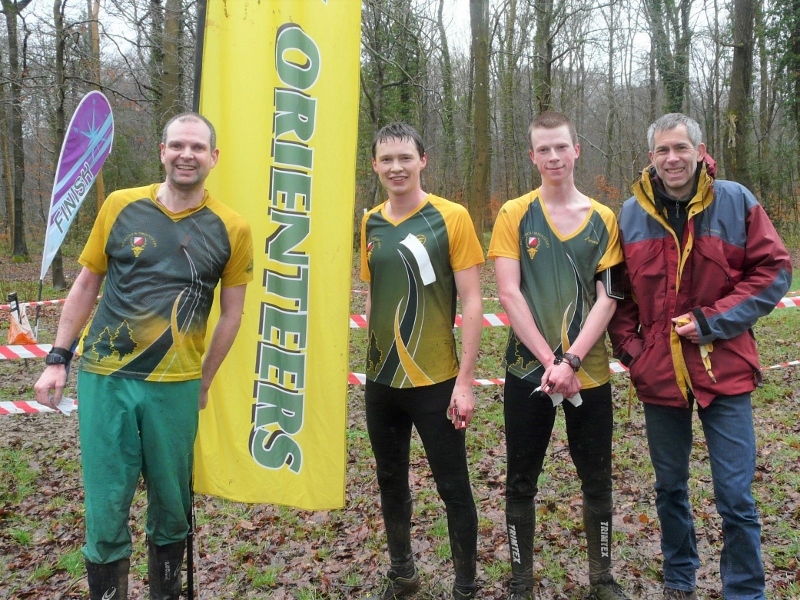 The novelty of hiring a luxury coach that doubled up as a changing room, warm up area and entertainment lounge was amongst the highlights of this fun club away day. Many folks ran in a different course class than usual but the results were still good.

Up against unusually stiff competition this year after our promotion to the contest for the bigger clubs, we still had many runners showing up well against the established big clubs. Those being Bristol OK, Devon OC, North Glos OC and from the east Berkshire OC, most bringing elite runners, internationals and strength in depth. 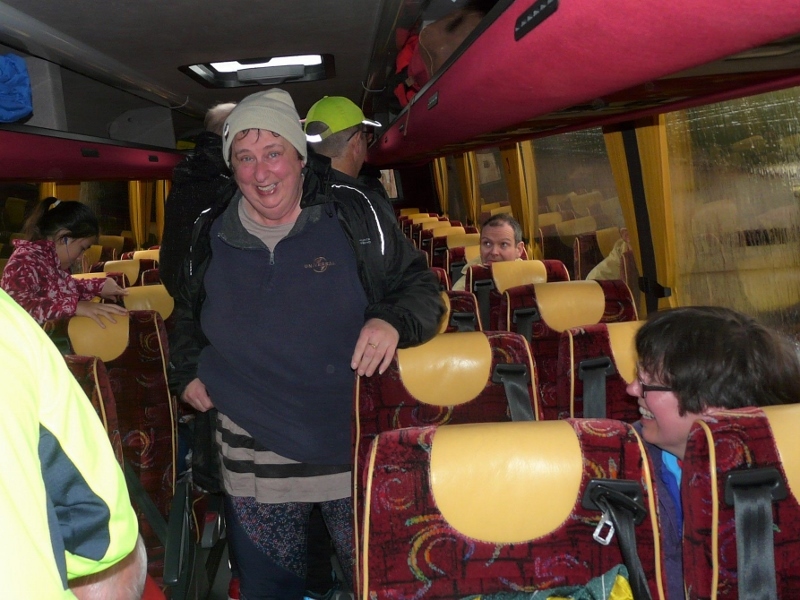 It was tough out there on the muddy tracks and those on longer courses heading out to Coopers Hill to the west came off the tracks at some points to escape the mud.

Congratulations to Angela Modica for finishing as QO's top scorer with 96 points from a maximum possible 100, reflecting her 7th place finish on the Women's Green course (out of 38).

M21 Adam Fieldhouse's QO debut was almost an excellent one- he would have finished up with the Elite runners on his Brown course if it wasn't for a mishap near the end, on a control by unmapped paths which had also bamboozled several others.

A contender for performance of the day was the bus driver's amazing five point turn through a narrow farm gate from a busy main road to within 2mm of a barn door in a makeshift parking bay. All performed very smoothly apart from an inevitable rocking motion as we traversed uneven ground.

So what became of the bus? Well, with muddy boots politely left at the door and a cleaning fund left for the driver, we are hoping we may be able to use this sort of facility again in future! 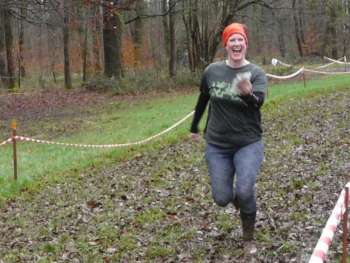 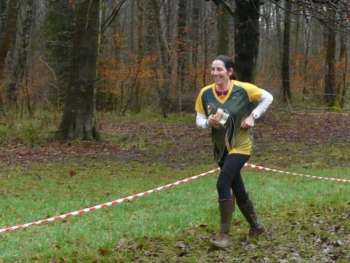 Rachel B on Women's Green course 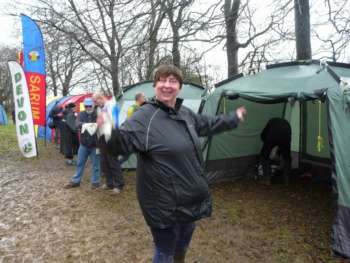 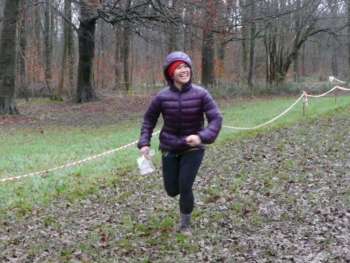 Izzy finishes with a smile 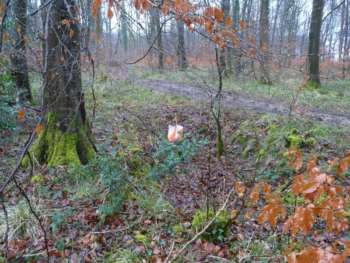