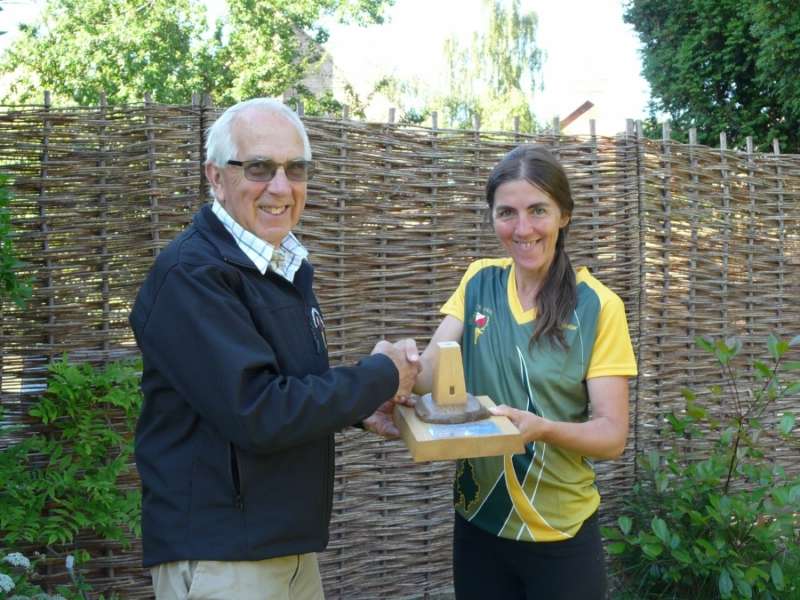 The trophy is award to the person deemed by our club chair Roger Craddock to have made an outstanding contribution over the season. Angela Modica was rewarded for her work with our junior group and significant contributions to our event programme.

Roger presented Angela with the award shortly after the inter-club relay event at Fyne Court, which went so well and was planned by Angela.