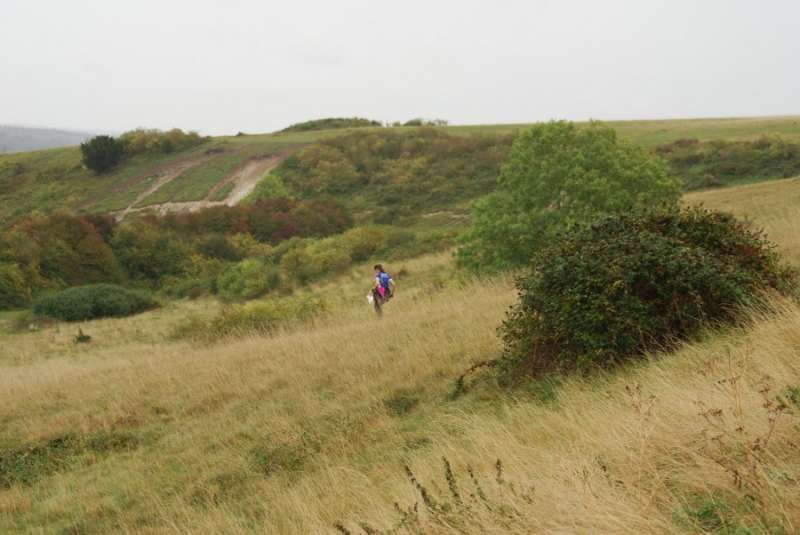 Bill was 18 minutes clear of the runner up Bill Brown of Wessex OC on a largely straightforward military training area on chalk downland. Tony came within five minutes of the winner in his age group. 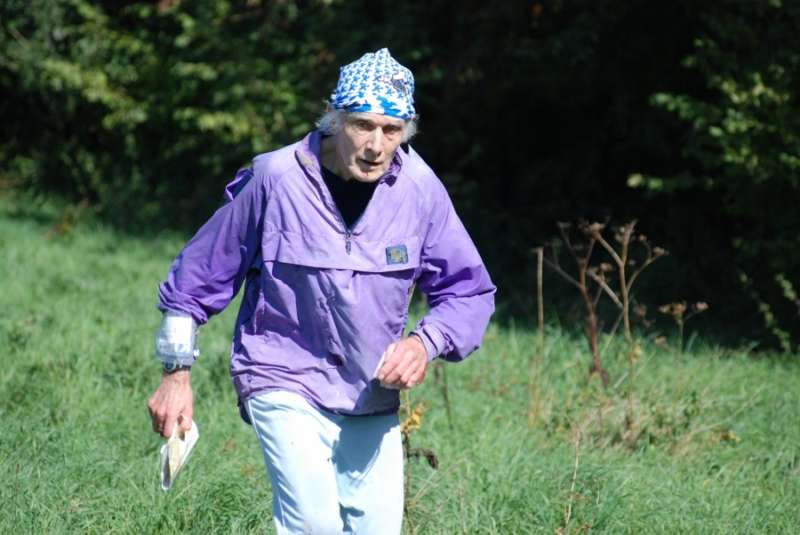 The terrain was trickier than on Day 1, with quite technical areas linked by long legs, one of which took competitors on the longer courses to the hill, an iron age hillfort overlooking the military terrain.

Forecasts of strong wind and heavy rain fortunately proved wrong, with competitors basking in some sunshine while waiting for the prizegiving ceremony.

Bill secured the Caddihoe Chase title for M80 to add to the SW Long distance title earned on Saturday. With his nearest competitor not showing, it was a near formality for Bill. Indeed he enjoyed a three quarters of an hour advantage over runner up, Wimborne's John Warren, despite admitting to several mistakes! 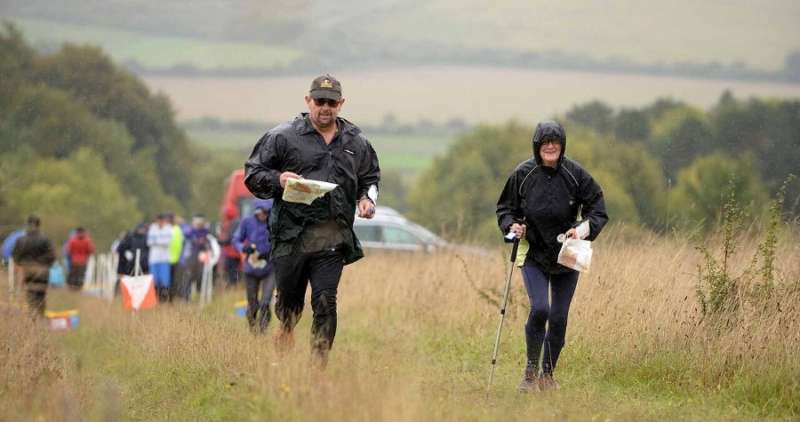 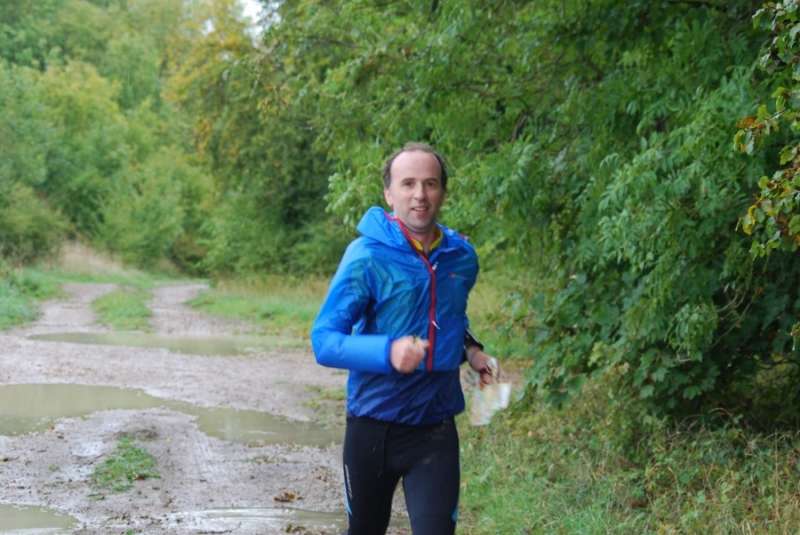 Martin Lewis competed on M50 short course and over the two days did well to finish ahead of the winner of the 2015 QOFL Green course, John Chesters. Martin has discovered a new rival though, a female on the same Short Blue course, who managed to stay on his tail for most of his day 2 course, despite (or because of?) using (turbo charged?) walking poles.

Martin said "I'll go up a course now if she is running! We did have a good laugh before the start so really I didn’t mind". 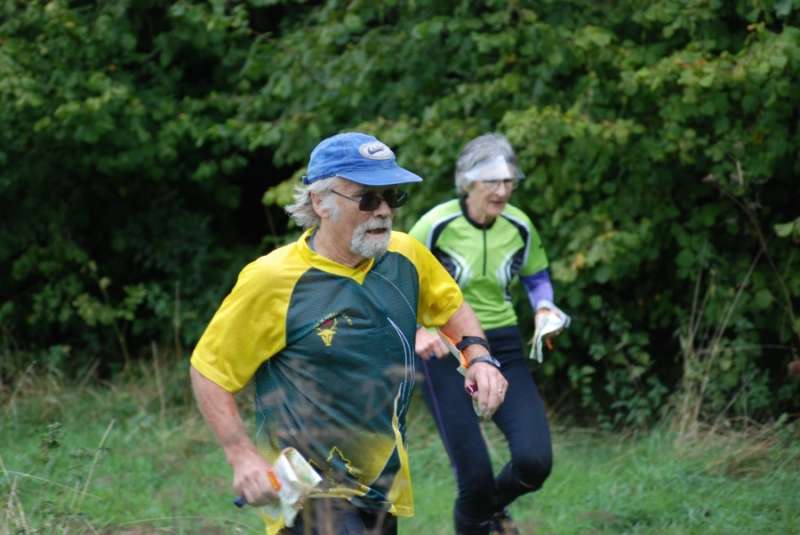 Tony Hext has increased his speed and has been achieving 26.5 minute 5k's on the flat, but had to settle for 5th of 8 in his first year as an M70.

On M45, an early mistake by Richard Sansbury wiped out his five minute overnight lead over Jeff Pakes, with Richard possibly paying for his pre-dawn trip to nearby Stonehenge for a rather washed out Autumn Equinox, set against a backdrop of brooding skies and the chanting of stick-waving druids.

But ring-rusty Richard, who urban races aside has been largely absent from the sport this year, rallied and by the race's midpoint was ahead of Jeff again. The 'lead' (neither were in contention for the M45 title) was traded twice more with Richard finishing more strongly to take 4th, with Jeff 5th out of six. 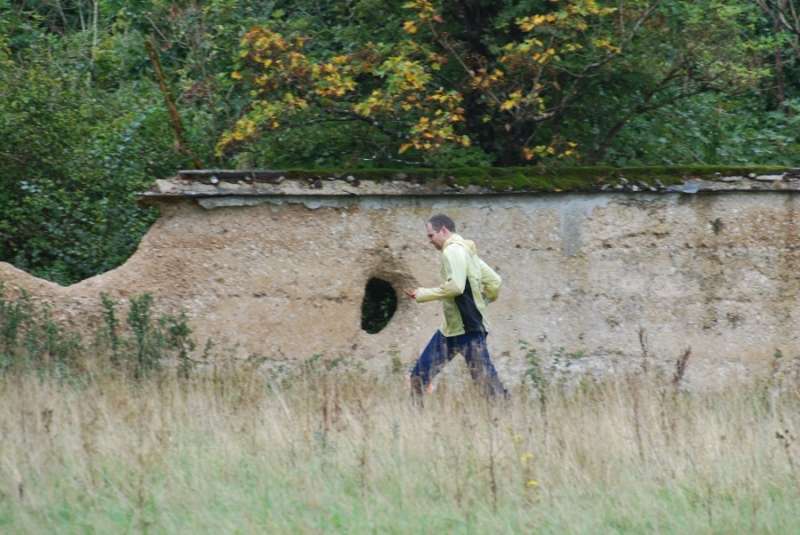 Jeff near the end of Day 2
Credit: Steve Rush 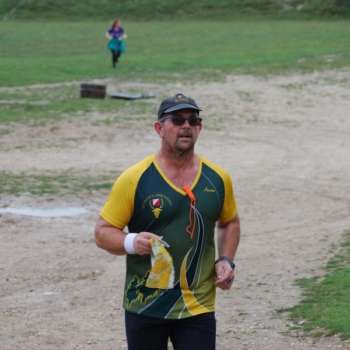 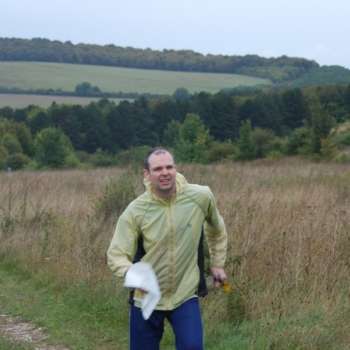 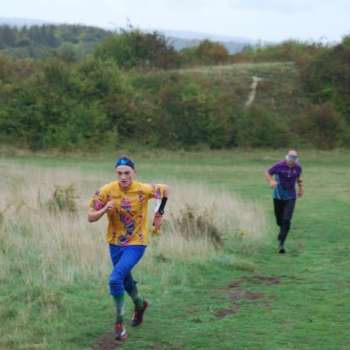