A baptism of fire? 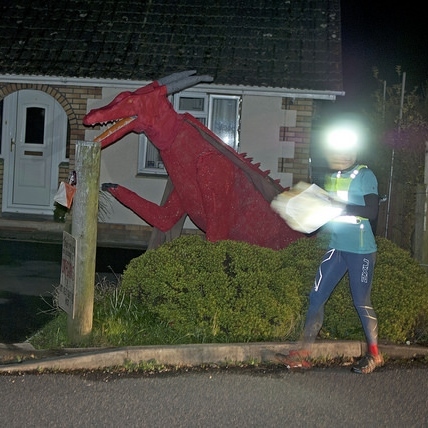 These events are often billed as being not for the faint-hearted - especially for those who fear creatures of the night. Even if some of those are figments of the imagination - or are they?

Our eastern-based members the Marsons have been sampling some after dark-events at our neighbouring clubs, including a close encounter with a fire-breathing dragon patrolling a control at Gillingham earlier this month...

Samantha and Guy were at Dinton Park near Salisbury on Saturday 3 February for Sarum OC's event. A dozen or so of our members will be familiar with that venue from last summer's relay series, where the only four-legged hazard was a roaming herd of cows. Samantha did what we encourage newcomers to do on the Saturdays when we have both a JOG and an after dark event - she ran in the daylight event, thereby getting used to the area before trying the after dark course. 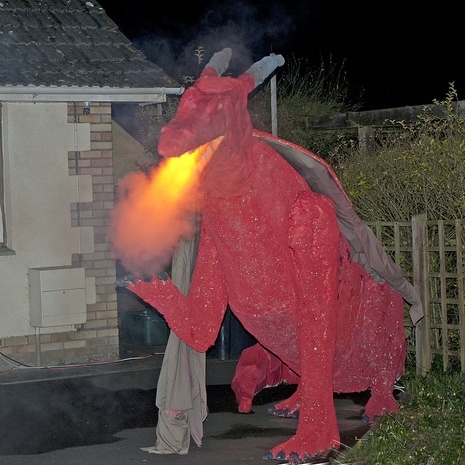 Samantha went on to have a very good result Wimborne OC's event the following Friday's in Gillingham, not only finishing above some fast and experienced orienteers but avoiding being singed by the red dragon that seemed to be living in someone's front garden (see picture). Was it really worth bagging that 50 pointer with a 3m monster breathing down your neck?