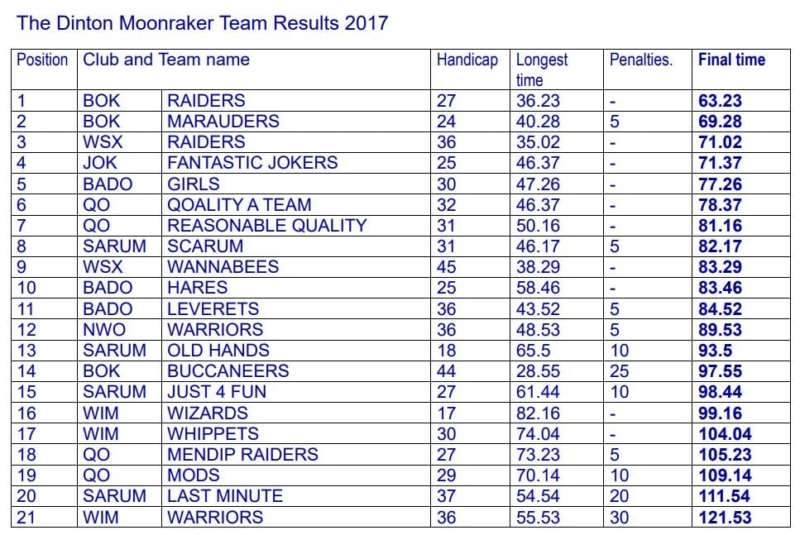 Four club teams competed at Dinton Park (National Trust) near Salisbury and the A and B teams finished in the top third! The format was very different to Ashton Court last week- very little waiting around and constant running in the midday heat. Plus dodging a herd of cows. Results 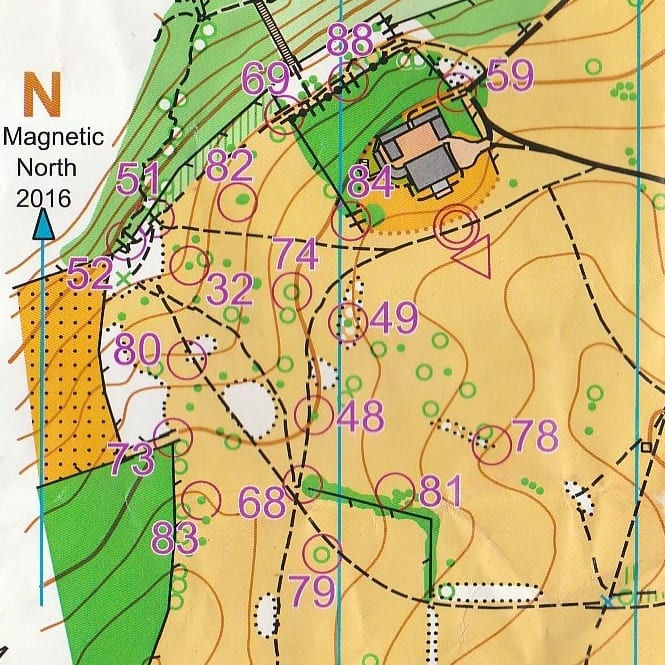 First off, yes, Sarum OC's annual Moonraker relay has nothing to do with night orienteering. It usually takes place on a pretty hot day.

The Moonraker always requires a plan. And the planning is part of the fun - if you're logically minded. Fortunately, we had mathematician Graham Hartley (team captain) and relays veteran Jim Mallinson to determine who would run on what map and when. Each team has three runners and four maps. Each map has to be 'run' twice, so that's eight legs in total.

Generally, our teams' individual runners finished within a few minutes of each other, giving us near optimal results and demonstrating how clever are captains' plans were.

The strongest two in each team are given the most distance. On this occasion, the maps were:

View from Phillips house over the park
Credit: Sarum OC 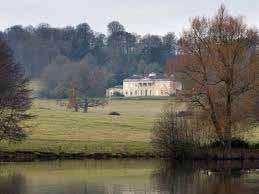 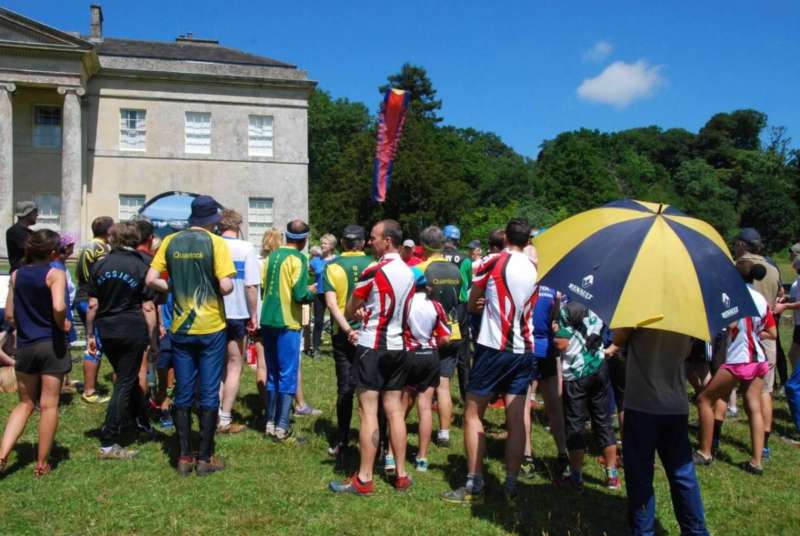 Talking of animals, there's a team you won't see on the results list. There was a herd of about 30 cows who joined the Long course leg being run by Brian and myself at about control number 4. They matched us neck and neck up to the eighth control. At this point they cheated, heading straight for number 11 but not before leading a trio that included Brian into the wrong control. Talk about following the herd...

There were also some man-made hiccups. Preoccupied with trying to remember my briefing, I set off on my Micro Score course without my compass and promptly headed in the wrong direction by about 45 degrees. I grabbed the compass from Brian's car on the way between two later controls! I was not alone. Another runner ran away with two dibbers and ran back only to realise no one else needed the 2nd dibber anyway. Then another runner took the wrong dibber.

Despite, all this, the results were good...

The A team of Graham, Brian Pearson and Jim finished 6th out of 21 and beat all SWOA clubs except Bristol, whose teams filled the podium places, and the perennial series winners Wessex. QO sit 6th in the series table now, with 3rd place a realistic target behind the two favourites.

Even better, the next team to finish, less than three minutes behind, was our B team of Jeff Pakes and Judy & Alan Nesbit. Alan, who together with Judy had previously belonged to Bristol OK, joined us on Wednesday to make our team eligible to compete for the club.

The Green and the Modica family teams also produced creditable results, finishing only five and ten minutes respectively behind the A team of 2015 series winners, Wimborne OC.