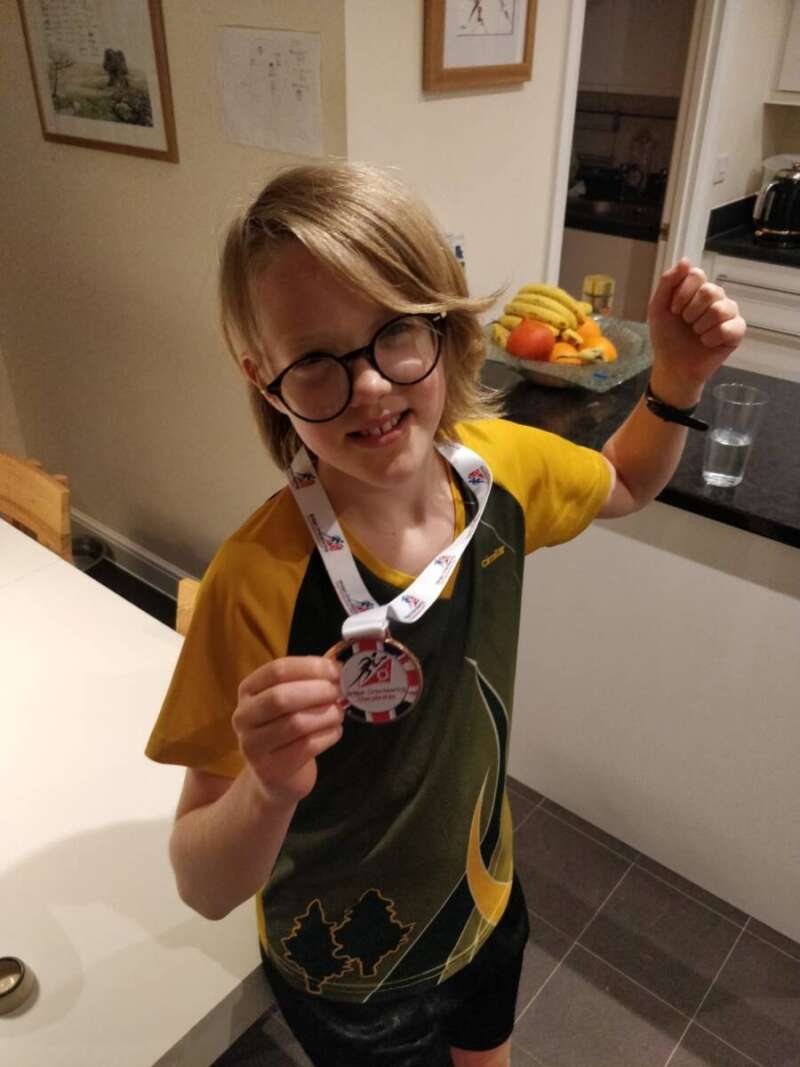 Rain, sand and medals - how Quantock Orienteers got on at the UK orienteering championships last weekend at Braunton Burrows, Devon.

Devon and BOK pulled off a massive feat to hold a large scale event in such a short time despite uncertainty about lockdowns and social distancing requirements. Further challenges, like a horrendous weather forecast (which at one point included thunderstorms and gusts up to 70km/h) and a national petrol shortage added to the organisers’ woes, but in the end, the event went ahead.

Braunton Burrows is a complex area of sand dunes with massive of contour detail - a challenge for any orienteer even without the heavy rain showers.

On Saturday, it was the British Long Distance Championships. Brian Pearson has a good run on M60L earning a ‘Championship’ award:

“My last run there was in 2019 and had a few problems staying in contact with the map. Errors were costly so I wanted to avoid a repeat and spent a bit of time geeking the old map and thinking about my approach… I decided to not worry about going straight and instead detour for the paths or easier running. Also tried to simplify routes and make the controls bigger by using the nearby features. It was still tiring and really had to stay on top of the orienteering towards the end on both days.”

“The map was very intricate with all the contours as it was over sand dunes and I found it quite difficult to know where on the sand dune the controls were. There were a lot of paths so you needed to check the map to know which one to take. While I was running the weather got very wet and it was sometimes difficult to see the controls. I am very happy that I came third in my age group, and I am looking forward to the next orienteering event.”

Many of the courses had a spectacular final control, as Phil Sorrell described it:

“The run down to the final control must surely be the best orienteering leg ever - flying (almost literally) down a steep sand dune - amazing fun!”

The weather improved slightly for Sunday’s Middle Distance event (as in there was hints of the sun between the heavy rain showers!). Special mention to Robin Fieldhouse who came 9th on M21, Brian Pearson who had another good run coming in 9th on M60, Rosie Wych who is 5th on M65 and Oliver Lewis who was 4th on Orange.

Phil Sorrell, after discovering how easy it is to make mistakes on the dunes the day before, came in 7th on M40:

“My confidence was much higher on Sunday - I was caught very quickly by a W21, who gave me a tow for the next few controls before disappearing into the distance. I was of course still using my own map, but there is a boost of confidence you get that someone else is validating your choices. I was much happier navigating through the technical terrain and although I was slightly off at control 9 and overshot control 11, my relocation skills were a step up from the day before and I felt much more in control over the course.“

We received the following from Phil Beale, volunteer co-ordinator DEVON:

“Can I please say a very big thank you to each and every one of you who joined our very willing and cheerful team on Saturday and Sunday.

It was a bit hectic at times dealing with the weather and the mud, but somehow we all managed to do our jobs, cover for others who were busy, and for some, be there in reserve just in case you were needed. Everyone did a fantastic job and we are sure all who attended appreciated your hard work.

There were many comments thanking us for helping make sure that a British Championship event was held in 2021 in a year when it could so easily have been omitted from the orienteering calendar.

Devon Orienteering Club and I really appreciate your support and all that you did, and hope to see you at an event again soon.”

We also received thanks from our team leader, Helen Errington, on behalf of British Orienteering:

Thank you so much for all your hard work over this last weekend. You all did a fantastic job of collecting in trophies and handing out medals and prizes and trophies.”

A massive congratulations to everyone who took part, especially to our two medal winners, to BOK and Devon Orienteering Club for putting on the event and to everyone who volunteered.

You can read more on how people got on at the events, with more detailed analysis on our chat site: https://chat.quantockorienteers.co.uk/t/caddihoe-2021-south-west-middle-and-long-distance-championship-results/128

View all the results, maps and read the planner and controller comments.

If you are taking part in an event - local or further afield, you can share how you get on by posting at https://chat.quantockorienteers.co.uk/ or by emailing phil.sorrell@hey.com.