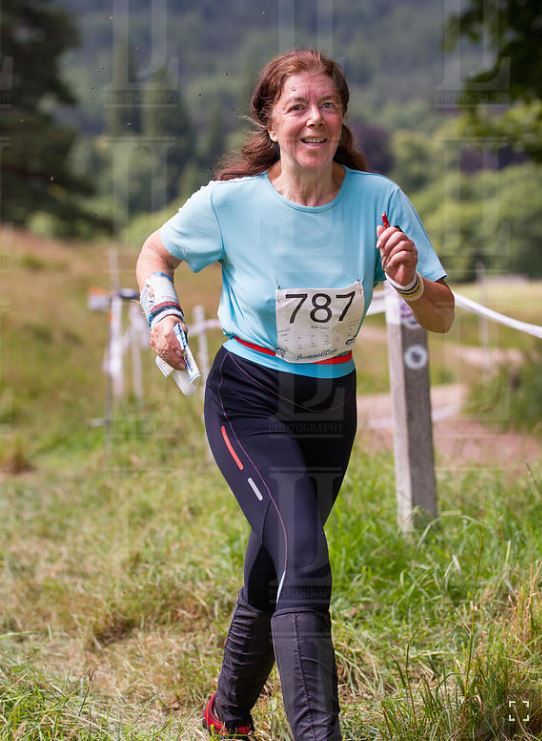 It is with great sadness that we heard that Sue Gard passed away on Maundy Thursday after a short illness. Sue was a keen orienteer, and had been an active member of Devon Orienteering Club in the 1980s and 1990s before moving to QO. She actively supported Junior orienteering, and supported the South West squad at National Events.

When she and Bill moved to Hemyock she became a member of Quantock Orienteers and was soon actively involved as a double act with Bill in organising, planning and controlling events in the Quantocks or Blackdown Hills. In these roles she will be sorely missed.

Sue travelled widely competing at all levels representing England and taking part in World Masters and other major events in Europe. The Scottish Six Days was another favourite event but the mid-week rest day was anything but that. I can remember two separate occasions when Margaret and I were at the peak of a Munro and Sue and Bill appeared from the mist for a totally unplanned meeting. 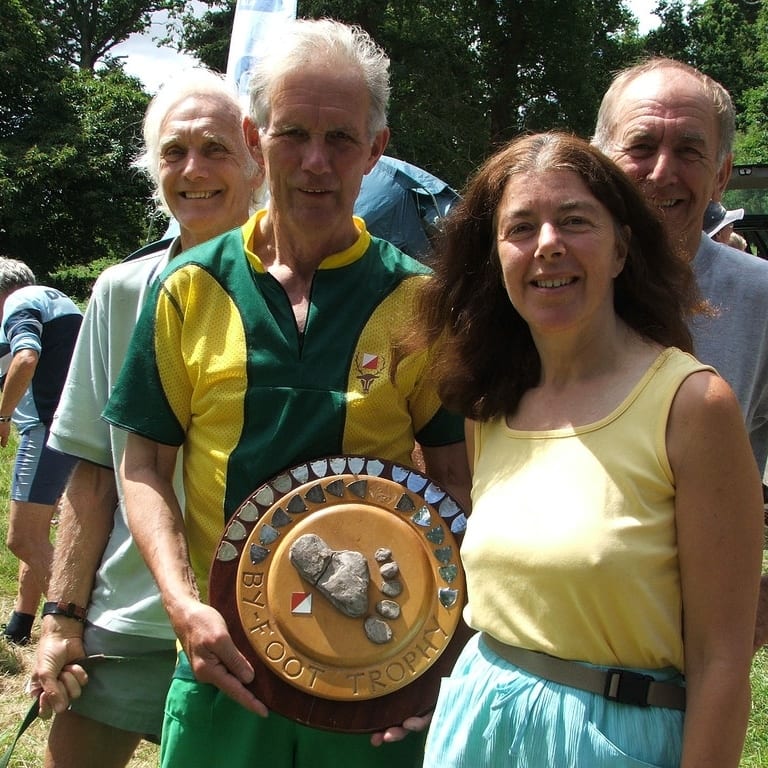 Away from orienteering Sue was a keen gardener and at one time worked at Bicton Gardens. Among her other interests were badminton and butterflies and walking with her dog Millie and before that Ben.

Sue fought bravely against the illness which eventually claimed her. Our thoughts are with Bill and her family at this sad time.

The funeral will be held at the East Devon Crematorium on Thursday 9 May at 12.15. It will be a short, low key, non-religious affair. Formal dress is not expected as it will be a celebration of her life. No flowers please but there will be a collection for the Devon Wildlife Trust.

There will be an optional gathering afterwards at the Thirsty Farmer in Whimple EX5 2QQ, where all her friends are welcome to gather for a buffet and chat.

Please let us know if you would like to attend this to give some idea of numbers. You can make contact either by text to Annabel on 07772 237373, or email to Bill at billg-vigar@freeolamail.com.

The post code of the crematoriam is EX5 2PT. It is on the north side of the A30.

From Exeter
Take the A30 East in the direction of Honiton. Exit at ‘Daisymount’ for Ottery St Mary & Whimple and take the first exit at the roundabout. The Crematorium is approximately 500m along this road on the left hand side.

From Honiton
Take the A30 West in the direction of Exeter. Exit at ‘Daisymount’ for Exmouth and Budleigh Salterton. Take the 4th exit at the first roundabout and then take the 1st exit at the second roundabout. The Crematorium is approximately 500m along this road on the left hand side.

From M5
Exit at junction 29 and take the A30 East in the direction of Honiton. Exit at ‘Daisymount’ for Ottery St Mary & Whimple and take the first exit at the roundabout. The Crematorium is approximately 500m along this road on the left hand side.