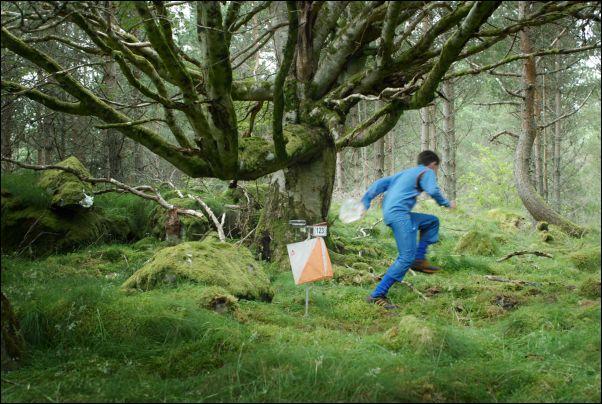 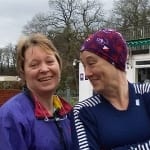 Adele with a friend from Saxons OC

Much to my family’s consternation I'm a Scottish 6-Day addict having attended them all since 1989 (sadly the chain was broken in 2005 so I was getting us back on track with Spey 2007). Despite the midges, I just love Scotland, perhaps because my Dad was a Glaswegian and we visited a few times when I was younger, so I enjoy getting my 'fix' every two years.

We loaded our 1972 WV Bay Window camper and set off on Friday, August 3 - you need to allow an extra day for travelling when your top speed is 60mph downhill with the wind behind you - stopping over at Tebay Services campsite between junctions 38 and 39 on the M6. We arrived at our holiday cottage in Nethy Bridge around 5pm on the Saturday.

My husband Mike was a bit miffed I'd booked a cottage rather than use the van but I think he was relieved as the weather the first few days proved very unpredictable and I appreciate having the use of a washer and dryer with all that smelly O-kit around. It's also always been a tradition as we share the cottage with friends from SAXONS and it's a great opportunity to catch up. Mike was also relieved I hadn't chosen the Event Centre campsite option when we passed it on Day 5 and he saw the open sinks standing in the middle of the field! 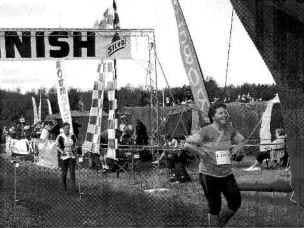 As the weather was dubious I dipped out of Day 1 and we enjoyed a family bike ride to the Osprey Centre (no Ospreys) but we saw red squirrels. After that we attended the remaining five days of the orienteering and I enjoyed them all. A good mix of different terrain which really tests your stamina (I don't have any) and map reading skills. Day 3 referred to 'many erratic boulders' which made me smile and I had visions of seeing groups of orienteers being chased out of the forest by 'disturbed boulders unhappy about being disturbed! I can't believe just how slow I am moving across some of the terrain, particularly knee high heather (how do these Scandinavians get round the short courses 28 minutes? That's fit, they must fly.) but I was happy that I knew where I was all the time, apart from one day when I was going to no. 5 but looking at no. 6 and the penny didn't drop until I found no. 5 (pure fluke!), 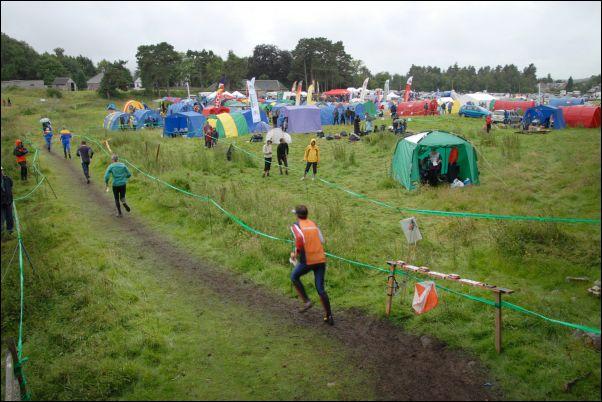 Aside from the orienteering we enjoyed grass sledging, taking the Funicular train up the Cairngorms (we've told Andrew he'll be walking next time), cycling and canoeing round Loch Morlich, seeing red squirrels on the bird table every day, walking and an afternoon on the beach on the Moray Firth after Day 4.

After we left Nethy Bridge we had another week's holiday, and spent a couple of days meandering down South stopping over at Tummel Bridge. After skirting round Edinburgh we came back along the Northumberland coast which is an area we hadn't visited before and enjoyed seeing Holy Island (Lindisfarne), Alnwick Castle gardens and cycling along some of Kielder Water and returning home via the Southem Lakes.

A great two weeks. The weather could have been better, but somehow we seemed to miss the worst of it and it's just great to spend family time outdoors and be active (you've probably gathered I'm not one for lying on the beach; 30 minutes and I'm bored).