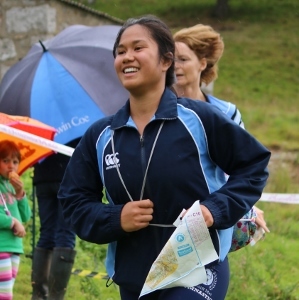 If Bristol club's Sunday event was a short hop for many of the two dozen QO attending, it was practically on the doorstep of two of our top performers, one of whom was new member Janet Scott who won the Long Orange course

With just 1000m to go, Janet sneaked into the lead for the first time in the 5km race and held on to win by five minutes. Sharing the three mile journey from Cheddar was Janet's brother-in-law Graham Hartley, who 'ran up' a class and almost made it into the top third on the Blue course. 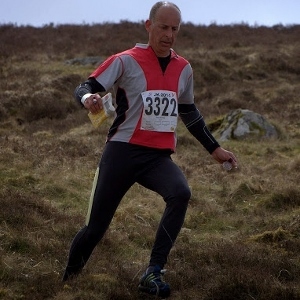 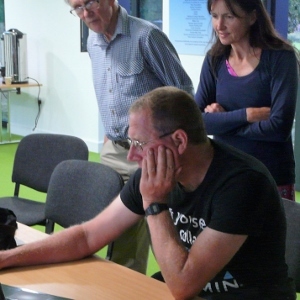 Did well on Blue- Ian P, seen at a QO course

It was a lovely warm clear day. From the large expanse of open terrain, views could be enjoyed towards Chew Valley and Blagdon Lakes plus a mini gorge to the north east and to Bridgwater Bay to the south west. Despite tiring himself out with a cycle ride the day before ("I had nothing left in my legs going up those hills"), Andy Rimes was our leading finisher overall, taking just over 80 minutes on the longest course (Brown). 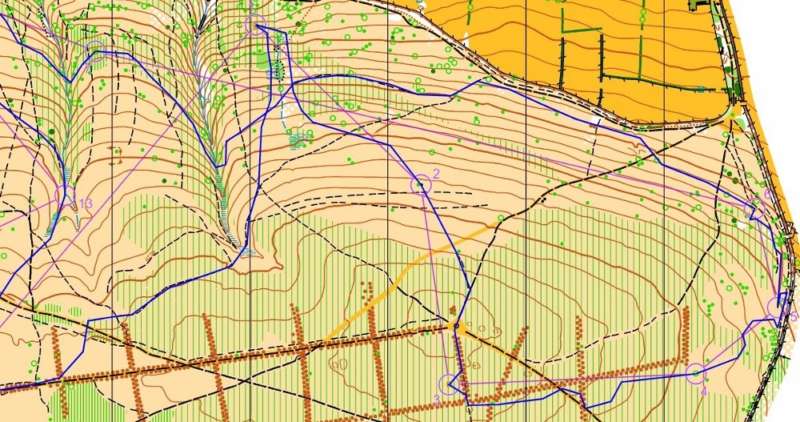 Martin Lewis continued a so far smooth transition up to Green level by finishing in the top half and only seemed to encounter any sort of problem on one control. 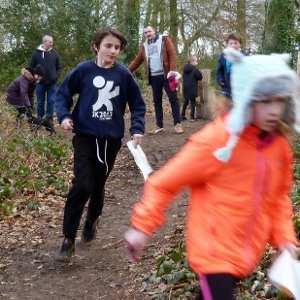 Bill Vigar couldn't replicate the fine form he showed at Ashclyst but was still top QO on Short Green.

Heather Green was going well and was 5th (out of 17) on Light Green but she then had a problematic fourth leg, as did half of the competitors on her course.

Tate Modica took third place on Long Orange, five minutes behind the winner. That course is rarely offered and intended for adult beginners or junior improvers who like to run and run.

Sam Shirvington and Louise McTighe had a real ding-dong battle on Orange - they overtook each other two times each with son eventually beating mum by a minute! Izzy Lewis recovered well from a slow start and got ahead of Sam for the first time on the last control and so finish the top QO on that course.

Ollie Lewis whizzed round the Yellow. By finishing 6th out of 20, he also beat someone who topped her age category at the recent JK.

We didn't have any representation on the White course, but had at least two people running on all other courses.