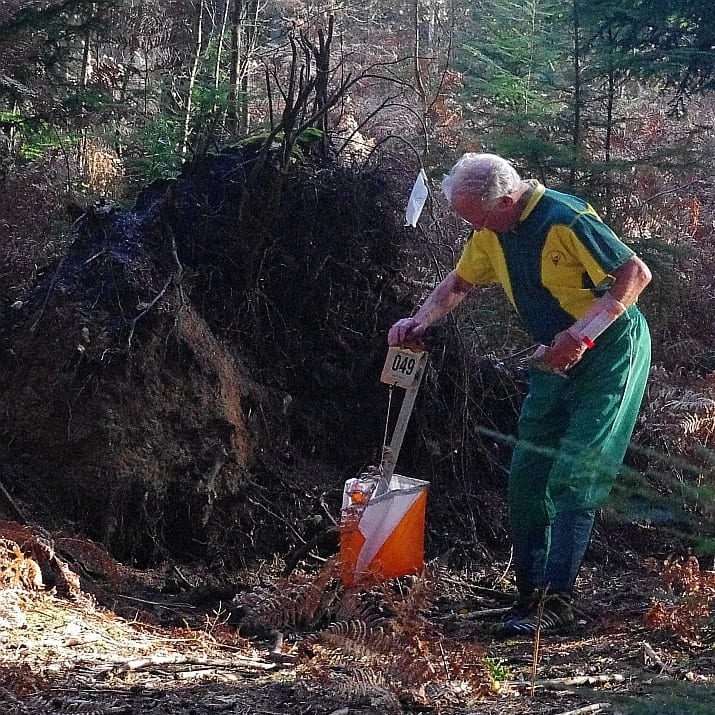 As announced in my last post, my battery has run down and I have retired from active competition. However at the Taunton town event someone came up and offered me access to a new battery charger, which proves that someone reads Quonicle!

For many years Quonicle has been printed by Walton Press of Glastonbury and distributed by hand usually by myself walking round a carpark before posting the remainder. I can honestly say that during that time we have never missed a deadline.

As most of you will know I am a member of a group called the BOK Army who attend Army training events on Wednesdays. I was deeply touched this week at our Christmas lunch to discover a song had been commissioned to mark my retirement (or was it celebrate) “ Goobye Michael C” sung to the tune of Candle in the Wind or Goodbye English Rose by Elton John the refrain was:

I did point out that the Lyricist, Howard, had obviously orienteered in a country that I had missed ie “Cloud Cuckoo Land”.

I would like to thank everyone for all the hard work that has gone in during 2015 to make it a successful season. Long may it continue.

And now as 2016 is with us I close by wishing you a Very Happy and successful New Year. May you achieve all your aspirations and even if you don’t quite make all of them enjoy the experience.