There was some fast orienteering on the open healthland of Hampton Ridge, just west of the New Forest. The prestigious annual 'Classic' race attracted competitors UK-wide.

A mix of super experienced and relatively new members took part on a mild albeit occasionally wet day. Bill Vigar had ran there many times before, including at the 2009 British Orienteering Championships. But even that couldn't help Bill avoid a costly mistake this time, in contrast to last year's Classic, when he was an age group champion.

Bearing that in mind, well done to the less experienced members for testing themselves on such challenging terrain. 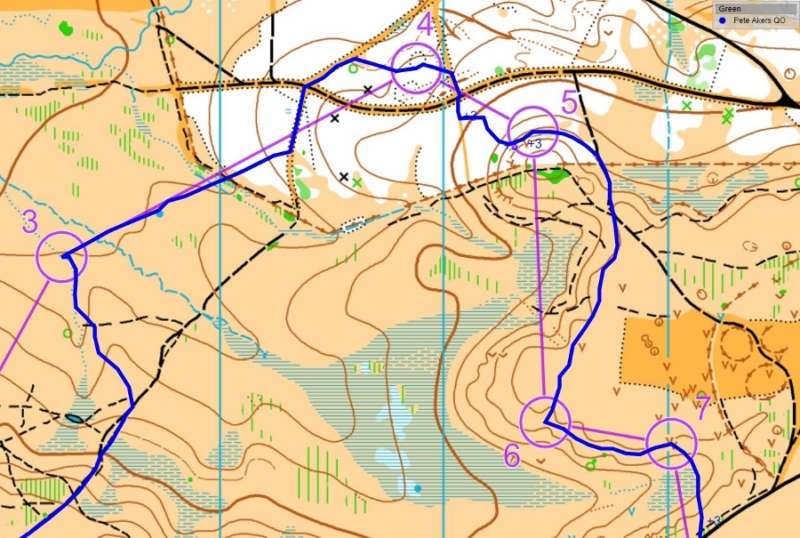 Part of Pete Akers' route on the Green course in Sunday's Classic race is shown here. Pete is quite experienced on New Forest terrain and this showed in the middle part of his run, when he kept it steady on tricky terrain. He chose a reliable route into control 3, first a path junction, heading down the west side of a vague spur into the re-entrant adjacent, which spawned the wet ditch he hit and followed to the control. To #4, he went straight before until he hit a ride, which led him to his attack point, a large mapped tree by a small piece of rough open. He sensibly avoided the marshy low ground and losing or gaining too much height en route to #6, skirting the edge of the slope, which also kept in the right direction to hit the re-entrant hidden beyond the ridge to the south. Then a bit of contouring to #7. 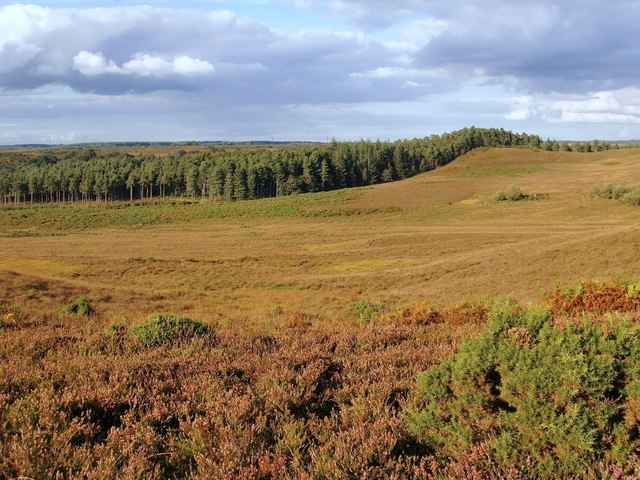 In rough order of merit, on the long courses:

On the short courses:

Annabelle Lewis was 2nd on the W12B course. Guy Marson and Adele Appleby also ran in their age class categories.

Esme Marson was 4th of 7 on Orange and Pete Akers 5th of 9 on Green.

The excerpt from the Short Brown course Jeff Pakes ran shows the route choice of three evenly matched runners on leg 7 to 8, with varying results!

Going direct cross country yielded similar times to those choosing to stretch their lungs on the longer path route to the north. But the trickier navigation and extra concentration required 'going straight' made some go wrong! See the route shown in green.

The preceding part of the November Classic weekend was held in the ancient city, dominated by one of the largest cathedrals in Europe. Not that our five runners were looking up much, as they dodged the traffic and made quick navigational decisions. Andy Rimes was an impressive 20th of 74 on the supervet mens' course (M55+), just five minutes behind the winner. Jim Mallinson was 14th and Tony Hext 17th of 51 on the ultravet mens' course (M65+), both roughly 10 minutes behind the winner's time. Rosie Wych was halfway down the field on W60. Adele Appleby and Martin Lewis both had decent runs too.