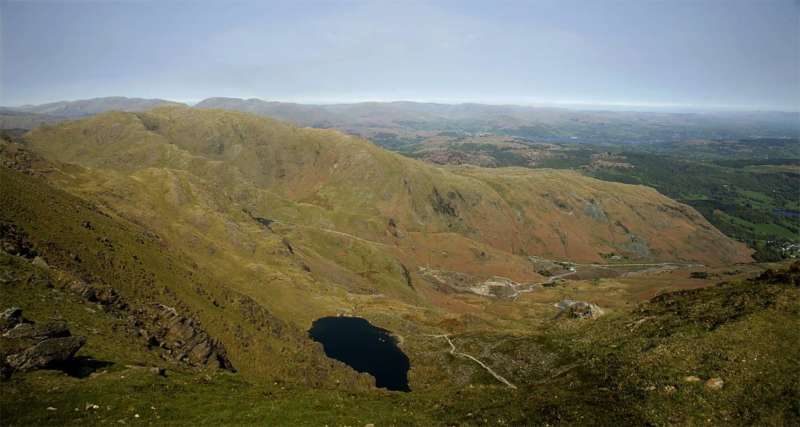 An article about a member's fell running trip.

As we drove up the M5 my passenger, the redoubtable Ifor Powell, was telling me how the Trial was the oldest orienteering style event in the country. I had read about it in Askwith's excellent book*, and I knew its fearsome reputation. "Not more than 20 miles or 8000m of climb" was promised for the Long Trial.

I was very anxious; perhaps I should have gone for the Short Trial. Each year the event covers a different part of the lakes, and 2005 was to be Coniston. I'm not terribly familiar with any part of the area, and I'd never been to Coniston. The start was from the event car-park at Low Tibberthwaite. Runners were leaving in twos and threes at minute intervals, with the older and novice competitors having the low numbers on their vests.

I was number 52, off within a quarter-hour of the first starter, and I ran the flagged route for about five minutes to reach the map issue. Ifor's warning words were now uppermost in my mind - "be very careful to find the first control and not be confused by controls by the Women's Trial or the Short Trial - they'll be very close together. 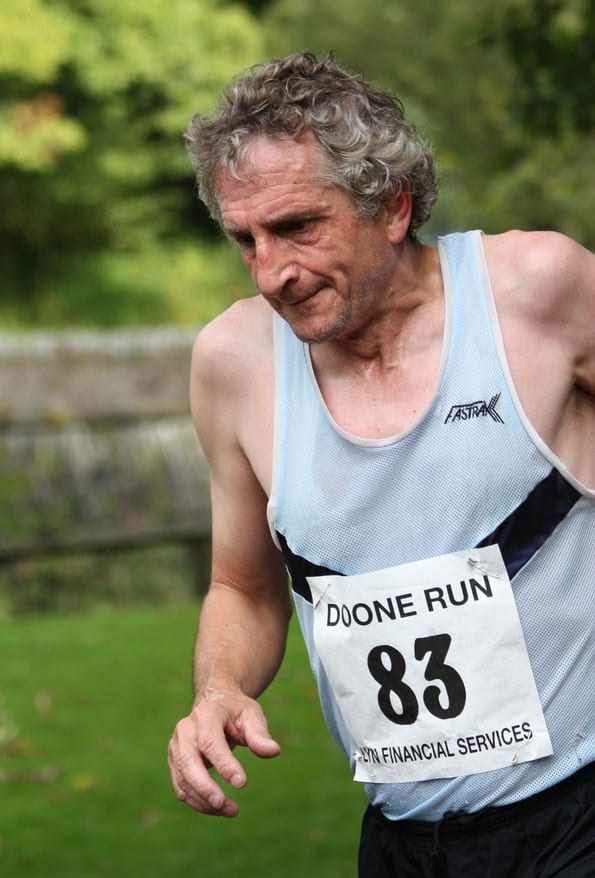 With the map now in my hand, I did what I often do at the start of Oevents, and anxiety turned to panic...and my race day was effectively over. However, the weather was good - warm and clear - and I resolved to have nice day out on the fells. The route to control 2 required a big climb up the side of Furness Fells to a control flag just below Black Sails. No problem.

Down from there to skirt Levers Water reservoir where I chose not to go up over the tops but to go round south of the Old Man to reach 3, in a quarry well down from the summit. I noticed the legendary Joss Naylor running nearby, and as we searched the hill for the control flag I heard him say "I think I was here last Tuesday".

Looking around at the steep and dangerous scree of quarry slack on which we were contouring, slithering down the hill with every step, I thought who the hell would want to be up here on a day out! My route to 4 involved another contour on a very steep and loose slope above Goat's Water. Below me were those who had chosen to lose height to reach easier running, but they seemed to be in great danger of being hit by some very large boulders being dislodged by us up here, and they would have to climb back up at the end of the col, so I stayed where I was.

Over Goat Hause, and an easy run down the Seathwaite Fells to reach control 4 by the road in the Duddon valley. The next leg started with a mandatory path through OOB across Dunnerdale forest and up towards Harter Fell. I was now being passed by lots of high numbers - younger, or fitter, or both but I reached the most distant control 5 nestled under the crags on the north side of Harter, still feeling strong.

I tend to find it's a big mistake to let this thought cross the mind in long events, and within 15 minutes on the next leg, I dropped my foot into a hidden hole and fell heavily onto a rock, breaking a rib. I lay there for a minute, idly imagining my return journey by air-ambulance, before realising that finishing the course would probably be the easiest option. Ribs are not essential to ambulation, and the quacks never do anything for you when you present yourself, I figured, so get on with it. Navigation, increasing temperatures and lack of water kept my concentration on other matters. 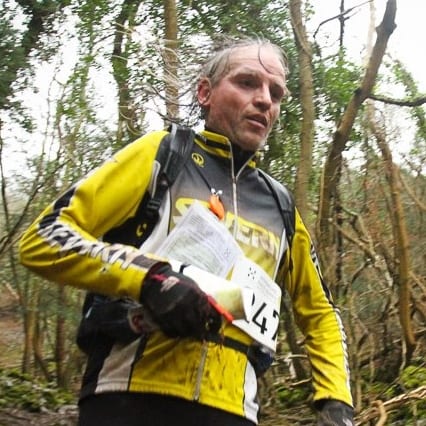 Much of the rest is rather hazy. The SI box at 6, in the crags north of Hard Knott, was faulty and I spent a few happy minutes stationary, trying to beep, before the marshal informed me I had been noted and to continue (thanks!) and then on down to the road at Cockley Beck.

This, I think, was probably one of the race-defining route choices - either straight up to Swirl How, along the road and up, or all the way along the road to Wrynose Pass and cut across the ridges and valleys. Joss, who was just behind me here, took the 1st and I understand Ifor took the latter. Both took many minutes off me on this section as I struggled with the middle option, by this time knackered, pissed-off and in pain.

The path between Swirl How and Wetherlam is not as benign as it looks on the map, and the crags to the east of Wetherlam forced a big detour to get to the control at the stream below steel Edge. However, two more mercifully short legs and I was finished - metaphorically if not literally.

A measure of revival was obtained by the free, and always excellent, Wilf's scoff but the sad fact is I'd missed control 1. In my panic, I'd run about 1km too far and, too worried about being 'timed out' at a later control (and too embarrassed to go back against the flow of higher numbered runners), I decided to "have a nice day" and 'Just get round". It does mean I'll have to go back and do it again properly next year. My anxiety increases daily.

Ifor, on the other hand, won the event! Do the people at BOK know how awesome that is? A late entrant, he started behind all the seeded runners and overtook all to win by two minutes. Ifor's name will grace the celebrated trophy with all the great and good in the history of fell running - George Brass, Joss, Billy and all the other Blands, et al. Ifor too will have to go back next year, but in his case it will be to defend his honour, rather than save it.