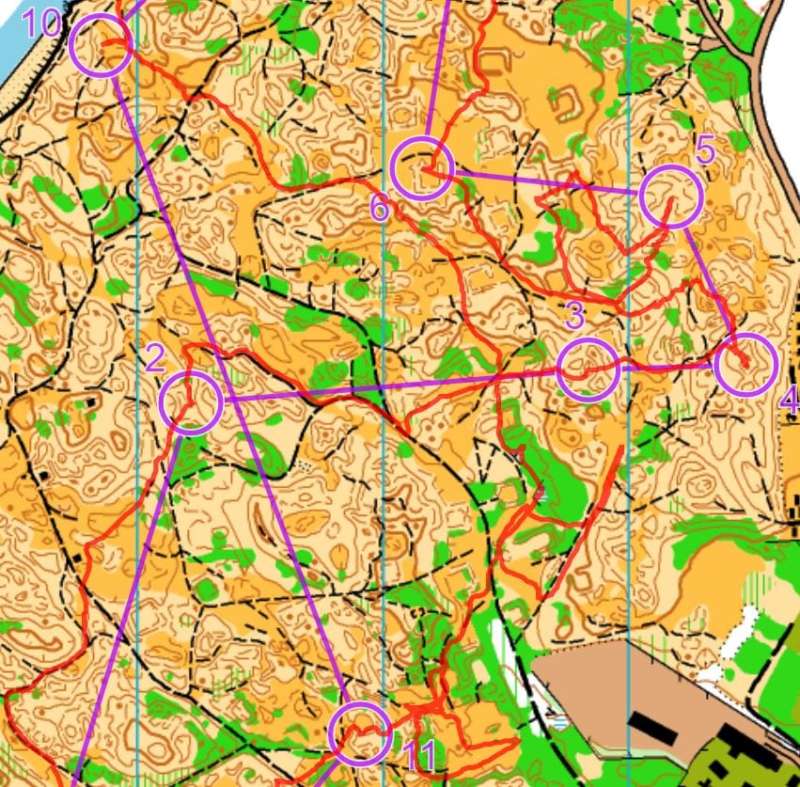 With terrain markedly more difficult than our average club event, the long distance race at Upton & Gwithian Towans provided all manner of traps for the unwary orienteer. Analysed here are some of the legs that provided a test. 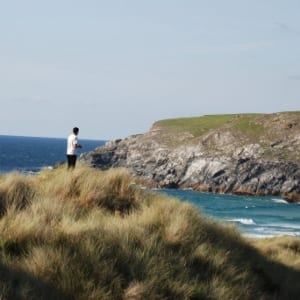 See the big map excerpt - there's quite a big mistake on the shortish leg 4 to 5. Then some more similar problems on a later leg 10 to 11. Once you've untangled the strings of spaghetti (the overlapping routes going out and then back again), can you see what caused the troublesome loop shapes where the runner got muddled up? 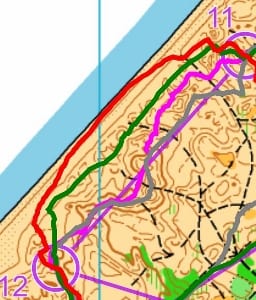 Head for the beach? Or contour it?
Credit: KERNO Routegadget 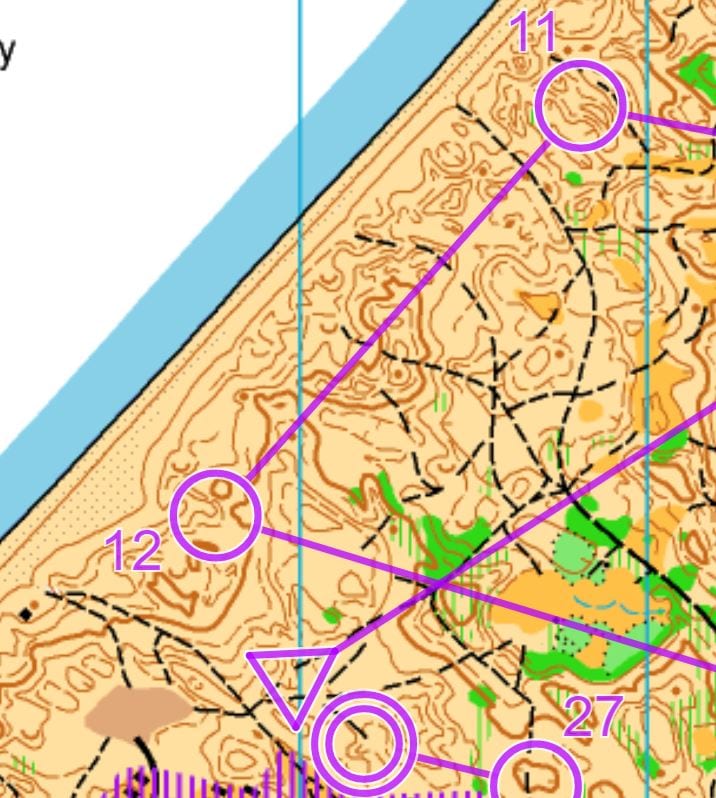 How to tackle this leg 11 to 12?
Credit: KERNO Routegadget

Tempted by the beach?

Well, who wouldn't be?

Running straight across the beach to control 12 looked to be a nice way to make up time I'd lost earlier. But the beach was an unknown quantity - would it be hard flat sands or lumpy and slow like some of the dunes? Three distinct routes were recorded on Routegadget; see the smaller of the two map excerpts. The route shown in red took the beach route but I reckon that the runner only benefitted from running on hard sand for a small part of that route.

Those shown in grey and pink contoured through the steepest section but otherwise went straight. I tried this approach before becoming confused where I was faced with a mass of uncrossable vegetation ahead. My distance judgement then failed me as I tried to take a reverse bearing from the Lifeguard building marked SW of #12. I was at the point of retracing my steps until I saw the control behind me further up the re-entrant I was at. I was kicking myself later for not having run fast and straight and keeping an eye out for the Start and Finish banners to my left to stop me overshooting!

The final route in green appears to have been a bit faster than the beach route, mostly heading straight on the flatter beach-side section of dunes. 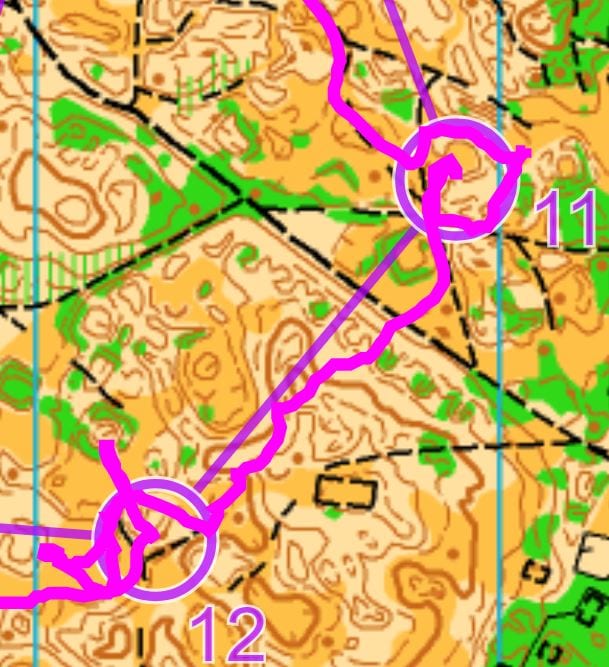 In an around the control
Credit: KERNO Routegadget 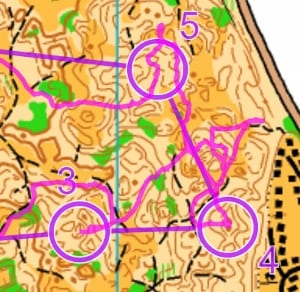 Again, I focus on an unfortunate runner using GPS, which as we know, shows up dodgy route choices in glorious detail.

This one is repeatedly, almost comically, missing the control when he gets near, despite having headed in the right general direction up till then. Take these examples from his leg 12 and on the other snippet, legs 3, 4 and 5.

Does he have any idea where he is? Is he content just to hunt down the control once he gets there? He seemed to record decent race times so if "run then hunt" is his navigational strategy, maybe it's working for him.

Are we all at times a little bit like this runner?