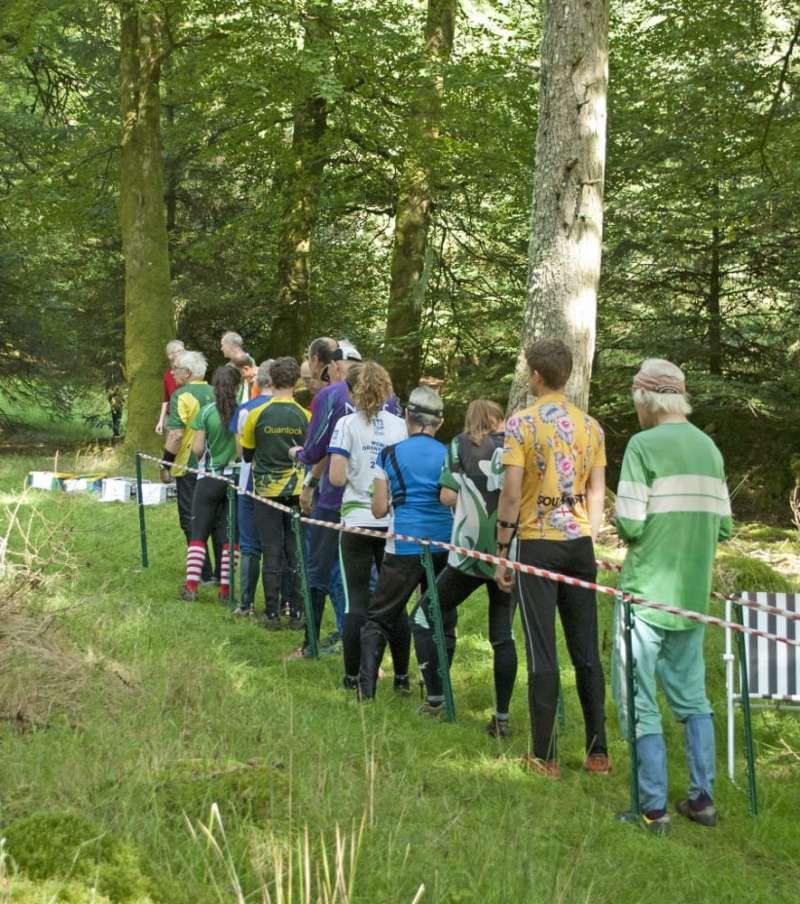 With 30 members present, this mass late summertime migration of QO members to Fernworthy was one of the most impressive of recent times, even counting or various Compass Sport Trophy outings. Andrew Page provided the following write-up... 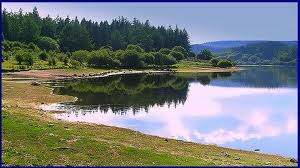 Early on Saturday the 5 September 2015 we set off down to Dartmoor for the Caddihoe Chase. Met up with Roger and Judy and lots of other QO people. I had to be at the start at 12 o'clock to do the yellow course.

I easily found control 1 then turned right onto a very obvious indistinct path for control 2. All going well then at control 4 I had to go along a very boggy path and over a bridge built from a metal slab. Control 5 ok then went along another boggy path and found a control, but not the one I wanted. I realised my mistake, turned around and there it was—good job I checked the control number before I dibbed. Going to control 7 I went through a mini stone circle, interesting. Control 8 ok then going to control 9 I cut through the dense forest and found the control easily.

Now this is where I went wrong, my map was not orientated properly so I turned left instead of going straight on, halfway to the end of the earth bank an angry pigeon flew down behind me and started squawking at me! 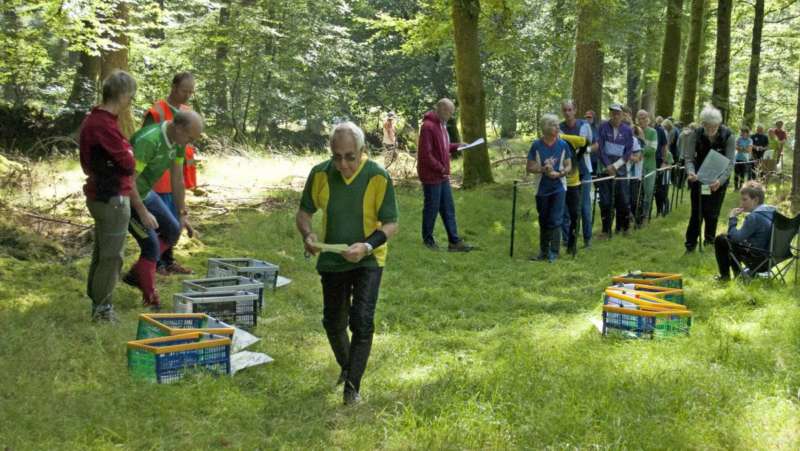 I got to the end of the earth bank and realised I had gone the wrong way. So I went back to number 9 re orientated my map and set off in the right direction. I found 10 ok saw the finish and ran to it without checking my map. It was only after dibbing finish I realised I had missed out control 11...arghhhhh! 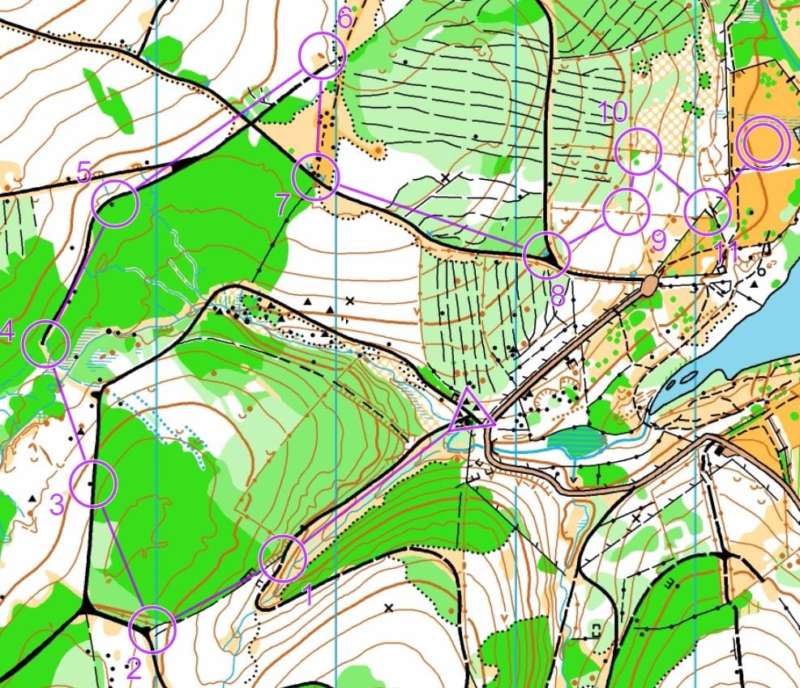 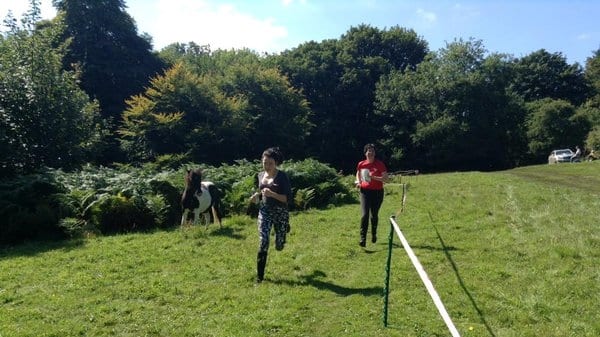 Sarah, a Craddock and a horse

A different starting place today further towards the car park. As I had missed a control yesterday I had to do a punching start and not join the timed queue like everyone else. I really enjoyed today's yellow course I didn't have any problems finding any of the controls I really liked from control 7 to 8 it was through thick forest but runnable which I really like. I beat yesterday's time by two minutes which was quite pleasing. Navigating from controls 2 to 3 was very fun too as I could cut through forest with lots of little streams to jump over but at one point here I was trying to get across one but fell and got a face full of mud, but it didn't bother me and I ran on. I came second today! We stayed in a YHA on the Saturday night which I have never done before and everything was good apart from the chilly bedrooms. A bonus was there was a pool table and I played Ellie and beat her! Also there was a table tennis table which I played on too. On the way home we visited Fernworthy reservoir and did some geocaching. A great weekend and lovely weather. I would like to do more events in Dartmoor as this one was very good. 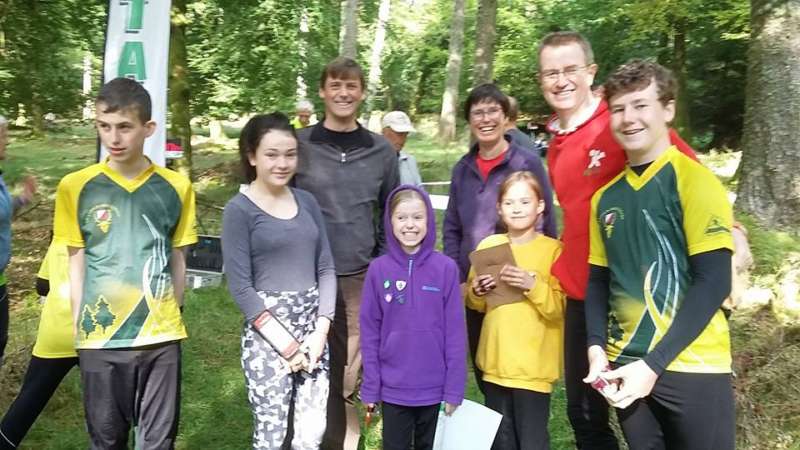 Some QO members relaxing after their runs

Over the weekend, 30 members ran.

Those who ran both days in the more competitive classes were:

Others who ran but either didn't compete in both days or ran in very small age group classes: