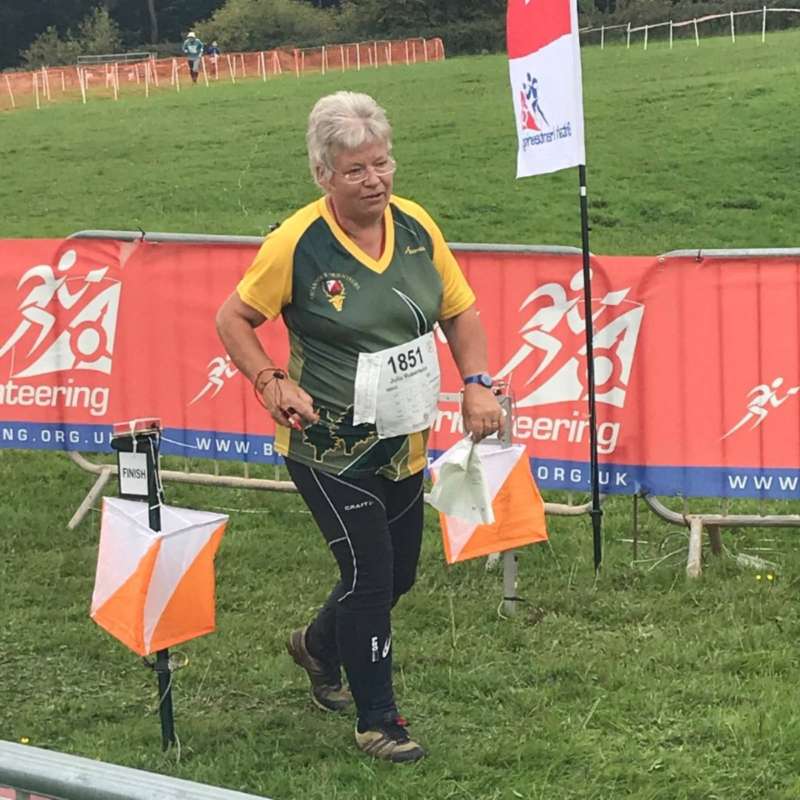 Two of the biggest events on the calendar came to Somerset with the national sprint finals at Bath University and the middle distance title competed for at Stock Hill near Wells the next day.

How the hyper veteran males must have heaved a collective sigh of relief not to see Bill Vigar's name on the start list! Bill had demolished the rest of the M80 field in his last high profile middle race up in the Lakes last month. Bill's absence meant the runner-up that day was able to steal in to take the British crown.

Running up on the M60 course, Steve Robertson finished within three minutes of Bristol OK's Gavin Clegg. M70 Tony Hext and M45 Jeff Pakes joined Steve in finishing in the top half of their fields. There were other creditable performances amongst the seniors, in what was technical terrain.

Of the juniors, Annabel Carter was third out of 16 on the Yellow course with Oliver Lewis 6th. 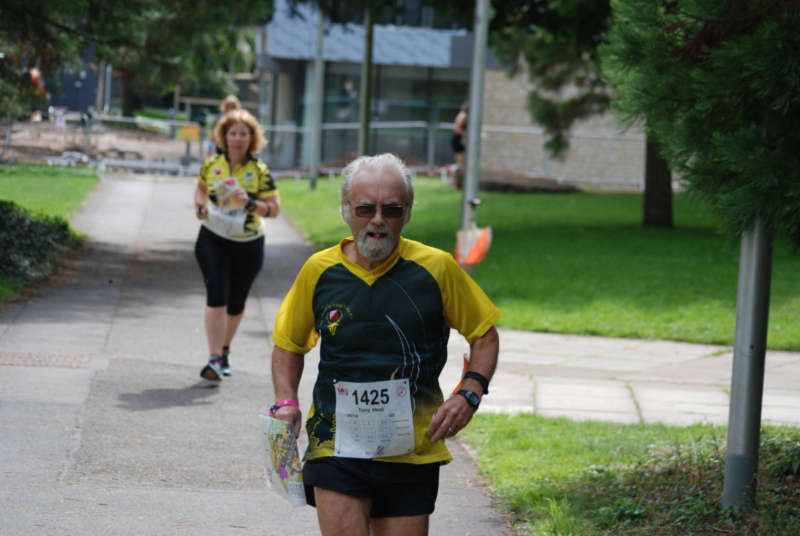 On the Saturday, Steve and Julia Robertson and Tony Hext ran and all made the final cut, all having qualified (as everyone seemed to do!) from the heats.

The larger age groups had three heat courses for each age group. The results were then combined and then the fastest went into an A final, the next in a B final and the slowest in a C final.

For example, M65 Steve "ran up" in M60, made a couple of mistakes in the heat and so slipped into the C final, which he then won.

Thanks to Steve for explaining to me how the process works. 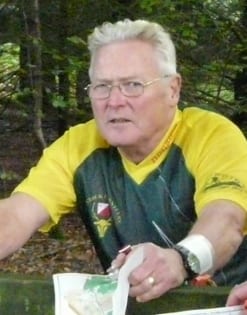 We had a large team of helpers making that part of the event went smoothly. Roger Dickey masterminded the operation. The organising team received a lot of praise for a slick operation and its apparent that Roger and his team can take a good slice of the credit for that. 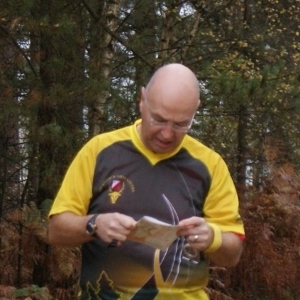 And finally (as they say), we have a literary offering from one of our parking team, Peter Akers. Yes- a poem.

"So that was what he was doing when not parking campervans", quipped the event's parking supremo, QO's Roger Dickey. In Pete's defence, maybe not enough orienteers are investing in campervans?

Sadly, we don't have any photos of the team or their oversize foam blue pointing hands.

To be read to the tune of the Wurzels' "Combine Harvester" (probably)...

And the moral is, if you want a car parked properly, leave it to the prose (groan).

Anyway, probably the best poem to come out of the club since, oo, club captain Chris H's summer relays recruitment message a few years back... to the tune of Cliff Richard's "Summer Holiday"!