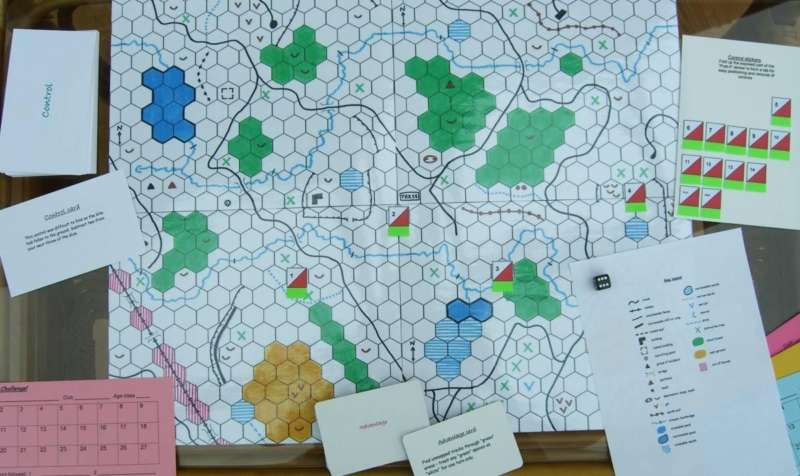 Forest Challenge! is an exciting board game where even the most “average” orienteer can beat that fit M21 or W21 on a Blue, Brown or even Black course. Saturday evenings will never be the same again as you strive to relive the triumphs and disasters of those afternoons spent in the Forest.

The North Gloucester OC man's game was first produced a few years back but with many entering the sport since, Alan may well have gained a new market.

What's in the box

General idea of the game

Each player takes it in turn to throw the dice and move his token between controls, choosing his own route as in real orienteering. On reaching a control a player takes a Control card and follows its instructions.

During the game players can use their Advantage cards in conjunction with their dice throw to help them get ahead of, or catch up, other players. The winner is the first player to reach the finish line.

The use of moveable control stickers means that you can run a different course every game!

Cheques payable to NGOC (or pay by PayPal or bank transfer)