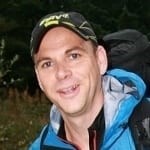 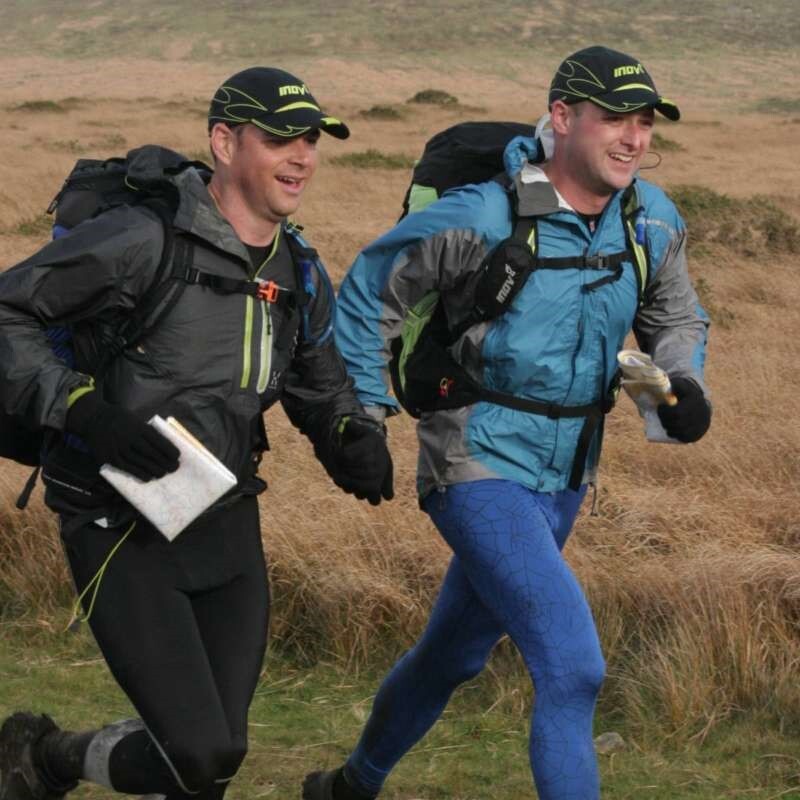 The funeral is on Friday 21 May at 1130. Due to COVID-19 restrictions, attendance in person is restricted. There is the opportunity to attend via weblink using the details below:

Some memories offered by those who knew Adrian

Mike Crockett: Richie Hill introduced Adrian to orienteering and was his partner in Long O events. I recall them arriving bemoaning the fact they had been refused entry to a hostelry on Exmoor because they were not ‘smart’ enough vowing they would not be visiting there again!

Jeff Pakes: Always a pleasure to chat to him – warm, engaging, humorous. Orienteering was his gateway to off-road running, having previously been into street long distance events. The straightforward off-road running, the endurance aspect, techie gear and camaraderie provided by ultra and mountain marathons seemed to suit him more than our solo nav sport.

Roger and Judy Craddock: We were both shocked and saddened by Adrian’s untimely death. Adrian was one of those positive people it was fun to be around, his main contribution to the Club being his editorship of the QuOnicle from 2010 to 2015 but he helped in many other ways and, with his wicked sense of humour and his endless supply of sweets and biscuits, he was a much-valued team member. We always knew that Adrian would plan a JOG or man a computer at a larger event, no wasn’t in his vocabulary. Adrian will be very sadly missed by many including his numerous friends in Quantock Orienteers.

Mark Maynard: I was really shocked to hear the dreadful news about Adrian. I have fond memories of the committee days when he was editor of the Quonicle. I remember the events where we were both on the same team running the event, perhaps on the SI entry or start/finish. I remember his gentle but persuasive manner in getting somebody to write an article for each event for inclusion in the newsletter, we knew what he would ask when hanging around at the end! I used to bump into him regularly at the train station when we were both travelling to work, he was much more cheerful than me in the morning.

Richard Sansbury: Adrian was always cheerful, a great teammate and genuinely willing to help. We did a few relays together and he was very good ultra distance runner. He served briefly on the club committee before volunteering to edit the club magazine. He did a superb job with QoOnicle producing 36 engaging and interesting editions. I just picked an old copy at random and re-read his 2013 race report: "The Joys of Coming Last" - although he didn't come last, it demonstrates his positive jolly attitude. Yes he will be sadly missed.

Jenny Wood: What a lovely chap, leaving us way too soon. Always a warm, gentle hello, a smile - yes, and I do remember the sweets! And those amazingly long runs! Our thoughts go to Alison and Evie, not just now but in the years to come too.

Richie Hill wrote an interesting account of their weekend together on Exmoor in 2011 when Adrian was editor of QuOnicle: https://www.quantockorienteers.co.uk/archive/long-o-weekend-2011

If you would like to donate to bibic or St Margaret's Hospice in Adrian's memory, go to his memorial page. 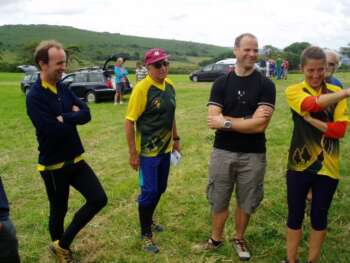 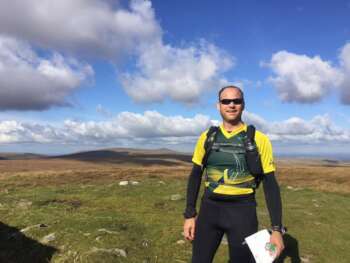 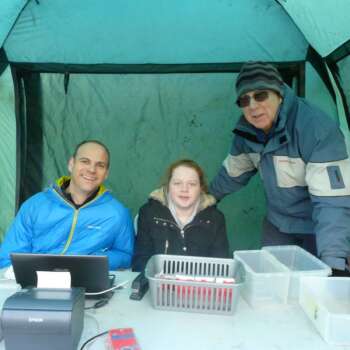 On the electronic timing team, Jan '17 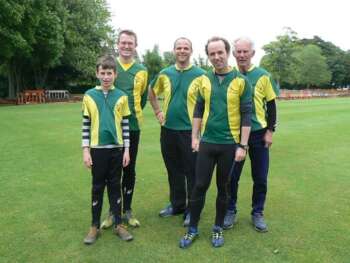 On a mountain marathon