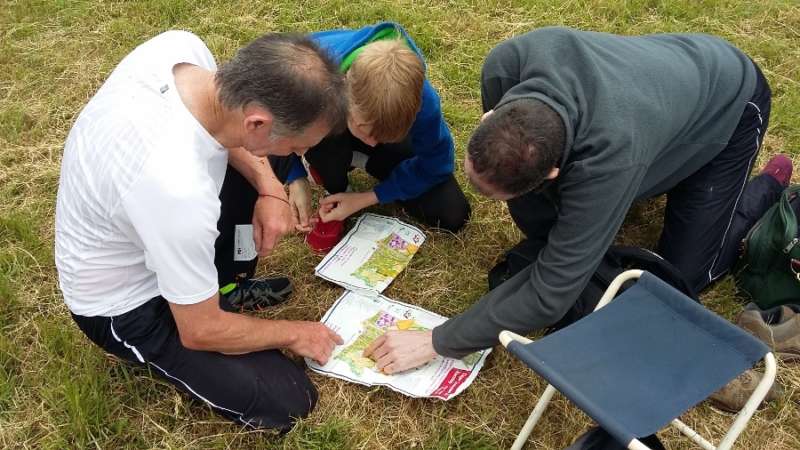 Bristol OK provided our three teams with a real mix of terrain on Sunday with woods, open areas and urban aspects to their annual relay. The Green family won their race and our team in the main competition were 4th, beating several Bristol teams.

First leg runner Andrew set a high bar for the rest of his QO Vadis team by getting within three minutes of the leader and being 3rd out of 10 on his leg. Jeff Pakes' steady run left us fourth going into the final leg but with Bristol OK's Clive Hallett out there, the gap on the eventual winners grew by a quarter of an hour. 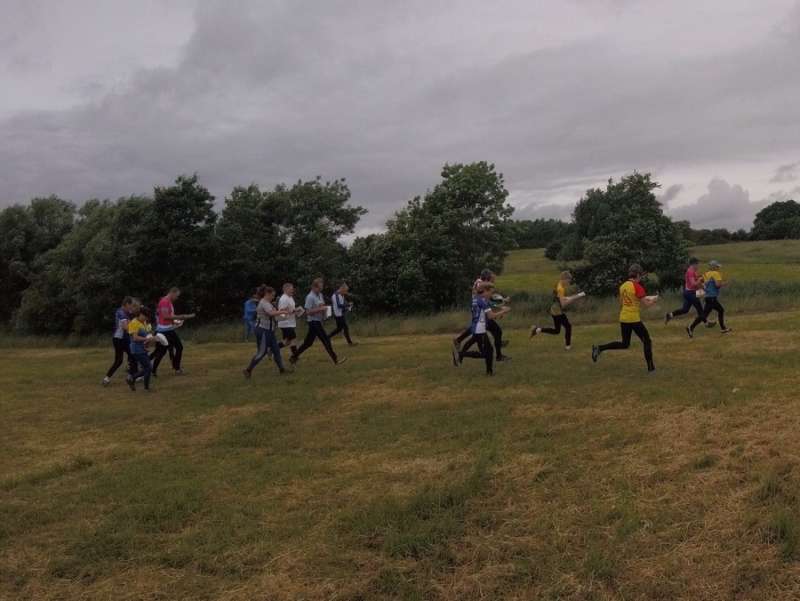 As Jeff had done (versus BOK's Alison Simmons), Chris Philip matched his counterpart in the BOK 'B' team (Sandy Burgon) all the way. In doing so, they preserved the three minute advantage Andrew had built up over that team and gave us 4th place overall. That meant only three SWOA clubs finished above us and we had beaten four out of the five clubs from the hosts BOK.

What was nominally our B team, QOtable, got off to a sticky start when our first leg runner missed the mass start. Possibly puzzled by the organisers bringing forward the start time by quarter of an hour on the time originally published? Despite that runner also having to return to collect his compass (OK, hands up who HASN'T done that before!), the team finished a respectable 5th out of nine. Newcomers to relays the Karen and Martin Lewis both had solid runs. 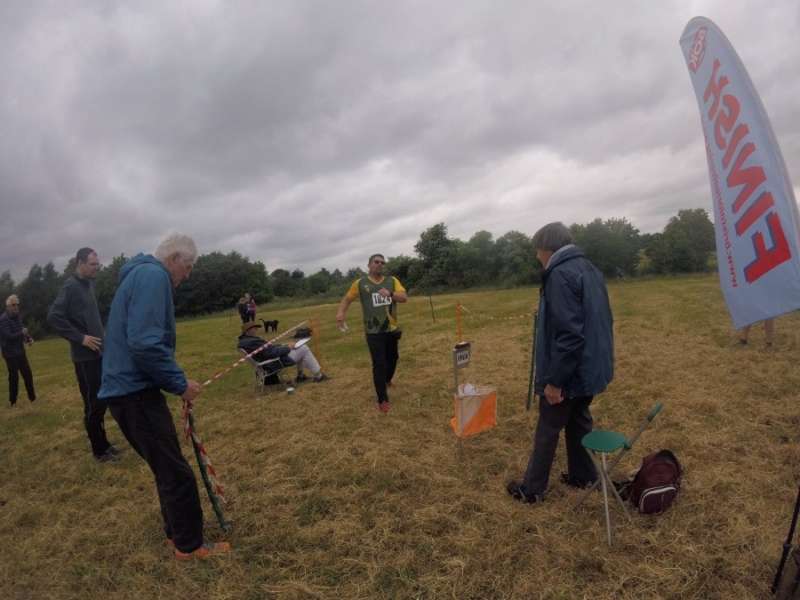 Some may wonder where teamwork comes into orienteering...There was a tree opposite the spectator area hosted a control visited up to four times in each runners' course. It was while watching the runners criss cross while visiting this tree that Martin provided some insightful of where our courses might lead, helping those listening mentally prepare.

The Green family won their race by more than a quarter of an hour. Robert and Chris built a solid rather than spectacular start, leaving third leg runner Heather eight minutes to make up. Heather breezed home though and was nearly 10 minutes clear of the runner-up on her leg.

Well done the Greens, so pleased you still run for us and not the bigger club to the north!