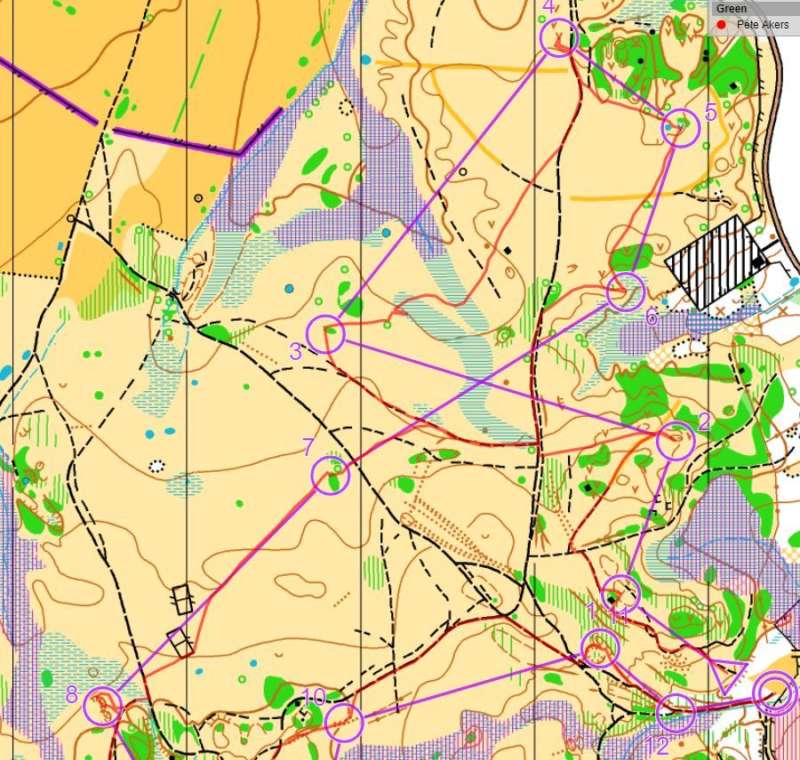 Several members competed on the tricky and sometimes boggy open moorland of Purbeck for the annual Dorset Delight on Sunday, while another two went to South Wales to reaquaint themselves with the even trickier moonscapes left behind by industry, almost as an accidental gift to orienteers.

What a great weekend the Lewis family have had (see Karen's Fyne Court JOG report).

Oliver enjoyed his course and could have been in contention if it wasn’t for his number 9 control - whether it was Ollie, or the timing issue with this control, we will never know. Annabelle didn’t do to bad either - she was quite proud of the fact that she was only 6 minutes behind her brother. 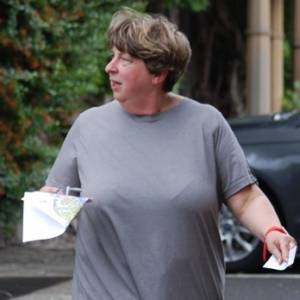 Martin enjoyed the Green course and didn’t think that he had done that well. He struggled finding number 4 and thought 54 minutes for the course wasn’t a particularly good time. However, it turns out that he was 9th overall and only 9 minutes behind the winner. He is as pleased as punch.

I found the course very enjoyable. Unfortunately, there were a couple of controls that you could see from a distance. Also, crossing the marsh between my numbers 2 and 3 was a disaster. I managed to sink up to my thighs twice - even though I followed in Pete Aker’s foot prints. OMG did it smell bad and I had great fun trying to extract myself. Not sure how I managed to come 6th.. Onwards and upwards. 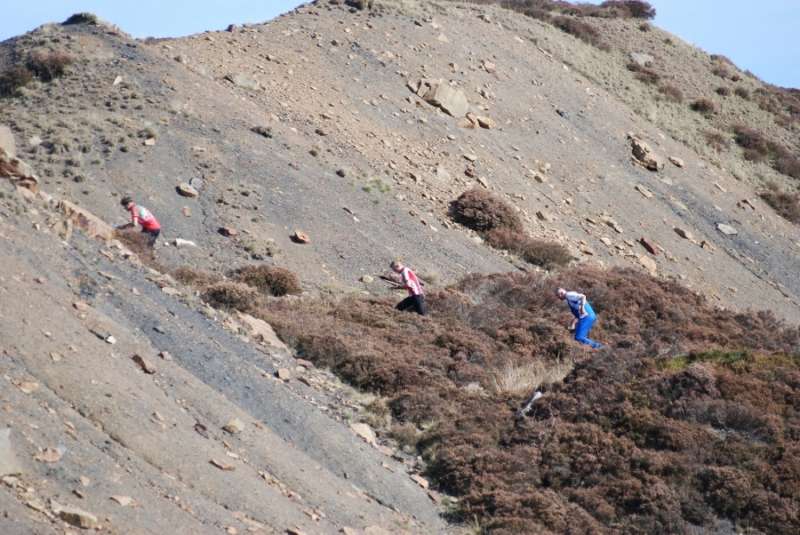 There was heaps* of fun to be had at the heads of the Valleys, where two highly technical areas "just got better" after being remapped. The occasion was the UK Home Internationals and after each international, everyday orienteers got to the run on the same terrain. At Pwll Du courses, courses were shared between events while at Clydach Terrace, the score course recycled some of the controls from the earlier relay international. 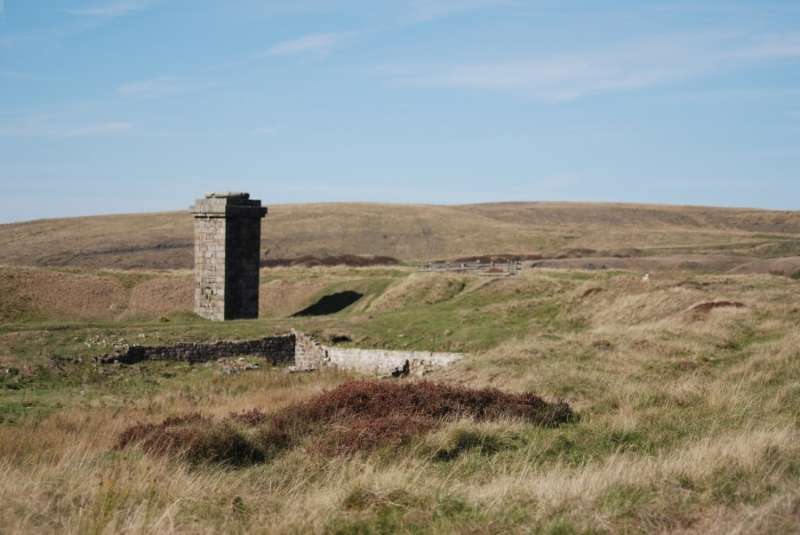 The Pwll Du map was simplified for the JK 2014 relays that many QO members ran at but this time the east part of the map was used too. Andy Rimes fell foul of an early long leg on Brown but recovered well. Jeff Pakes had an even worse start. With his underground tour at nearby Big Pit overrunning, he had 20 minutes from there to run some 3km to get to the Start on time. He was very grateful to the Start officials for allowing him a breather before getting going on his Short Brown course! 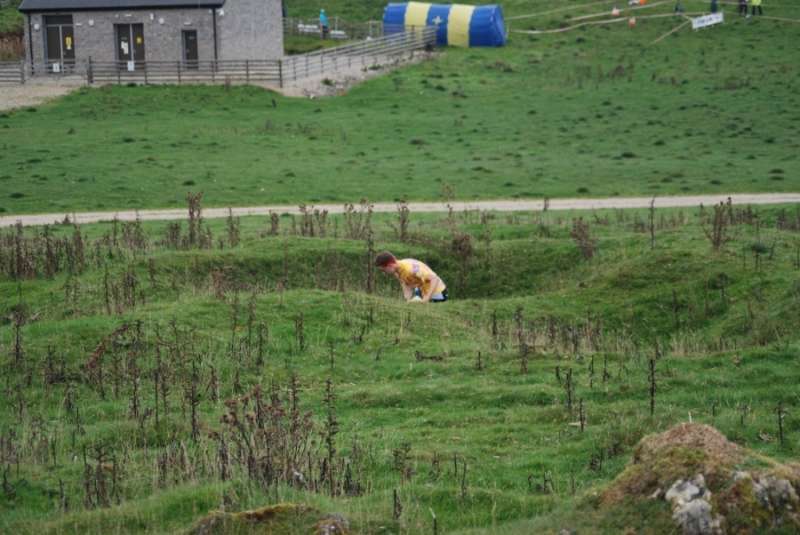 At Clydach Terrace, Andy was 4th out of 30 on the one hour score course, picking up 21 of the 29 controls. Jeff was 5th, scoring one control less than Andy.

Each might feel they could have challenged the leader on 24 controls if they had been more ruthless in maximising their score, rather than just trying to sample the best terrain and tackling the longer legs! Controls were worth the same, regardless of difficulty or location.

Some thought previous maps for those areas were overly detailed. Just like with the Pwll Du remapping in 2014, the recent map makeover for Clydach Terrace has resulted in a much "cleaner" map, with priority given to showing prominent landforms clearly and reducing contour 'noise'.

The latest map of Clydach Terrace benefitted from the removal of an incredibly dense network of paths from the map and a greater colour contrast to allow the impressive contour detail to shine through.

See how the maps changed: 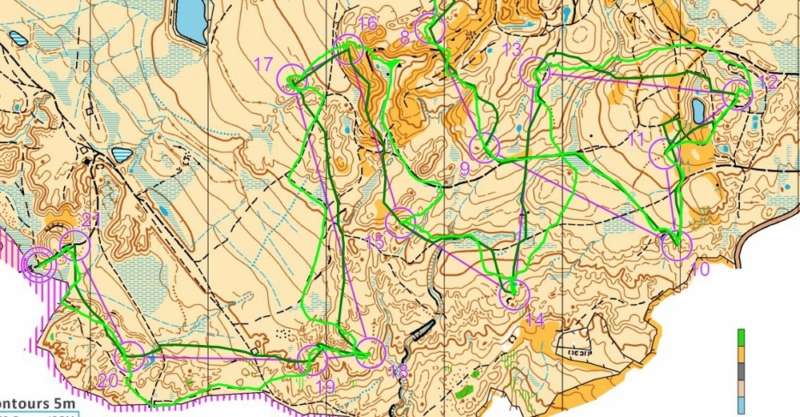