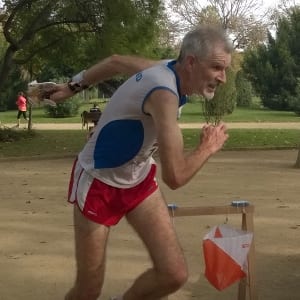 Even if its not winning, just beating someone by that single second can be very satisfying. So how can you ensure you squeeze the most out of your run – here are a few tips.

I first became aware of this way back around 1971 when competing in a badge event (as they were called in those days) on Exmoor run by QO! After a gruelling course which had me out for about 75 minutes, to my delight I discovered I had won by one second. In the intervening 44 years there have been a number of races where that solitary second has been crucial. Check out the M55 course at the 2010 Midland Championships. Colin Dixon beat me by that 1 second and that was on the run in!

Here are the tips: