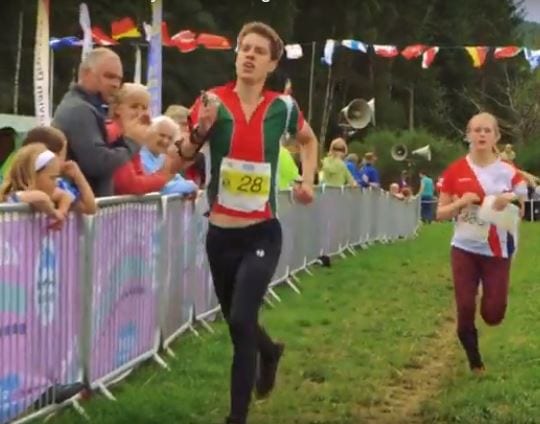 Do we go to events or races when we orienteer? How do we keep our concentration up? And what are the most critical times during your run to keep focussed?

In another training article I quoted Ben Maliphant of BOK: "I'd like to see the word 'event' banned, they are races!"

I went to the Caddihoe Chase at Fernworthy, Dartmoor (September 2015) for my first forest event, sorry race, for a few months. For the chasing start on the second day I had a pursuer - Toni O'Donovan was doing the same course as me and starting only five seconds later. When I started I picked up my map and while studying it saw her flash past me and sprint up the hill - in the wrong direction!

I headed for the control and saw her coming in from the side only a few seconds behind. For a few controls we were racing head-to-head. Apart from the mistake at the start she was making better route choices but I was running faster. At last I got ahead, then I blundered and that was the last I saw of her. She beat me by nearly 10 minutes!

While mid-course I often find there's no-one else in sight. Although it is wonderful being out in the forest alone, I find it difficult to remember there is a race on. I definitely think the pressure is off, and I believe that's when many races are won and lost. In the first quarter you are still fresh and enthusiastic. In the last quarter the finish is so near you will race for the line. But in the middle half of the course motivation can be hard to find.

If you can keep the concentration and the effort on during the middle half of the course then you should do well. I have a technique which I'm going to call "clock-face" - but I'll save that for another time!