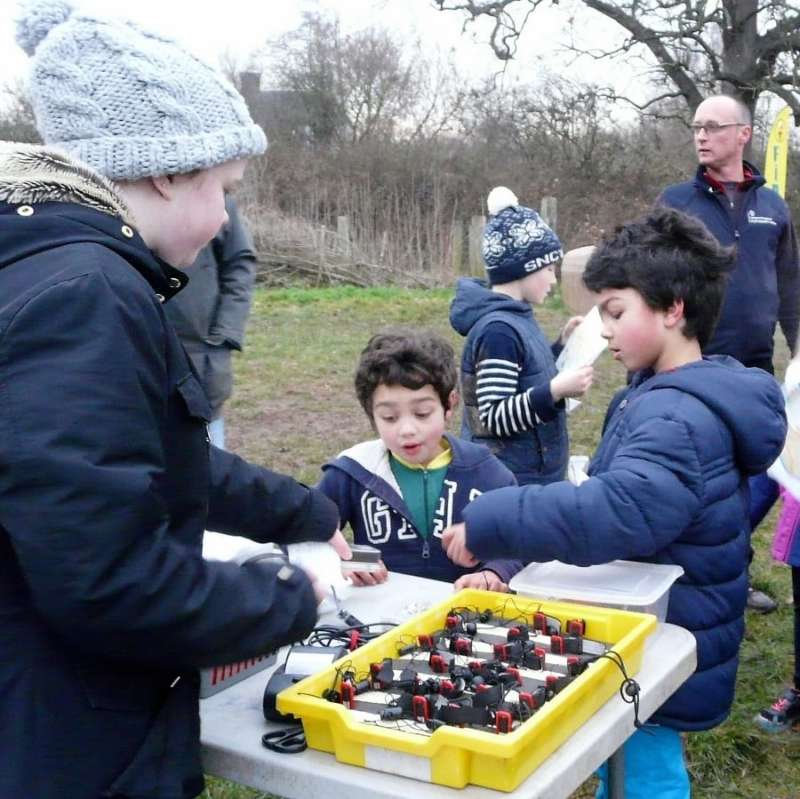 Here is an explanation of what each role on the day involves.

For QOFLs, all members are part of a rota of helper teams. For JOG, these roles tend to be volunteered on a more ad hoc basis.

This is a pleasant job where you get to meet all competitors. You will usually be inside the club tent and processing entries to arrivals.

A head for figures helps; there are different prices for different types of participant. You might be asked to point out hazards on the courses to competitors in advance.

You also keep a tally of the maps sold so we know when we're beginning to run out on any one course! Then we might start recycling maps. You would be expected to be on site for 9:30 and would usually be finished by 10:45. This job is for two people. 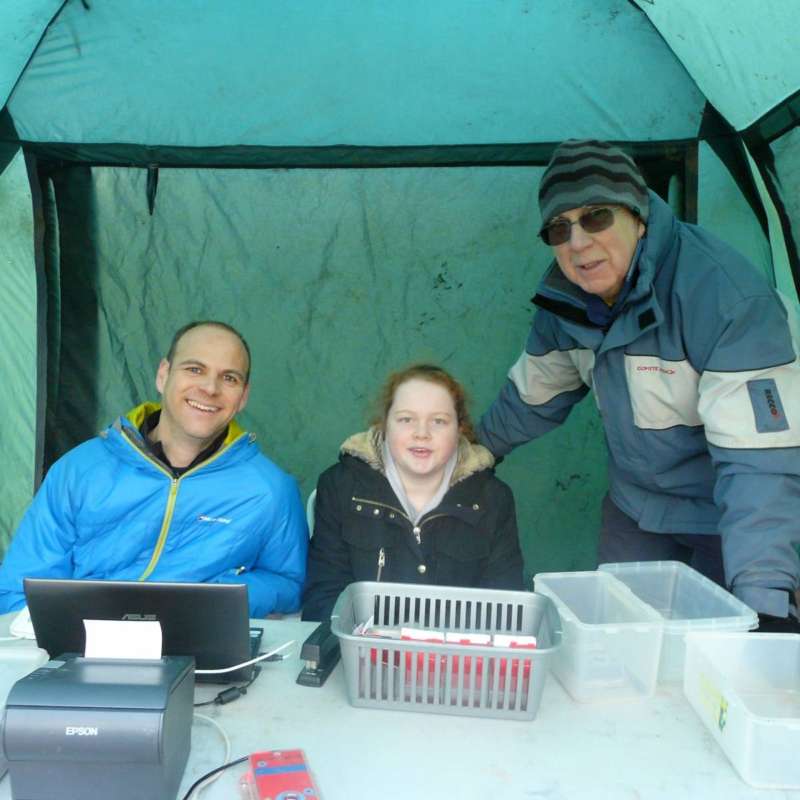 This is a job for people who are computer literate. It involves registering of some competitors as they arrive. Once the bulk of the runners have registered, one of the computers will be switched to ‘download’ and you would be required to monitor the two computers and sort out any issues as they happen.

The SI software used by the club is very good and user friendly but new users would need to spend an hour or so with an experienced SI user to get to grips with the system. The SI team usually has four people during an event, with two people “on duty” at any one time. If you are interested in this role please contact Andy Rimes for more information.

The club like to have a person on hand to offer assistance and advice if needed to competitors. This could be directing people to the start line, or showing people where to register. Quite often there will be people new to orienteering and the “meeter and greeter” is there to offer help and advice on the basics of orienteering. This job is more suited to experienced club members. You would be expected to be on site from 09:45 and would usually be finished by 12:00. 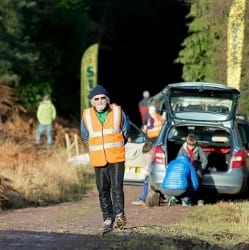 This job involves marshalling all the participants' cars so that they can be fitted in to what are often narrow forest roads or small car parks. Sometimes you will also be required to collect a car parking fee. You would be expected to be on site from 09:45. Those on the later shift would usually be finished by 12.30. This is often a job for two people, one sometimes on the gateway and the other doing the actual parking. 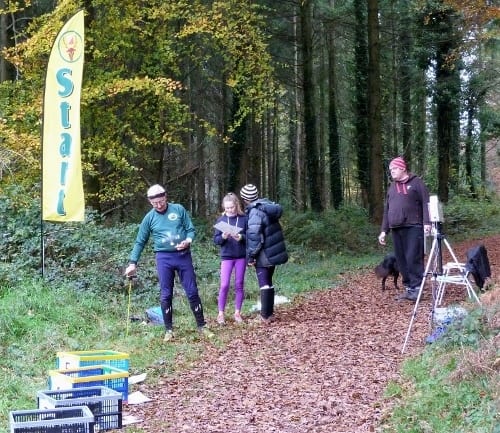 The start official sets up the equipment and start lanes and ensures the competitors follow the correct procedure and start at an appropriate time.

Tape will be provided to create some rudimentary start lanes!

You will be given two electronic boxes, which you ensure each runner punches before they start their run, first the Clear box then the Check box. This ensures their dibber is free of any data from previous events and is ready to use.

Runners competing on the same courses or with the same first leg are usually set off in one minute intervals at low key events like QOFLs.

Those manning the finish are there primarily to ensure that any problems encountered on the course are communicated swiftly to the organiser or team at assembly. This might be a misplaced or faulty control or with an injured competitor. This role is more important when the Finish station is some distance from assembly, in which case you may be given a walkie talkie.

Road marshalls are required in areas where minor roads need to be or might well be crossed by juniors (i.e. those under the age of 16).

Course marshalls are required where there is a higher than usual risk of children especially getting lost on the White or Yellow course. Being able to communicate quickly and firmly is desirable as is at least some navigational experience.

First Aid is available wherever we can obtain volunteers. Local events have the first aid box in the registration tent and any larger events require a designated first aider. This is usually done in shifts to allow time for each to have a run. 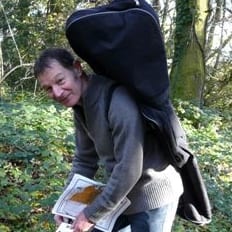 These are the people who put the controls out. Once the planner has set the course, they will go around the course and place the markers in the control locations.

Sometimes some of the controls can be placed the night before the event, however sometimes this is not possible and so others may required to help the planner early in the morning of the event. You will be given a small section of a map and asked to go and place the controls by the markers. You would be expected to be on site very early so all placers could finish their work before 10:15.

For local events such as QOFLs this would not prevent you from running at the event, albeit you would have to run non-competitively. 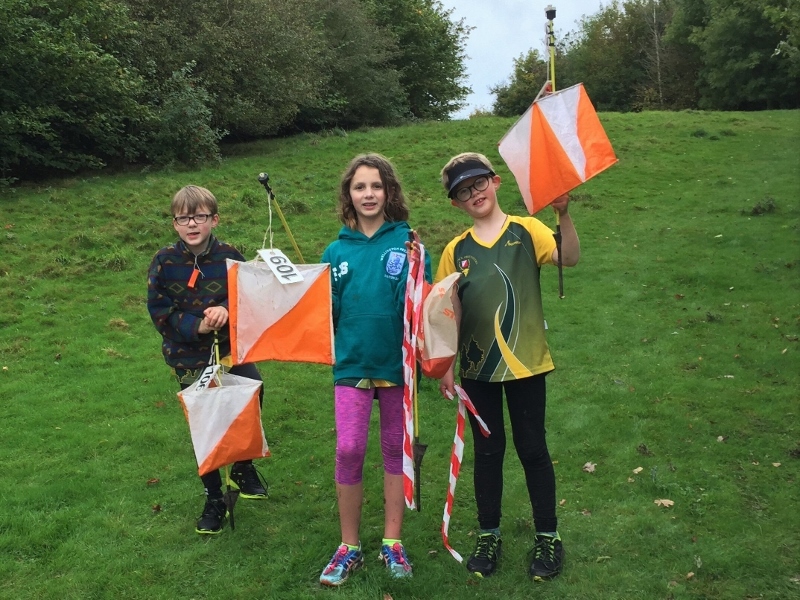 This is a great job where you get to orienteer without the pressure. You will be given a small section of a map and asked to go and collect a set of controls. The more collectors we get, the less controls you have to bring in! You would be expected to be on site from 14:00 and would usually be finished by 15:30.

Usually combined with control collecting. Ideally there will be at least some first aid expertise and strong running and navigational ability in the team, in the event of something going wrong. But others may have basic duties such are walking round paths and shouting out for a missing competitor.

Hunting down a competitor who is overdue and not downloaded yet often combines well with collecting controls because you might work round their course backwards until you find them.

Attribution - thanks to Southdown Orienteers for borrowing some of their explanations