Orienteering courses hang on Technical Difficulties. They dictate everything from control siting to length of legs.

For JOG purposes, we are concerned with TD1-4.

The 'ish' on Fox is because we often do training exercises that mean they don't match up with the TD descriptors.

As a planner, you need to refer closely to the following documents:

You'll need to have them to hand throughout this training. We tend to make the courses a bit shorter than the equivalent colour courses for JOG as we deal with younger children.

A premium quality course has all legs of the same difficulty. However, that is rarely achievable due to the nature of the area. It might be that an occasional leg of a lower TD is needed to set up another quality leg.

It is vital, however, that no legs of higher difficulty crop up.

Look at these four images. Each is a section of a course. Work out which Technical Difficulty each is. 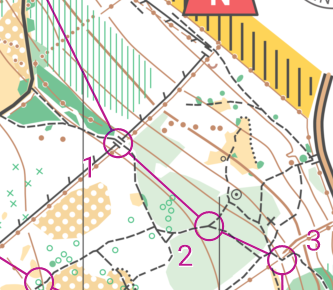 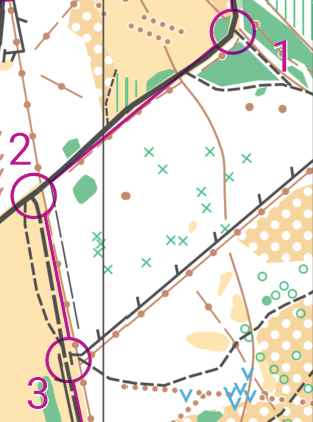 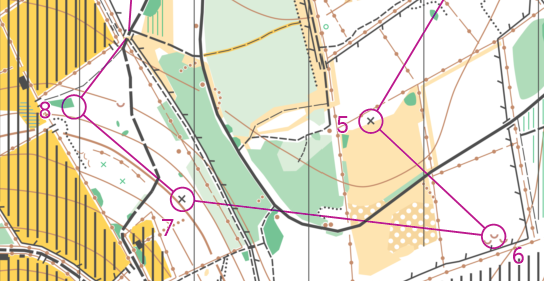 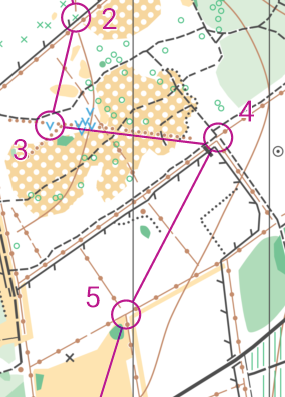 Once you've made your decisions, scroll down for the answers...

Controls joined by obvious linear features (paths). Controls on linear features. A control at each decision point (between #1 and #2 there is a minor path leading off to the left, but the course goes straight ahead along the main track so this doesn't count as a decision point). TD1