Read Graham Hartley's amusing event report including his attempts to get to grips with the map memory course...

I muttered “earthbank, upper part” to myself about 20 times as I ran along 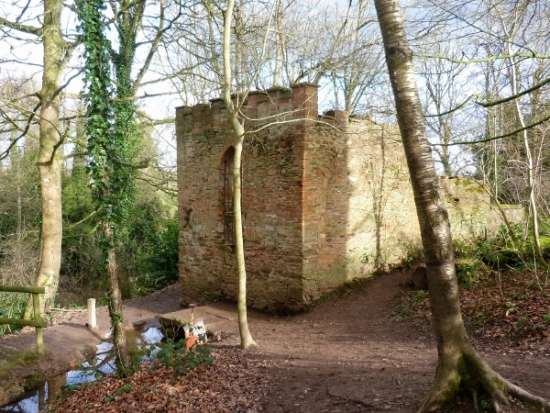 What A Spot
Credit: Jim Pearson

We were delighted to host a SW summer series relay at the beautiful landscaped grounds of Fyne Court, a National Trust property.

Because of a five minute penalty was imposed for each mispunch, the first team home, Bristol OK, lost 15 minutes. This gave the win to Status QO, who were closely followed QO Vadis. After adjustments were made, just 90s separated the top three teams! Cutting it Fyne?

The only team with no penalties was the Carters, team E. Team D did not complete all eight courses. 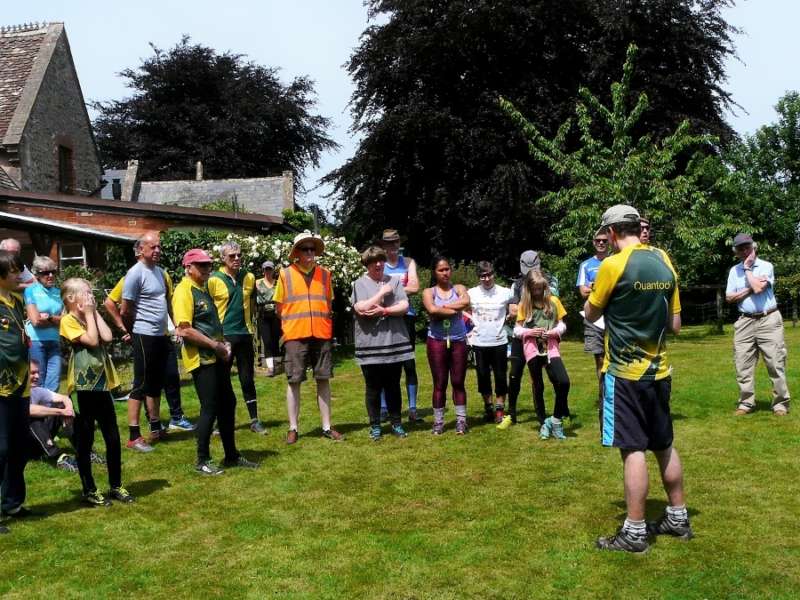 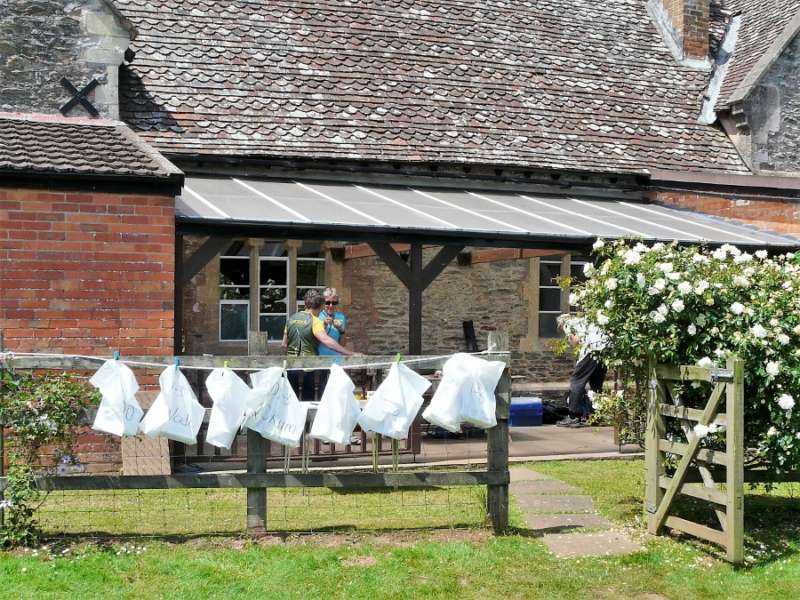 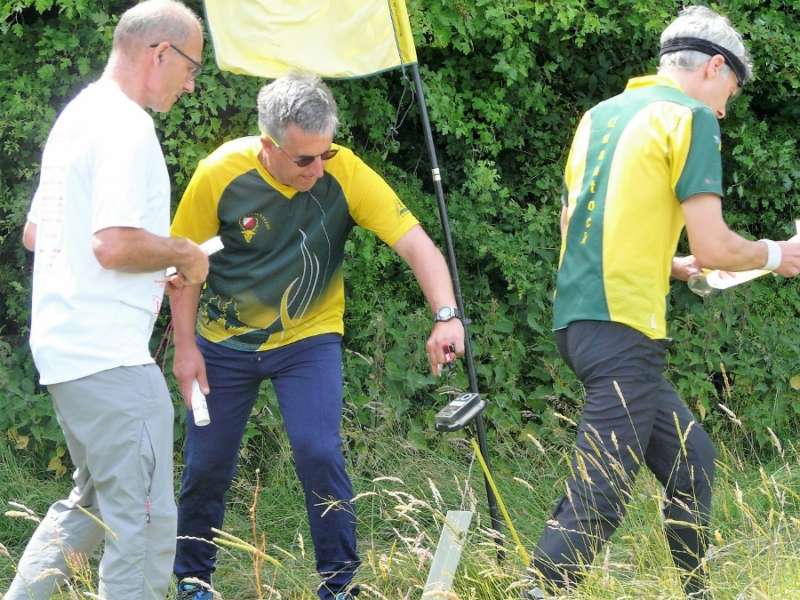 A huge thank you to everyone who contributed to putting on this excellent event. I'm really proud that QO were able to host our first South West relay event and having been to quite a few relays at other clubs over the years, this one compares extremely well. After all, what more could you want than a lovely and very suitable venue, a challenging team format requiring planning and execution, very well designed courses, and glorious weather to go with it. 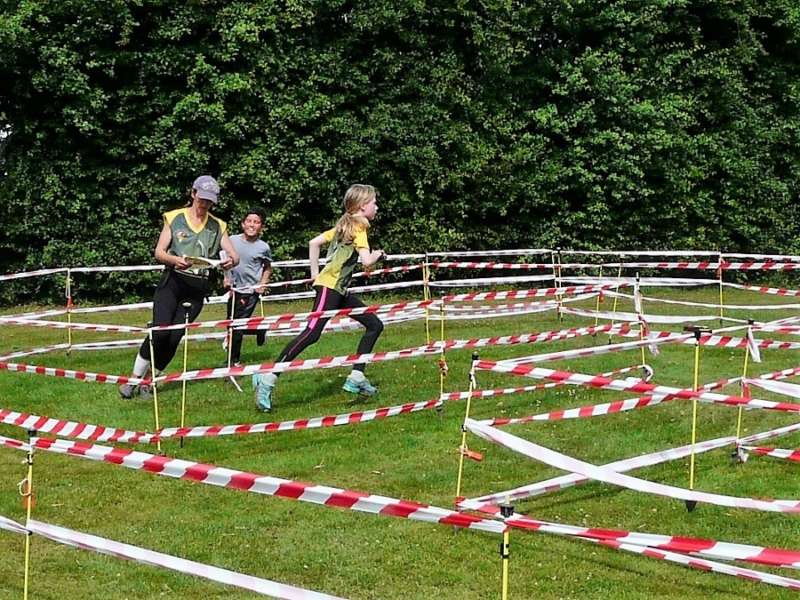 Besides I do like a short walk to the start and our delightful home field had everything - parking, registration, the start just round the corner and the added bonus of a spectator event - the maze.

I must pay tribute to Angela's excellent courses. The essential ingredient of a relay event is that the location and the courses themselves are accessible so that teams can combine both more and less experienced orienteers in their team(s) and optimise the handicap advantages that different age/gender categories offer. Both Fyne Court and Angela's choices of course worked really well. 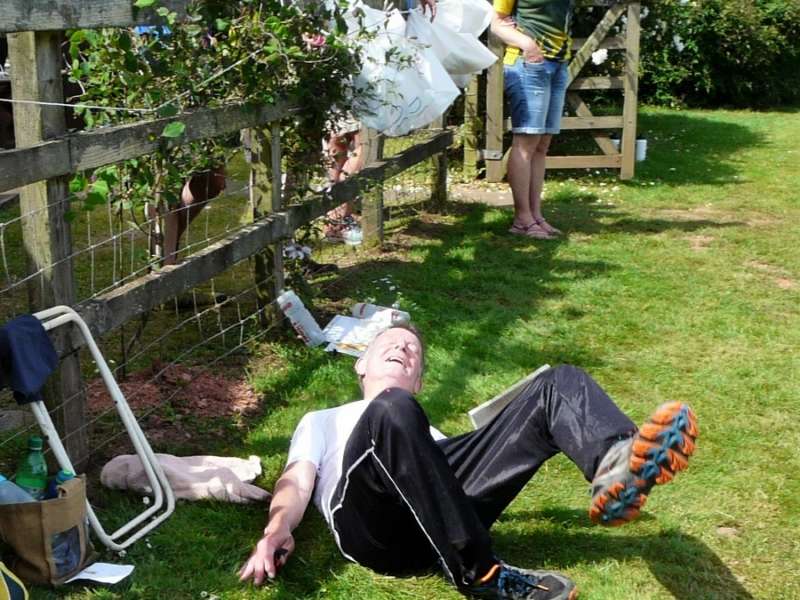 Chris finishes then crashes out!

I most like the relay events where there is some choice about who does what - a competition where relative speeds and personal preferences come into play. So what were the courses? A long course with plenty of route choice (2.3km), a score event (1.8km), a butterfly course (2.2km) and a map memory course (1.6km). Each course had to be run twice by different competitors, so in a team of three one person runs two courses and the other two run three courses. 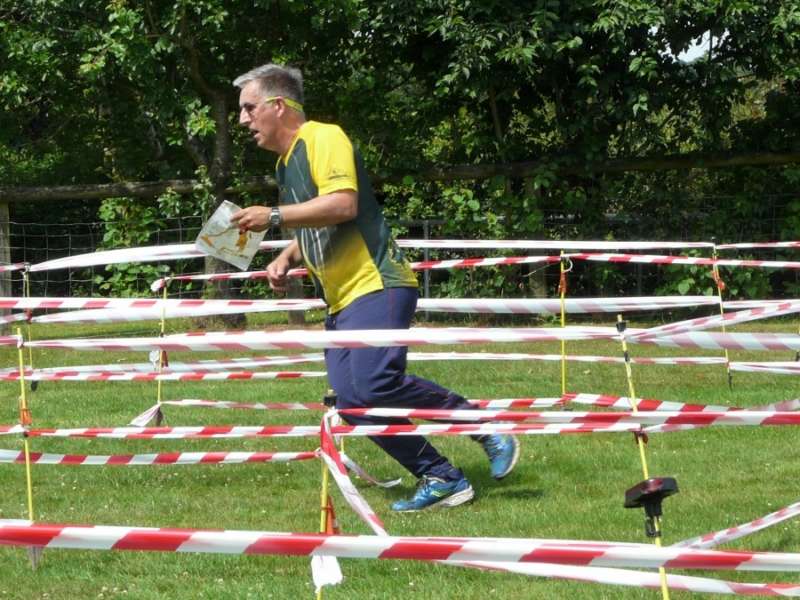 Graham, in the maze

Map memory is very much the marmite course for orienteers so despite my (well founded) personal fear of this event, my team mate Andy sent such a resounding NO via email that I had to accede to his wishes. Having planned the JOG/QOAD earlier this year I thought I knew the area tolerably well. When you start the MM, the map only shows enough to get you to the first control. Having found it, you get some more information - a portion of map to show you where the next three controls are. That's quite a lot of route choice and location information to retain. I'm not really a visual person - more auditory/data - so that “picturing” stuff is quite a challenge. 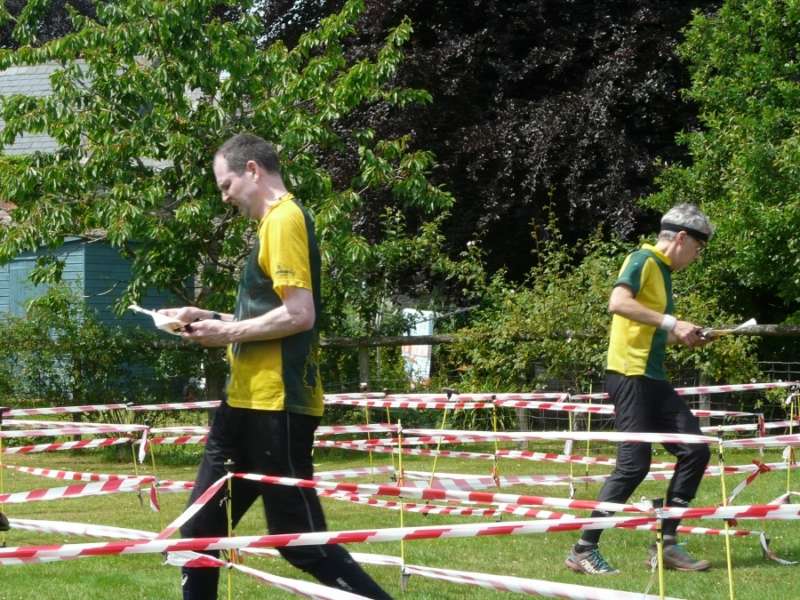 I contemplated skipping a control...then getting a taxi home

Things were going well at first - I reached control 9 satisfactorily, but from there were two controls and on to the finish. These were quite long legs so both route choice and control location needed considering. Having mucked up the route badly to start with, I reached the general area of the control having muttered “earthbank, upper part” to myself about 20 times as I ran along. I'd forgotten which side of the stream I was meant to look and, in effect, ran past my control. I then scrambled around the wrong side of the stream, got stung to bits, contemplated the cost in time of skipping the control altogether, contemplated getting a taxi home and contemplated running all the way back to the previous control to recheck the map (the ultimate humiliation for MM). 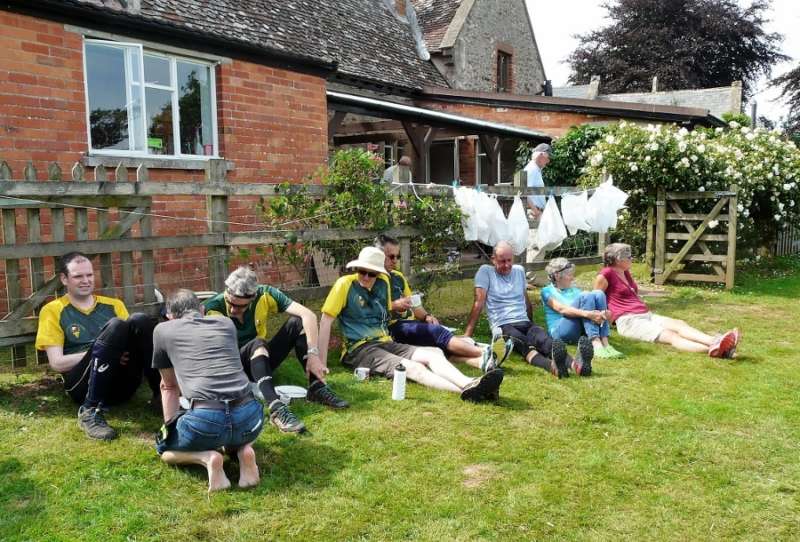 Heckling from the sidelines was de rigeur

But when I crossed back over the stream I managed to spot the control after all. Getting back to the start was okay after that but just when you think you've finished there's the maze. You dib the “finish” but then you turn the map over and in front of all the spectators you've got to do 10 maze controls. No pressure! Heckling from the sidelines was de rigeur - “get the map the right way up, Graham” was the least of it. 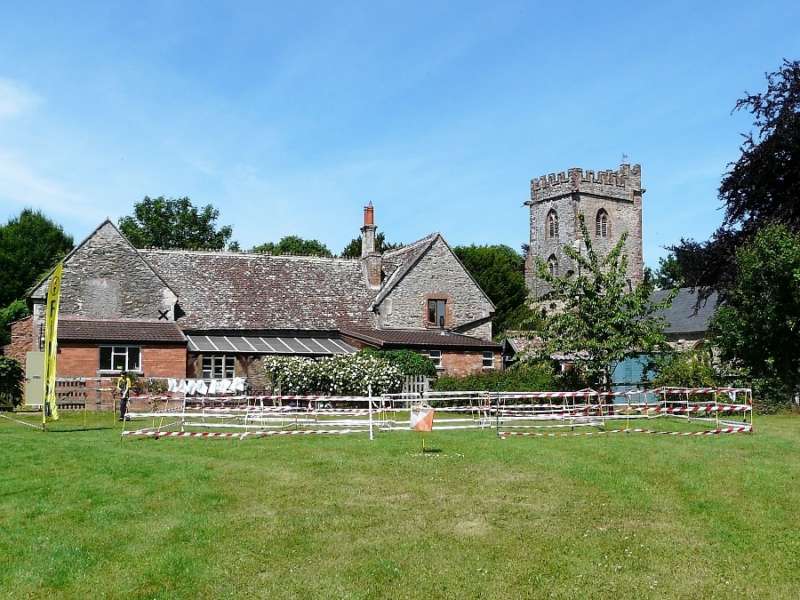 It is at this point that the master plan showed its true worth. Despite being the youngest in the team, I persuaded Andy and Brian to run 3 legs and I did 2. The scheme also allowed for me to do the memory map in a less than optimal manner and still not affect our overall time. Brian and Andy finished within a few seconds of each other. At the time in thought we were second to a strong BOK team of Gavin Clegg, Alison and John Simmons, but they had mispunched and incurred time penalties, and they slipped to third.

The event was followed by prize giving for the QOFLs and it appeared that everyone had enjoyed a very fine day. 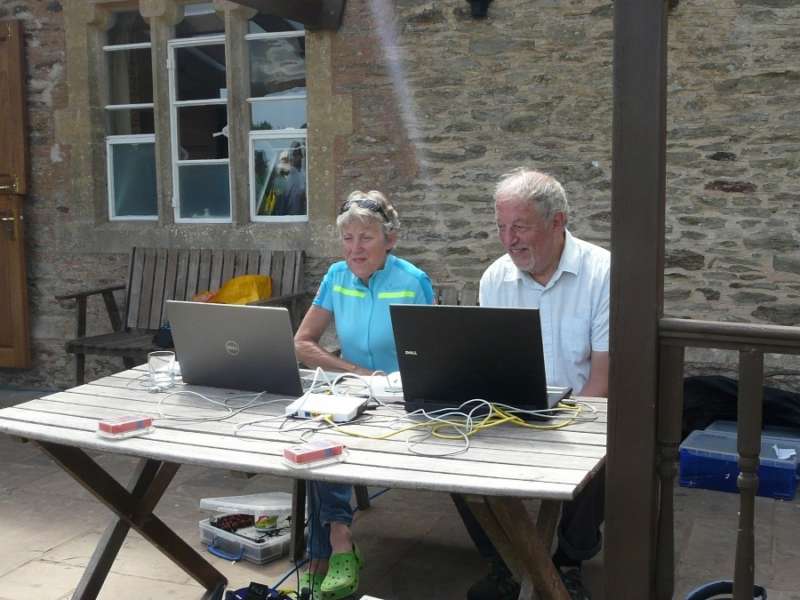 Rosie & John can relax- it's Andy who'll be wrestling with a monster spreadsheet to calculate the team results!

Thanks Graham, it was obviously as an enjoyable afternoon for you as it was for many others.

However, poor Graham's endless repetition to himself of the control location wasn't strictly necessary - the planner had helpfully provided control descriptions on the map excerpt Memory Map participants were provided with!

Part of a series of relays held every summer.

The relays are normally held throughout June and July, often on consecutive Sundays. Links:

All South West clubs are eligible to compete for the Chairman's Trophy. It's awarded to the club with the best record over the seven relays.

No dogs on courses 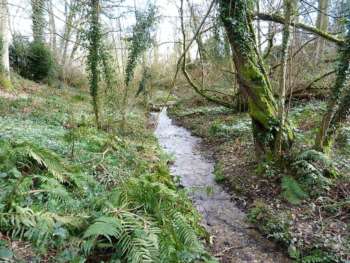