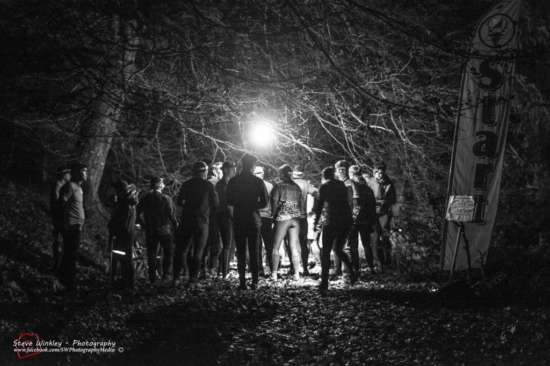 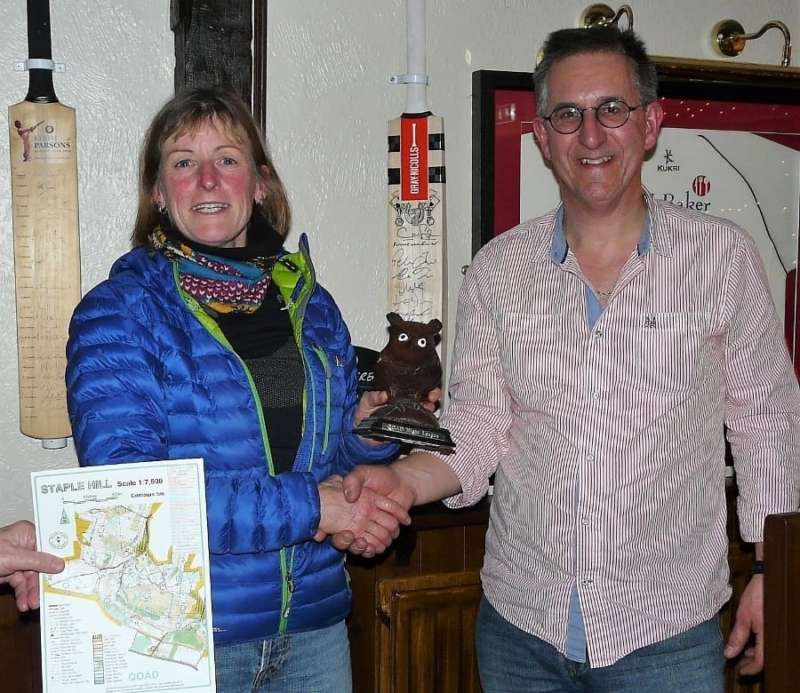 A female series winner again- hurrah! Not only that but Devon's Robin Carter became the first back-to-back series winner in our after dark competition- a wonderful achievement. Planner on the night Graham Hartley presented Robin with the trophy at a gathering afterwards at Traveller's Rest, nearby to the event venue.

This QOAD, the last of the season, was attended by 12 runners, mostly from QO but with some from Devon and Bristol.

Robin Carter, although she didn’t win this event, she did indeed win the QOAD league overall, for the second consecutive year. Spencer Modica came second in this event with a score of 399 points which means he comes 7th overall for the league with a grand total of 3896 points.

Well done to all that attended the QOADs for the last four months.

Message from the President

I was missing from the presentation evening after the QOAD on Saturday but add my congratulations to Robin Carter of Devon who retained the Night Owl trophy. It was good to see so many competitors from other clubs with us on a pretty miserable night. They even stayed to help collect controls. Thank you one and all.

Our series of night events, with a score course for all abilities.

See our page dedicated to night events, including the latest league table.

All those participating must wear a head torch plus carry a spare and a whistle for emergencies.

Format: one hour score course for all abilities.

Scoring: different points awarded for each control dependent on its difficulty e.g. 15 for easy control 50 for difficult or far away control. Maximum points available typically = 500.

Penalties: will be deducted for late finishes at 10 points per minute and pro rated to fractions of minutes.

Restriction: controls are divided equally into two blocks, red and blue. You can switch between one set of controls to the other only once. e.g. If you started on red, once you have dibbed a blue control you must continue on blue. This format allows stronger runners to cover more ground i.e. two loops of the area.

Newcomers: it is possible to select a sequence of controls that would be no more difficult than a Yellow or an Orange course. To make it even easier, if you attend JOG training during the day you can see where the night controls are located.

Starts: as soon as it is dark enough. The latest possible start time is 18.15.

Open, grazed hill top, surrounded by rough open. Further down the slopes is runnable woodland. There is a decent path network and some clusters of contour and point features.