Near: Belstone Level of event: Local

Part of a weekend of orienteering guaranteeing a warm welcome and challenging runs in areas of outstanding natural beauty. 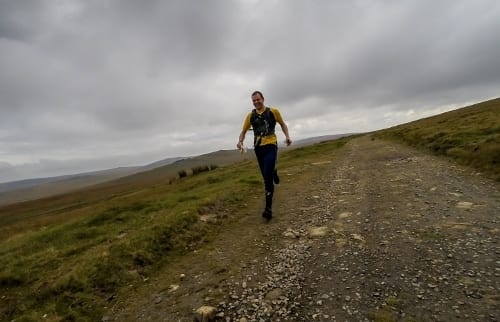 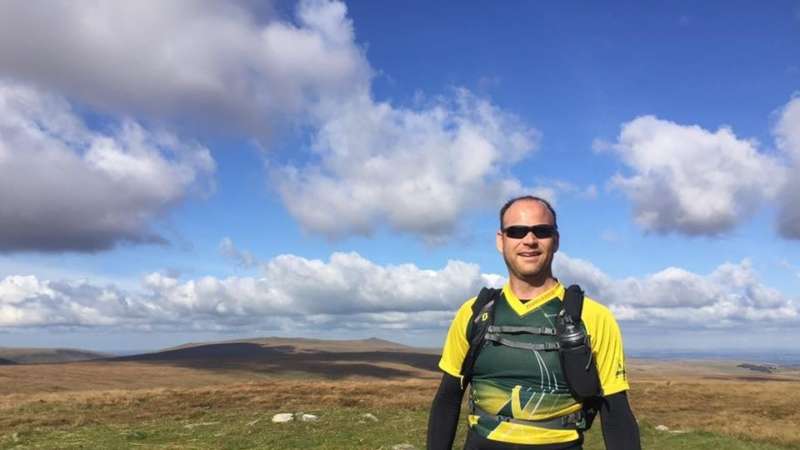 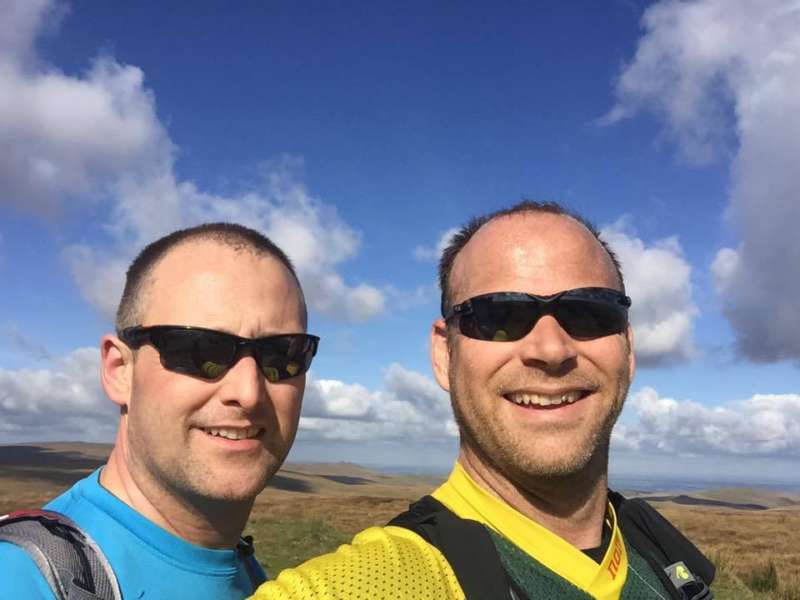 Nice to see someone from QO winning the Long event on day 2 of the Long-O weekend last Sunday, although it was Julien Le Borgne from French orienteering club "Quimper Orientation". Perhaps we should have some sort of twinning ceremony between English and French QOs?! 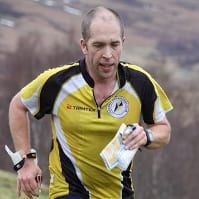 My first long O for four years, thanks to all at the club for putting it on. Forgotten how much fun it is, even with the tussock and swamp on day two. Particularly enjoyed the day one score, fast and furious but had to keep reiterating all the way round. Just what "cunning running" should be! 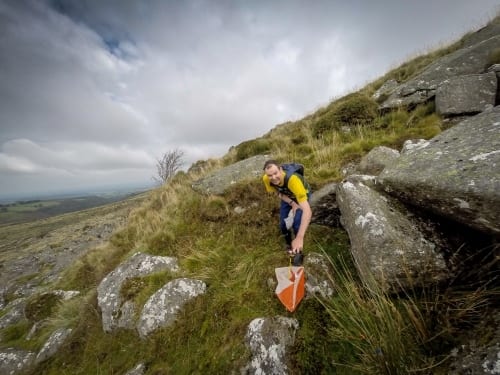 Gloriously sunny early autumn weather dominated ours and Devon OC’s annual long o weekend, with cagouls remaining in backpacks and short sleeves defiantly sported. I chose to the medium course on each day, having realised over the past few years it is the perfect distance for me. The joy of the long O is you don’t feel confined to a small patch of forest and you can stretch out and cover huge swathes of remote countryside. There’s probably something very primeval about this, harking back to the species’ time on the savannahs of Africa- but that one’s for the anthopologists.

I’d had a great day 1, finishing 2nd on the medium course on the terrain to the west, during which I ran about 18km in 2 hours, a personal record. Unfortunately, as is the case most times I use a YHA (this time at Okehampton), I hadn’t slept much overnight. Determinedly, I rose early for some porridge then headed out into the chilly morning air. A return to the weekend event base on the edge of the pleasant village of Belstone and another pleasant walk to the start through the village, a deceptively leisurely start to the day! 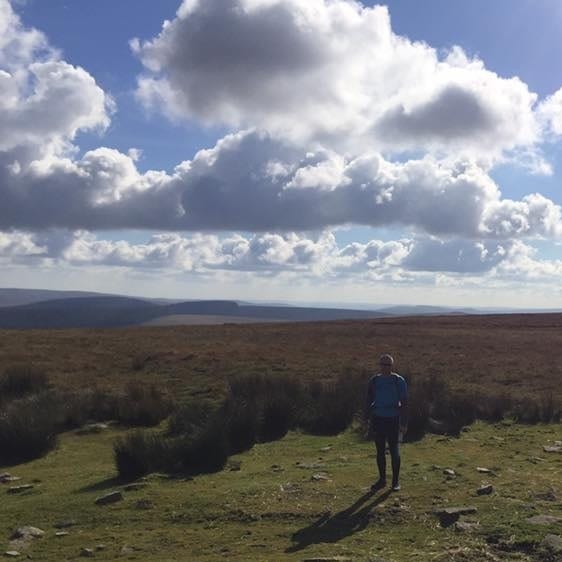 Aches and pains held me back on the climb halfway up 550m tall Cosdon Hill to #1. I had also just banged my head on an overhanging branch while crossing a river with a basic provision of stepping stones, cunningly I thought, until I was later told about the bridge apparently lying 50m upstream. Walking the first half of the 2k first leg, I mostly jogged the rest, to #1 on a contour feature on open hillside, arriving just ahead of Richard Sansbury who was doing the long course. Almost half an hour on the clock. The going was good so far, quite springy and runnable and boded well for the rest of the course. Paying close attention to the contours on some interesting looking earthworks, I located #2 nearby then, descended to #3 from the same river valley I had started from. 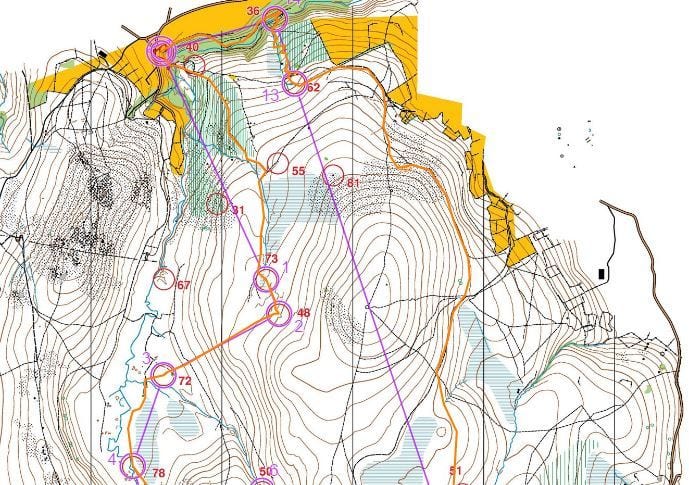 For those unfamiliar with them, long O maps are basically OS maps with heavy undergrowth that would impede progress shown and a few select extra features marked. For example, the river I followed from #3 to #5 was significantly recessed, though the earth wall wasn’t shown, not like a normal O map would. At a 1:25k scale, this would only have created clutter on the map. Again, this is another joy of Long O- everything gets simplified. Navigation, especially on fine days like today, can be as easy as pointing at a peak, then running vaguely towards it. Or, if you were doing the long course which traversed the northern half of Dartmoor, going south on a rough bearing for 5k (on leg #4) using the most runnable terrain you could chance on.

#5 is at a beautifully sunlit spot with lovely bubbling streams either side. It’s the type of picnic stop I would have made if I had a picnic and had the inclination to eat it. Long O’s can be treated as pleasant countryside rambles and that’s how I used to treat them but this time I want to compete hard! Except I have a lucky escape in this rural idyll, planting my foot a good metre into a hole, actually one of those streams masked by overgrown grass.

I elect to climb the hill to #6 rather than contour round the long way, and see Helen Kelsey of BOK. She remains neck and neck with me despite carrying a large rucksack and for the next 1k+ we remain closely pegged and exchange pleasantaries. Then a fast descent into a re-entrant at #8 at the same time as Martin Longhurst, who is cursing, having corrected himself after going off in the wrong direction. 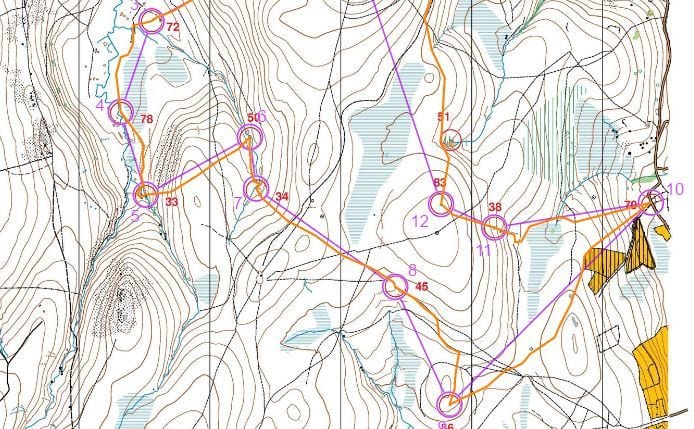 Leg #9 is again fast running, and a number of runners converge then diverge then converge again, as better route choices are copied and runnable animal trails spotted. There are fabulous views across Dartmoor from this prominent spot in the sunlight but I only find time for a quick hello and “how are you doing” to Pete Shirvington, who is plotting his next leg on the long course.

Next round two hills via pleasant semi-grazed land that might have been a quagmire had the weather been worse. #10 was a manned control in a car park down below; I take care to not to let my enthusiasm for a fast descent make Tim Gent of Devon lose his footing, immediately in front of me on a steep single track. Next head up hill through rough vegetation on a bearing, heading slightly too far to the left of a spring, which Michelle Spillar of Wessex appeared to see straight away. My hesitation meant I didn’t see this strong runner again for another half hour.

#12 was a ‘blink and you’ll miss it’ control by a water hole- I was glad I’d taken a bearing from the path and that it wasn’t a foggy day. Still plenty of energy left and a 4k leg opening up in front of me. With its tremendous visibility and runnability, it turned out to be one of the most memorable I’ve ever run. Presented with the choice of going round Cosdon Hill to the left, right or over it, I plumped for going right (east). 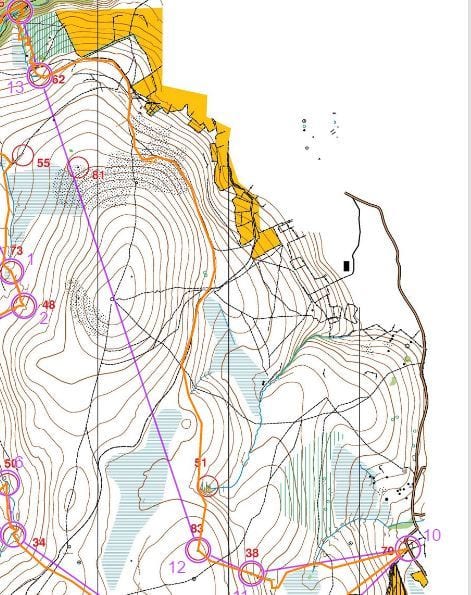 As is the case with well-planned Long O’s (like this one), if you go for a challenging cross country route you are often rewarded by finding unmapped runnable animal trails, taking you in a roughly straight line route. As opposed to wimping out and going for track runs marked on the path. And I was rewarded! It was only partly marshy and even then running had a soothing bounciness from the springiness of the ground. The open hillside was runnable, not too steep and not overly straightforward. I headed too far up the hill though that did allow me to catch sight of a few of my ‘rivals’ on the medium course, including Michelle Spillar, and chase them down.

I ended up in close company with several other runners on the medium course in a thrilling finale, the lead within the posse changing hands several times. I charged ahead of Spencer, Angela- and their dog. I was actually panting like one, having ran for most of the near hour it took me to complete the last three legs.

I ran flat out, head to head with course winner Tony Feltbower of Octavian Droobers for the last two legs. As the finish came into sight, we say Angela sprinting up the hill (“I felt like showing off!” Angela soon admitted) ahead of me and Tony. The Modicas had sensibly chosen to run along the paths, whereas Tony and I took a more ambitious route, first a zig zag descent through scattered bushes to the river, then crossing it and then getting slightly lost at one point.

Congratulations were bestowed upon the mapper Bill Vigar at the finish. I was particularly gushing in my praise, and not wrongly. I am sure Bill is used to taking the rough with the smooth and another competitor (no one I've named here) duly had a moan in earshot soon after. A feast of merriment ensued back at the village hall, where the great and good of long distance navigational running had descended to take in the hearty soup, rich cakes and to relay with eye-popping wonder the amazingness of their day out on the moors.

The thrilling long leg round Cosdon Hill will live long in the memory! Thanks to Bill, Rosie Wych, Andy Rimes, Matt Atkins (Devon) all those who put the event on. 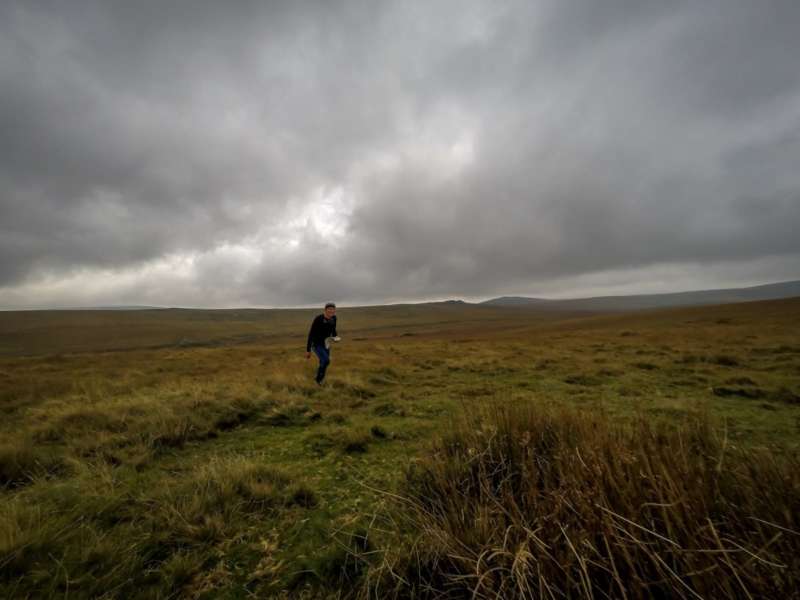