Near: Cullompton Level of event: Local

A beautiful late spring day at Forest Glade Holiday Park. There were plenty of excellent orienteers from neighbouring clubs in attendance to provide an exciting and competitive end to our league season. 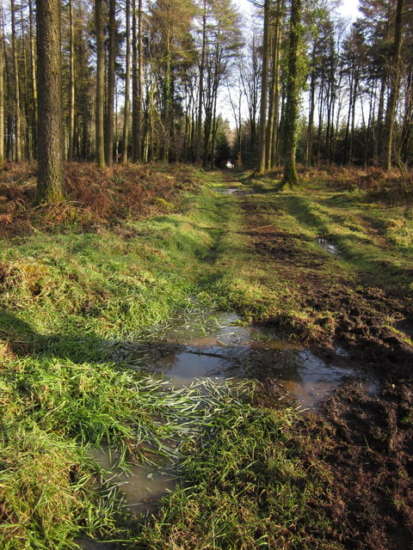 The destiny of most of our colour-coded leagues went down to the wire! There will now be a tense wait to see the final league tables 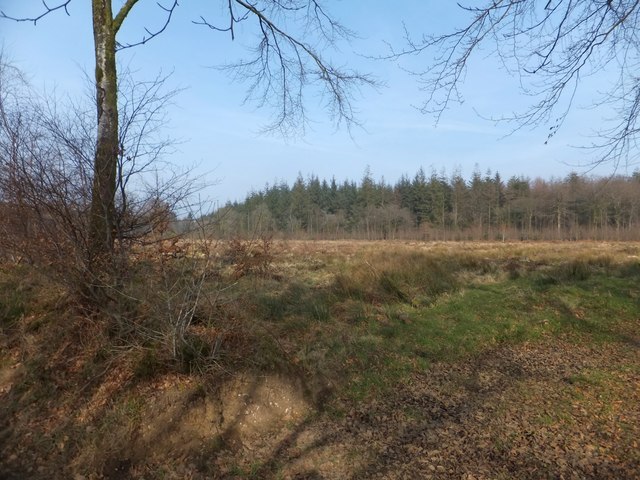 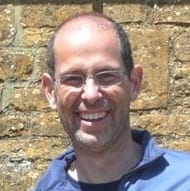 Planning for this event started in October last year with an initial visit to the area – discovering that that large areas were badly affected by brambles and everything to the East of the road was head-high bracken. Head scratching ensued and versions 1 to 3 of the courses drawn up. My wife, Angela, was the controller and her input, although not always welcome, was invaluable throughout.

By January we were discovering that, while the bracken had subsided, permission had not been granted for two areas that we were using and I had built up a long list of map changes to be done. I hand cranked the changes and moved on to versions 4 and 5. By March the control team had soundly critiqued my courses and I moved on to version 6. 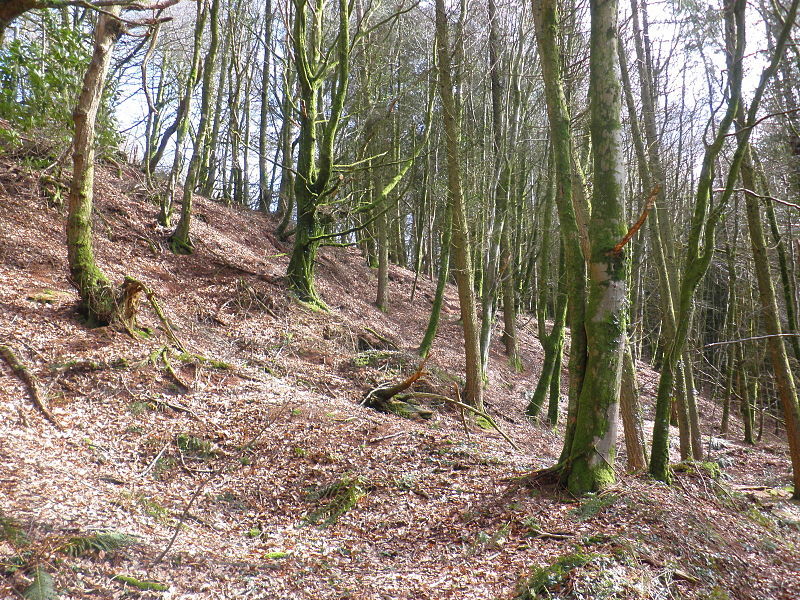 The area is challenging to plan as it is quite small, divided by a road and so much of it is unusable. The network of paths mean that finding ways of getting meaningful route choice and high TD for the senior courses was far from trivial.

My thanks go out to Bill Vigar who took over the mapping in March and helped ensure that we had the correct GPS coordinates for the trickier features. April saw version 7 and a host of minor tweaks, including a new start.

Recognising that I ended up with two sets of controls that bordered on being too close together, I apologise to those competitors who feel this detracted from their experience. I emerge from all the feedback I received a wiser planner and hope that the course was as bramble free and appropriately challenging as you had hoped.

My final thanks go to the helpers who made the day of the event a smooth running and positive affair. 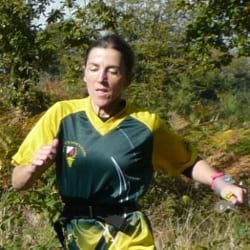 The actual day itself went flawlessly bar a few moans, but the build-up was a relentless amount of checking which was exhausting. I had difficulties managing the planner (and his ever changing courses) and the map needed a lot of work which lead to multiply visits to check the suitability and location of control sites, yet I’d do it all again and this is why.

Getting permission to use the campsite as an assembly point and parking was on my priority of concerns and Bob L sorted. We were less successful getting access to all the land used on previous events, so sadly the planners initial designs were binned. The planner had to get his head around smaller format planning which was a challenge. 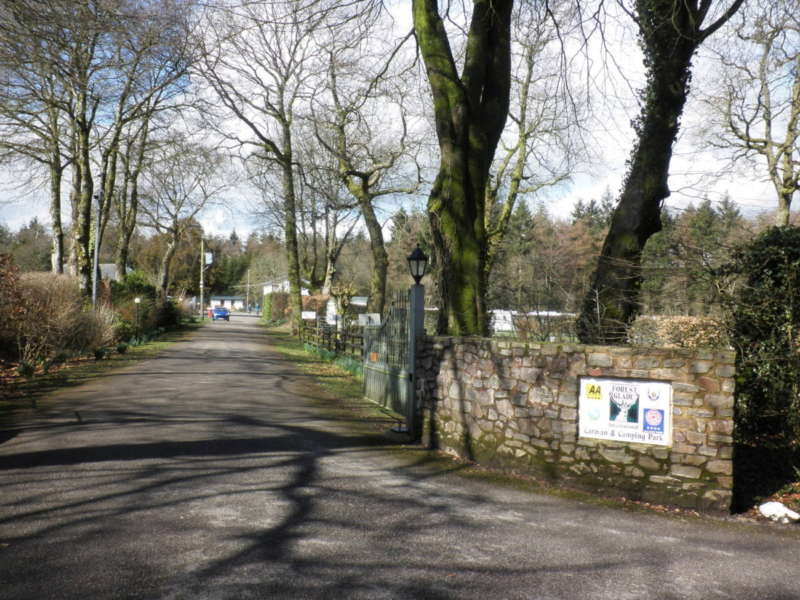 The road/lane appeared quiet but the planner reported he was nearly knocked down by a car so this increased the urgency for a manned road crossing (until course closure) with controls on either side. Jeff P agreed to allow one crossing point and we managed to get an army of helpers on the day. The timed-out crossing was a good idea but the 2 minute allowance was too high.

Rosie W advised me on controller issues and showed me how to evaluate the courses - she encouraged me to go on purple pen and think about route choices, bingo controls, dog-legs and most importantly to think about the ages of runners, their physical ability and the terrain.

Bill V had a huge amount of input as well and doubled checked all the features, suggested better (GPS referenced), made extensive changes to the map (printed all the courses for the event) and manned the ‘start’ on the day. 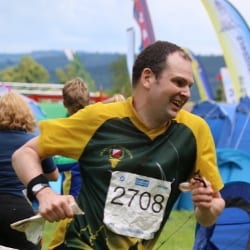 A holiday park- what a nice place to end the season at! The trim grounds with its excellent amenities and mains electricity always makes for a comfortable event base. Thanks again to Norman Wellard, Andrea, Sarah and the team at the park.

It was this knowledge together with the regular reports from the site from controller Angela Modica that meant I was in the rare position of not feeling compelled to make a site visit before the event! Angela also put up signs and provided me with useful prompts- thanks Angela.

Thanks also to all the helpers today for making the event run smoothly. Many of you had to change jobs or shifts at very little notice and did so efficiently and without complaint.

I hope you enjoyed your pasties- I know I did.

Team 2 were involved because their earlier event QOFL2 was cancelled and because we are struggling to fill roles. 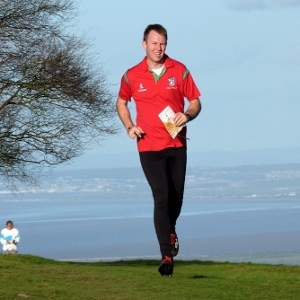 If you too have anything to say about the event, please send it to the website@quantockorienteers.co.uk

Thank everyone for making the event happen. Always great to finish a race and be able to sit in the sun eating an ice cream!

Orienteering signs will be placed to the SE of the Keeper's Cottage inn on the A373 Honiton Road and from Golden Lane Cross (which has a small brown sign for the park), NE of the holiday park.

From the West: turn left after Keepers Cottage, straight on along Broad Road to gates of park on the plateau. Along the way, frequent brown signs for a fishing attraction and to Sheldon indicate you are heading the right way.

Beware: runners will be crossing Broad Road at a designated crossing point near the Forest Park.

Will be on a level grassy field 200m from assembly. Please follow the instructions of any parking marshalls.

£1 per car and £2 for camper van size or larger, with funds raised going to Devon Air Ambulance.

Seven courses available and suitable for all ages and abilities:

The above course details are now final.

These are located no more than 150m or a few minutes' walk from registration.

Registration is 150m away from the nearest edge of the parking field.

Vehicles can drive surprisingly fast on the road south of the caravan park.

Therefore there will be a manned and timed-out crossing across this road on both the Blue and Green courses which participants will pass through twice during their course, once in each direction.

Please heed any instructions given by the marshall. There will be two controls either side of the road. The time you take between these controls will be eliminated from your race time, up to a maximum of two minutes. The manned crossing will closes at 14:30 (course closure time).

All other sections of this road are out of bounds.

Please be respectful towards the other users of the park and surrounding woods. Other groups include dog walkers, campers and horses and their riders. Please take care not to surprise any horses, especially when exiting the forest onto paths.

For insurance reasons (see Insurance note at foot of this page) you will only be allowed to run in this event if either:

Courses close: 14:30 (and not 15:00 as previously advertised). Please report to download by then.

Helpers: those on late shifts can start from 10:30 and should try to start as close to that time as possible to ensure the handover goes smoothly

Dogs must be on a lead when within the holiday park

Significant revisions April / May 2018 by Bill Vigar to reflect felling and thinning within certain blocks of forest. One partially felled area has individually mapped trees.

The campsite have kindly made available part of the camper's toilet blocks to us. Please pay notice to any signs on the day indicating which toilet(s) are available or not.

The following helpers have pre-ordered hot pasties, which are being served by the Holiday Park at 12.30:

As these are in lieu of your helpers' discount, no payment is necessary. Registration have a list of your names, so they know who's entitled to a discount and who's claiming a pastie instead!

Teams 2 and 3 are putting this event on.

Team 2 are involved because their earlier event QOFL2 was cancelled and because we are struggling to fill roles. 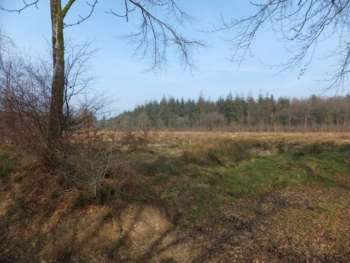