Near: Blackborough Level of event: Local

Results now considered to be FINAL

Thanks for coming, hope you enjoyed it. 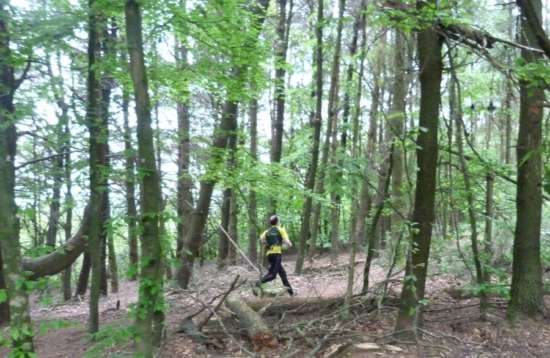 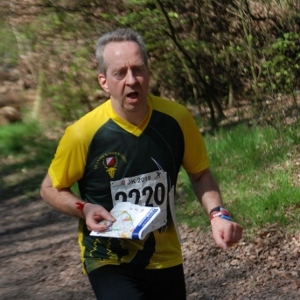 Jim battled through a cold at this year's JK long
Credit: Steve Rush

After a late scare from the forestry commission, the Blackborough event went ahead in much brighter conditions than I had feared. The evening before I put some controls out in a persistent drizzle and I awoke in Yeovil on the morning of the event to steady rain. But it turned out just fine. Most people seemed to enjoy themselves - but then I did avoid sending them through the dreaded swamps. Believe me I really wanted to but the rough open below parking area refused to offer up a fair route of access to 'Yoda' country (#nerd_alert). 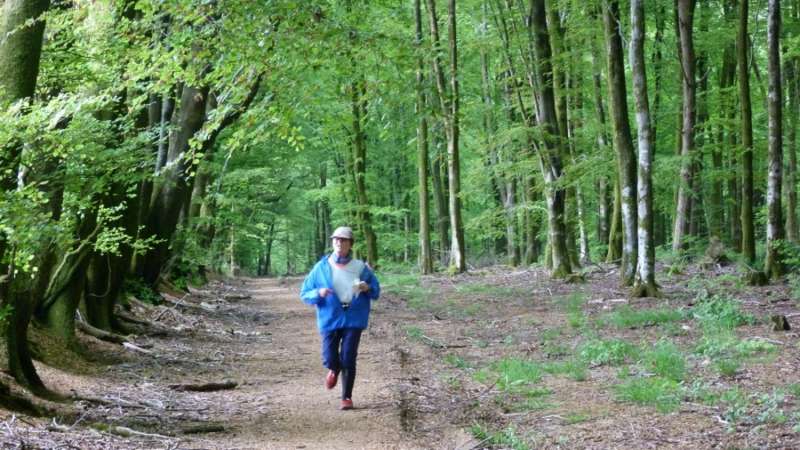 One Blue control generated much debate, in fact continuing a debate Robin and I had already had. What can I say, I still think it was fine. But you can all probably rest assured that particular site won't feature in next year's Galoppen! 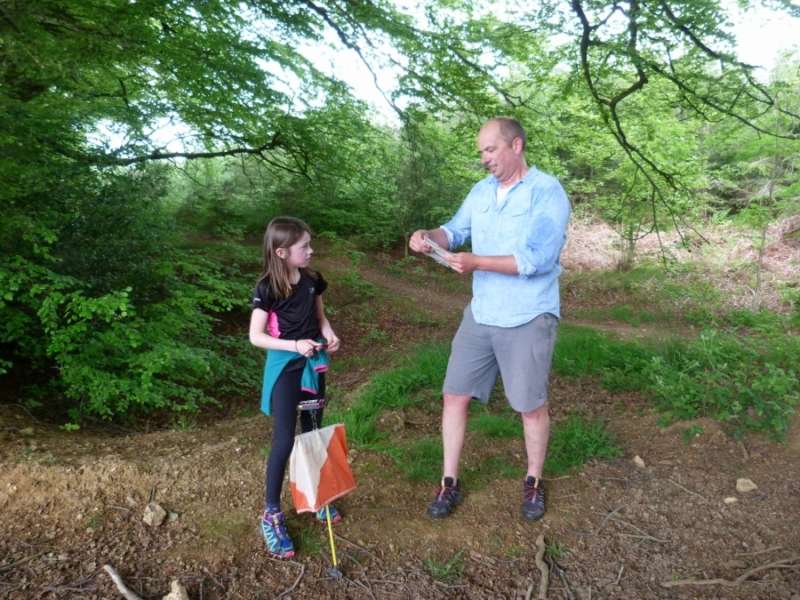 Where next?
Credit: Jim Pearson

Apologies to any competitors on Yellow who were affected by the map printing issues before we spotted the problem and had a chance to hand amend the remaining ones.

Thank you to Robin Carter (Devon Orienteering) for controlling and Chris Hasler for organising. Thanks also to Bob Lloyd for his negotiating skills (both for permissions and resolving the late scare); The 'forestry commission', for pragmatism in ultimately allowing the event to continue; Bill Vigar, for mapping, Andy Rimes, for the 'pooting; all the control collectors; and of course Mum and Dad, without whom the event would have needed a different planner! 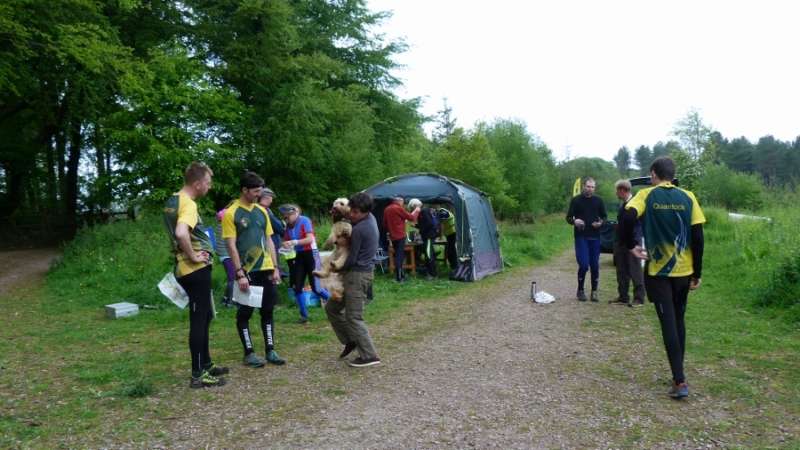 For those attending the companion event at Braunton Barrows, have a great time you masochistic fools. But one benefit of holding our event on Saturday, at least for those who still toil, no work tomorrow! 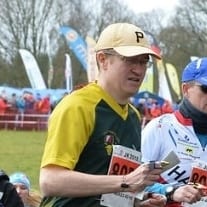 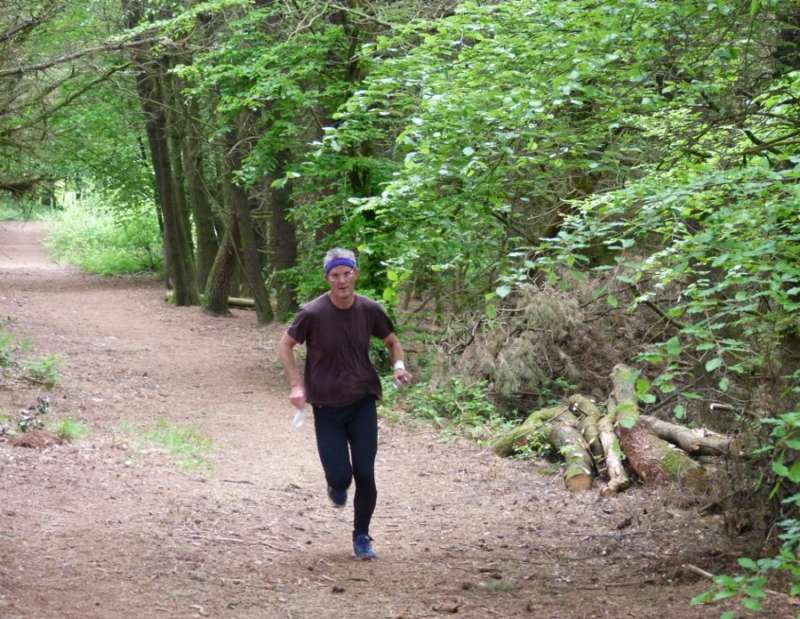 I'd like to thank the team for all their help in putting on a great season finale yesterday!

The Planner and Controller did a very good job designing the courses and then dealing with the last minute changes required by the Forestry Commission, but execution on the day was down to a marvellous team of helpers. 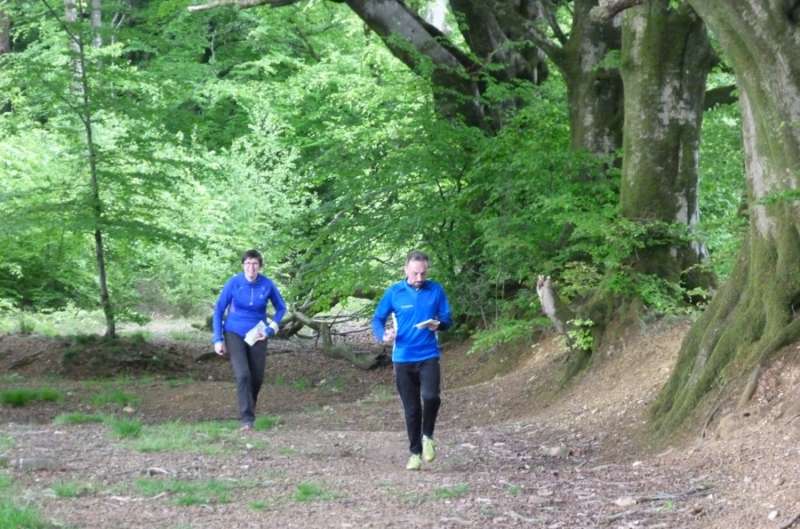 Thanks also to those who helped dismantle the tents and equipment and collect controls after the event.

The comedy highlight of the day was when the RAC came to rescue the competitor from Wimborne who had managed to lock her car keys in the car. The RAC officer had used a tool to partly wind down a rear window left ajar, and was about to use another tool to remove the keys from the ignition. Instead little Lewis R shot through the gap like a ferret and removed the keys in an instant. Well done young man!

Thank you all for coming.

Signed from Culmstock on the B3391.

Parking is on the large area of hard standing near registration and then back along the sides of the wide forest road into the venue. Parking is guided by marshals.

Suitable for all ages and abilities.

You need to join a recognised orienteering club once you have participated at three or more events. Participation as a non-member after three events invalidates that event's liability insurance.

Helpers: please obtain a discount code from the organiser before registering online!

For those entering on the day, filling out a Registration form (link) in advance will quicken up the entry process.

Helpers are entitled to a half price run.

The SportsIdent (SI) timing system will be used but contactless punching (SIAC) will not be enabled.

Those of you who have your own SI dibber please bring it to Registration to speed up the registration process.

A steep sided plateau with contour detail around the edges, and a mixture of open and cleared areas, with some runnable sections of mature woodland.

Blackborough comprises several areas of managed woodland. As a consequence, some areas contain many shallow depressions in close proximity and only the deepest are generally marked on the map. Similarly, not all rootstocks or fallen trees are marked.

Due to current forestry activity, it has not been possible to map constantly changing vehicle tracks and log piles. Such new features should not affect areas local to control sites but may be encountered in transit between controls.

In areas marked by canes with tufts, please keep to paths as these indicate recently planted seedlings.

QO hope to have a cake stall, raising money to help support the QO Junior Team in their travels to the Sandringham Estate in Norfolk, for the national finals of the Yvette Baker Trophy competition in early July.

Link: how QO got to the final