Near: Bristol Level of event: Local 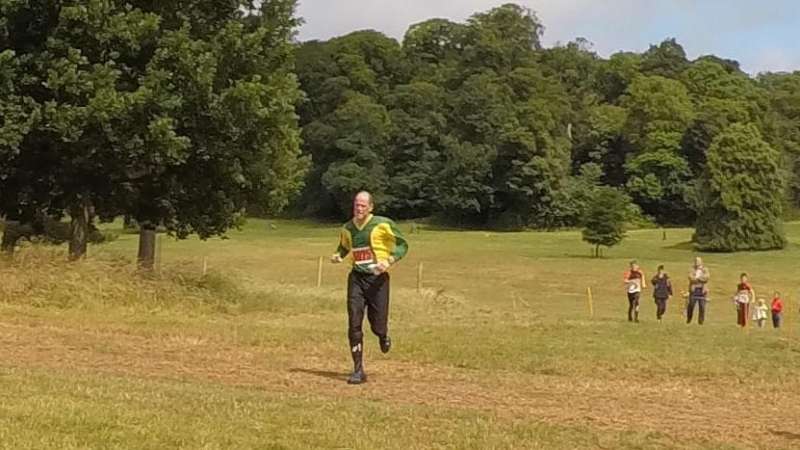 Pete takes over from Angela, with gusto!

The Greens, all 3rd leg runners, wait in the handover box

Thanks to all that came along today both to run, to help or support! In all, there were 30 runners plus 10 supporters.

Our flagship team QO Vadis competed in the premier competition. We were given a great start by Spencer Modica, romping round in 47 minutes, just 3 minutes behind the winner on his variant of Blue. Steve Robertson built on this, finishing 4th of 12 of those on the Green second leg course.

With a quarter of his final leg Blue course to go, Chris Philip was having an equally fine run and the team were on course for an excellent third place out of the 14 teams. Unfortunately, as we all know, when one mistake happens it can quickly lead to another! Cruelly, within a few legs, Chris had slipped to being 20 minutes behind the leader, who had only had four minutes on Chris by control 16. We finished 6th, above some Bristol teams, North Gloucester, but below Sarum and North Wilts.

A mispunch by Wessex Raiders meant we registered a rare win over the dominant relay team of the region. Maybe this another sign it could be Bristol OK's year? It might make the early series front-runners take the competition more seriously, as suggested on the SWOA website!

Our second string QOtable (Jeff, Roger and Matt) had a patchy time of it but it was all good practice. 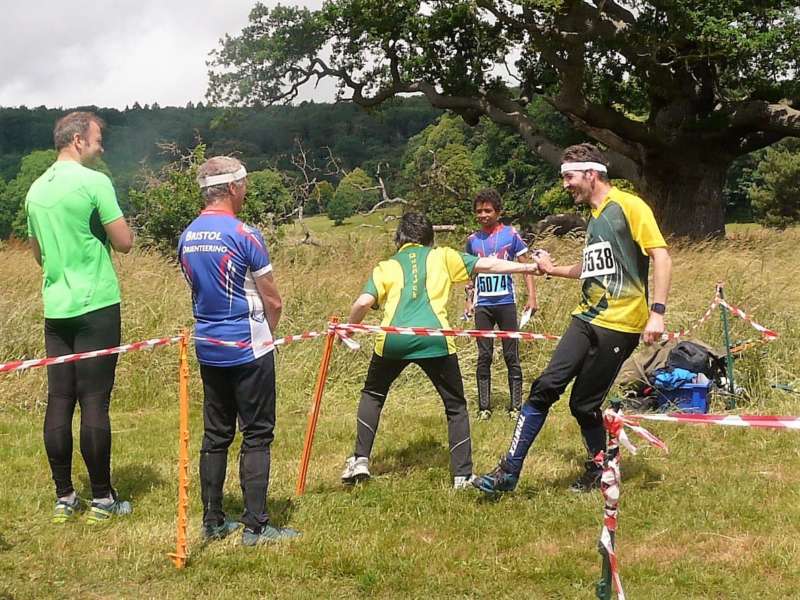 Elaine takes over from Pete

We fielded two teams, QO Deer finishing 7th of 11. Sam ran well on his first Green course, Sheila admirably completed a Blue while under the weather and newbie Richie Holgate hit the ground running on his first Orange course. Well done all.

Finally, strong runs (gallops?) from QO Ponies' Angela Modica and Pete Shirvington put us 4th out of 11. Third leg runner Elaine completed her course but the team were not given a final result. It's not certain why, though earlier there had been an admin hiccup with this team's registration and dibbers. Never mind!

Juniors rise to the challenge at Ashton Court

Rog on the run in 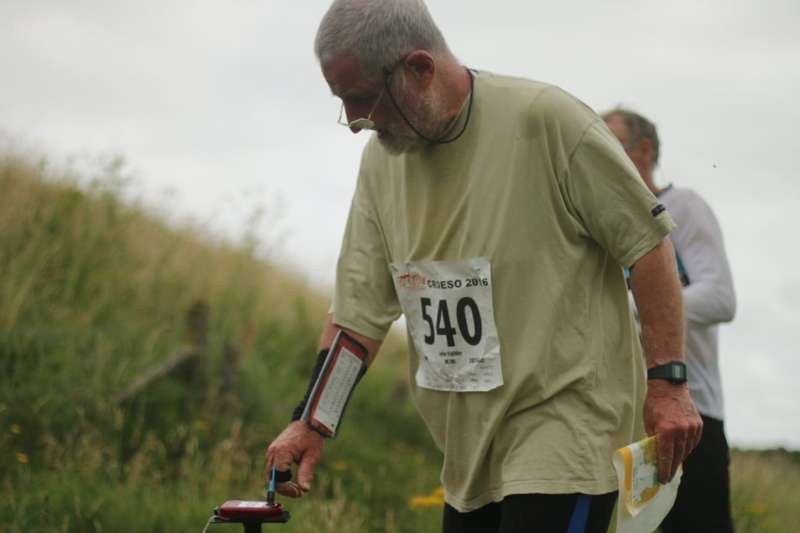 On behalf of the committee and the 30 competitors (as well as the ‘hangers-on’!), I would like to thank both Vikki Page and Jeff Pakes for managing the largest turnout of members from QO I can ever remember for a relay event. The sight of so many QO tops impressed BOK and the encouragement it gave to our Juniors was invaluable. I really feel that we are beginning to make a breakthrough with some of our new members achieving good times on technical courses, and as I said in my Summary at the AGM, we can approach the next Compass Sport Trophy round with some prospect of success.

Despite the weather, an enjoyable, social, and promising occasion for QO

Roger's having a second knee operation this week, a day after putting on a big O event for school children at Norton Manor Camp. Good luck with that Roger!

A message from the event organiser

Thanks for bringing so many teams to our event. It was great to see so many Quantock members there and I hope they all enjoyed themselves and that you felt that this was helpful for the JOG trainees.

A club other than Quantock Orienteers is organising this event. Please refer to that club's website for the most up-to-date information regarding this event. The information given on this page is specific to our club and the team(s) we are entering.

Previous experience says that the technical difficulty level of the courses is likely to be below average. Also, the various relays prescribe the courses which may be run. These are the reasons why some people may be running 'up' (e.g. doing Green rather than Orange) rather than 'down'.

Courses will be gaffled: this means there will be some variations in legs even on the same colour course. Gaffling is used to make following difficult. It is really important that younger runners in particular keep checking their control codes.

Jeff and Vikki have entered the teams listed further below

Dibbers: unless you have told the organiser otherwise, will those in senior teams please use the dibber you registered with BOF when you (re)joined QO. Runners will be disqualified if they use the wrong dibber. Please check the entry form if in doubt (NB: this is the latest version of the form we have seen; it was produced on Sunday 18 June before certain changes were made)

The club subsidises relay team entries by 50% so you're getting a half price run!

Members of senior teams: £4 each (including juniors in the Ad Hoc team). Dibber hire is £1.50. Please pay Jeff.

Members of junior teams ("schools" competition): £2 each: Pay to Vikki. All junior team members will be lent a dibber by the organising club, free of charge. Don't use any other dibber!

To help the organisers, if possible please pay monies over at Club champs the previous day or online - see Jeff's email of Friday 23rd.

Please be there in plenty of time to run your leg. Ask your team members or Jeff or Vikki if in doubt.

As a guide, try to allow a minimum of 45 minutes between arriving at the car park and the "call up" time of any first leg runners in your team. This might mean arriving between 09.30 and 09.45 That will allow time for your preparation and a team briefing. Those with third leg runners only have a little bit more slack. Further details are here:

On the day, gather with everyone else representing the club by the QO banner (pictured).

Runnable, open and undulating terrain surrounding a mansion house, with scattered areas of woodland, some steep.

See the image gallery below for the map, which shows a Blue course at the Adams Avery relays which QO teams ran in 2014.

Note: the following team is classed as senior because it has one senior member in it

The following people have been allocated to ad hoc teams by Bristol OK. What teams they are in is not known at present:

As required by the rules, the following teams consist of those who are still at school:

* subject to injury clearing up. Any junior who's not running who'd like to take his place or who's running White and would like to run twice can do so in place of Jacob, should the situation arise.