Near: Cullompton Level of event: Local

Nearly 40 QO took on this big, physically and mentally demanding forest in our first QOFL outside our own area. 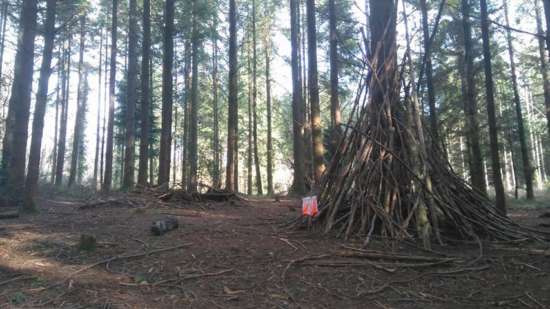 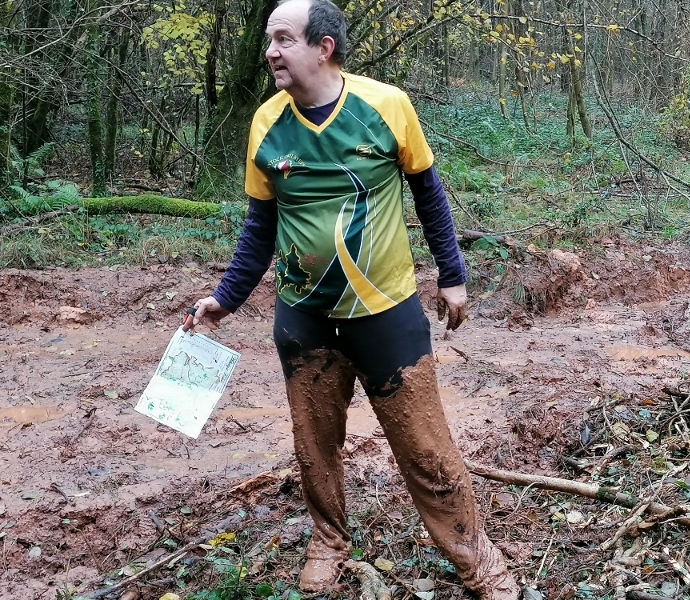 Where's Neil been then?
Credit: Jana

An away day for the club

Back to back QOFLs, seven days apart. The challenge couldn't have been more different...after the open moor and steep coombes of St Audries, we returned to the forest proper, with a completely new venue on the QOFL circuit.

While 40 was many more QO than would travel to say a SW League event, QOFL league points were at stake and travel time not much further for most than say to get to Blackborough. 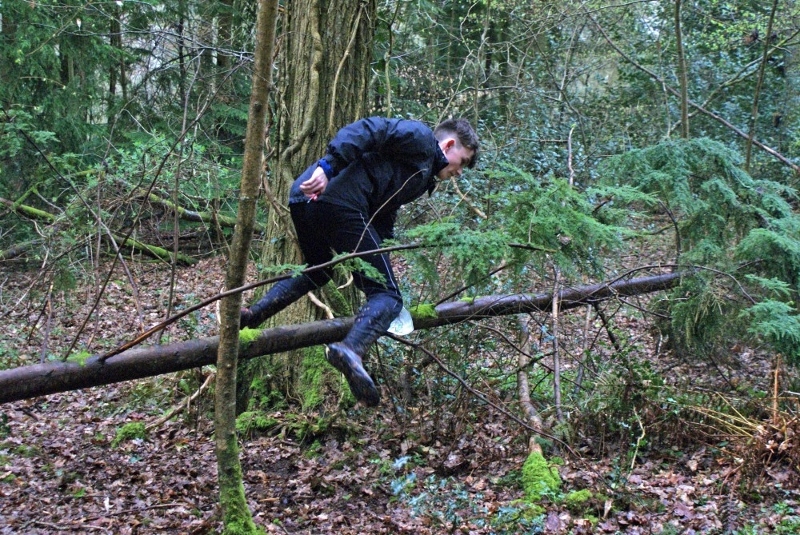 After a wet autumn, those travelling knew they had to be prepared for mud and forest that can be difficult to traverse in places. This didn't stop most QO from adapting well and there were many runners 'placing' on their course and Richard Sansbury, Ray Toomer and Al Hemmings winning theirs.

Unfortunately, two names you won't see in the results though are Phil Sorrell and hip injury victim Ollie Rant. Wishing you a speedy recovery, Ollie. Phil lost his dibber during the race- see Phil's report below. Perhaps everyone should have a wrist strap like those used at JOG to prevent this happening? 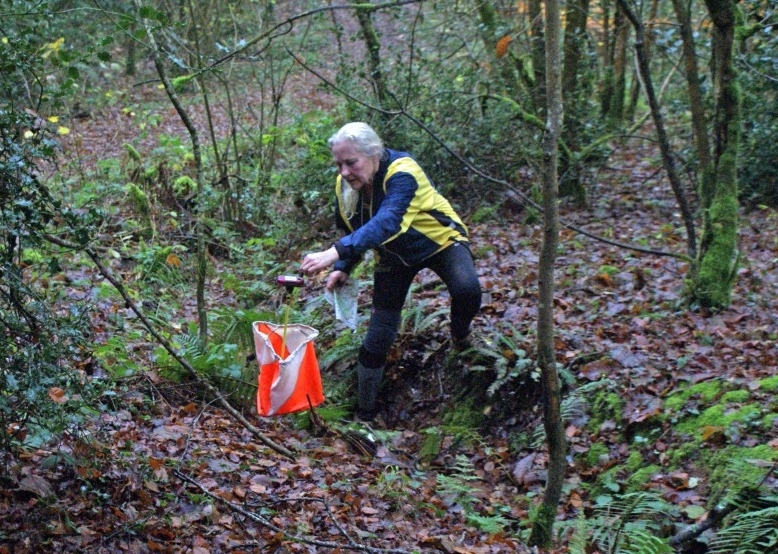 The event was kindly hosted by Devon Orienteers - for more information see their event webpage (link here). In return, Devon are taking up QOFL5 at Ramscombe for inclusion in their league this season. It is hoped that the initiative will prove equally popular with Devon members and that both clubs will benefit.

I hope you enjoy reading the reports from Pete Akers and Phil Sorrell below. Thanks to both. Submissions are always welcome, everyone. 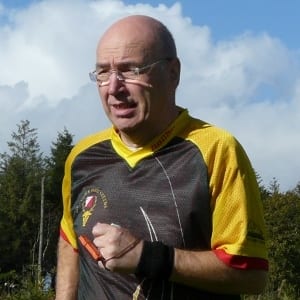 If there were prizes for perseverance...

Not for the first time at the last few events I had cause to complain to the planner at QOFL3 that the map was wrong - all of the features should have been mapped in blue! The combination of Ashclyst's natural vegetation, considerable rain over the last few weeks and the recent forestry work produced areas of considerable hydration. If the Green was a fair example, then the courses were an excellent combination of technical and physical challenge. A great mixture of shorter legs in complicated technical areas and longer legs offering multiple route choices. 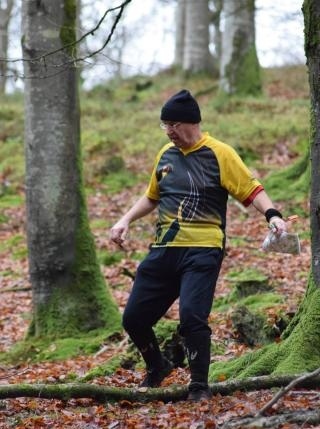 Pete at the Quantock Weekend of Orienteering, 2016
Credit: Andy Johnson

My own experience confirmed once again that I make my worst mistakes when I am tired - why oh why did I decide to go through the rhododendron fight to reach control 13 on Green? Clearly my subconscious decided that I needed more practice at recovering from poor route selection.

Mention has been made already of the many QO members who finished in leading or podium positions on the various courses, but I would like to offer a special prize for perseverance to Roger Craddock on Green. Examination of the split times shows that Roger took 55 minutes on the leg to control 4, after a little under 80 minutes in the forest. That would be enough to make many a lesser competitor head for the comfort of dry socks and the coffee flask but not Roger, he responded with an astonishingly quick time at the next control (control 5 in just 3:14) and then battled on to complete the Green course without further mishap. Hats off to Perseverance Champion!

Many thanks to the Devon team for planning, preparing and organising a challenging event. 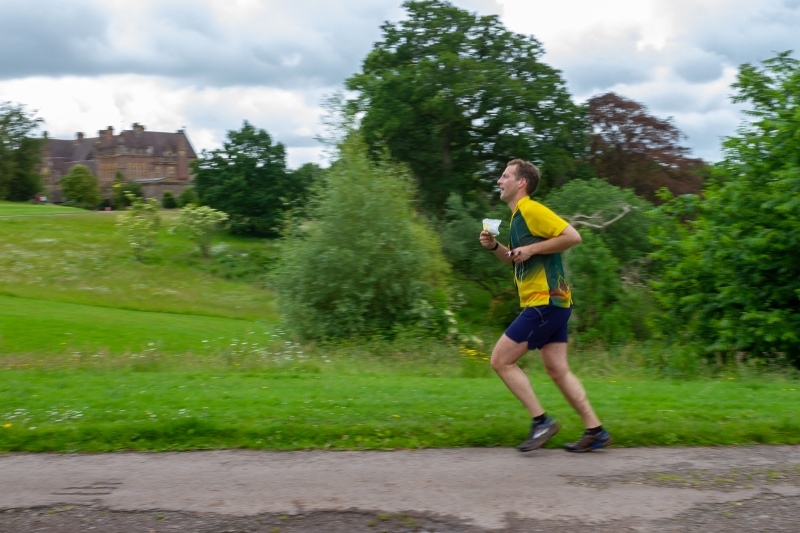 Excellent to see Phil and family make such excellent progress in their debut full season of orienteering! They did have mixed fortunes at Ashclyst though...

Al had a good run on White - correcting a small error quickly and otherwise having a fast clear run to come in first.

Sebastian, who had tired himself out playing in the forest early on had a fun run on White. He was distracted by sticks (given to his accompanying parent to carry) and unfortunately puddle dodging meant he missed a control early on. 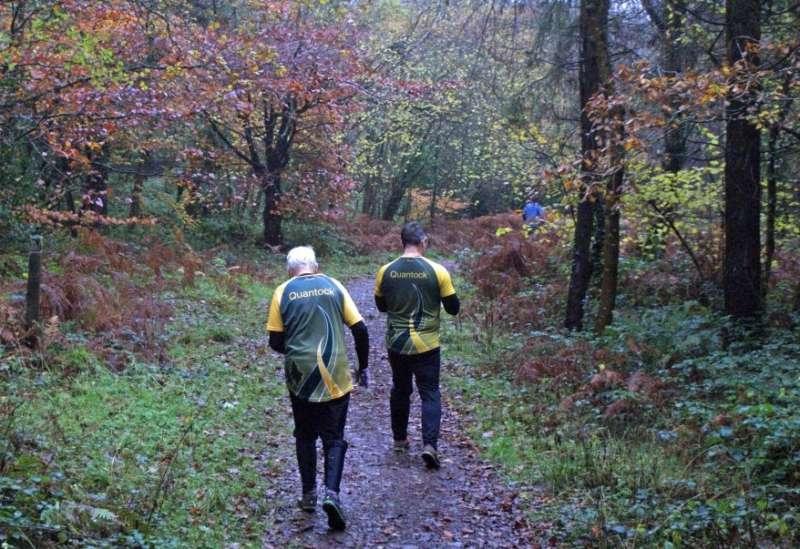 Two of the many Green and Yellow jerseys out there
Credit: Bryan Smith

Sarah enjoyed the challenge of her first green course. Generally it went quite well, although a few routes were a little more scenic than planned and she ultimately had to miss a few to get back in time for everyone else to have a run.

I really enjoyed the deep mud, the running in streams and the vegetation dodging, ultimately coming in with a respectable time of 90:05 on the blue course [this would have given QO four runners in the top seven on that course]. Sadly my dibber only made it to control 8 and is still lost in the forest somewhere (thanks to Richard and Roger for the help searching).

This event is being hosted by Devon OC - please see the Devon website for further details.

Please make sure you have read and comply with the Participant Code Of Conduct.

On offer is the full range of colour-coded courses available at QO's league events, plus the extra-long Brown course.

As there is no Brown league in the QOFL series, runners opting to run that course will not gain a QOFL score as such.

All other runners are opted in to the QOFL scoring.

The fee structure is different to the other QOFLs this season- please check the Devon OC event listing.

They have a particularly good rate for seniors running the Light Green course or below.