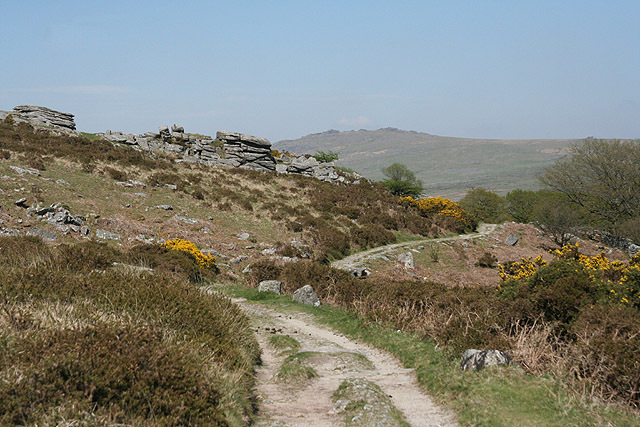 Heading north towards Heckwood Tor, to the SE of the competition area
Credit: Martin Bodman

Despite the rainy start to the day, 22 QO headed to the opening race of the new SW League season, up on Dartmoor. They were rewarded with a great event, some good runs and sunshine which made hanging around afterwards a pleasure.

Richard Sansbury was 5th overall and top dog on Brown for QO but Andy Rimes did well to get within 10 minutes of Richard, with Pete Shirvington and Jeff Pakes a further 10 minutes behind.

Martin Lewis was flying on the Blue course, taking the scalps he threatened to last week and finishing a lofty 11th of 29 - a personal best? Ollie Rant had a highly respectable debut outing on Blue, but no surprises when you consider it was on an area where he has wild camped. 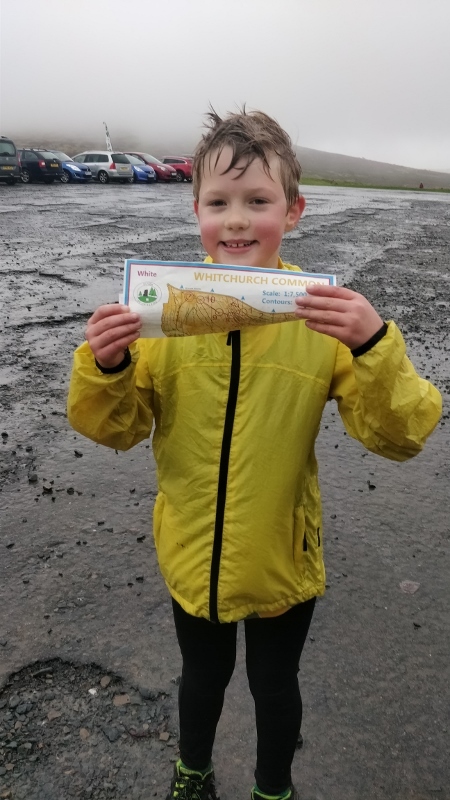 A sodden start, but it's still all smiles!

Another familiar with these parts, 'Ten Tors Tom' Hasler, was three minutes behind Martin. New boy Phil Sorrell also counts Whitchurch Common as a favoured area and headed the six QO's on Green. He replicated Martin's 11th place out of 29.

Of the 'evergreen' contingent, John Trayler raced round in just an hour, to pip the ever consistent Tony Hext and finish as the 2nd placed QO on Green. Bill Vigar got his defence of his SW League title off to a good start. He was 3rd on Short Green and collected his trophy at the awards ceremony after his run.

Another newcomer to the South West circuit Sarah Pascall breezed round Orange and was just six minutes behind the winner in 4th (out of 14), while Al and Sebastian Hemmings got round the White course in just 16 and 26 minutes respectably.

Well done all - a great day out, and thank you to Devon OC who hopefully achieved the turnout they wanted and that the event deserved.

Phil Sorrell is third on the Green course but only 10 points off the leader. Down a level, Bill Vigar is 2nd on Short Green while it's a QO 1-2 on Orange, with Oliver Lewis leading and his sister Annabelle close behind.