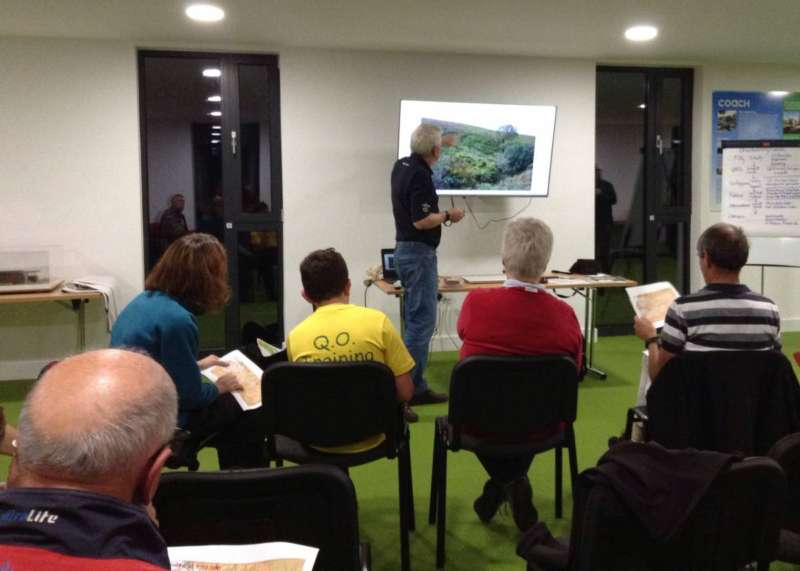 Steve runs through the Photo-O solution

Our first Club Night of the season at Taunton's COACH centre provided training for the juniors in adjacent parkland and a series of presentations for seniors in doors. Steve Robertson's Photo O competition provided novelty and a real challenge for those brave enough to have a go 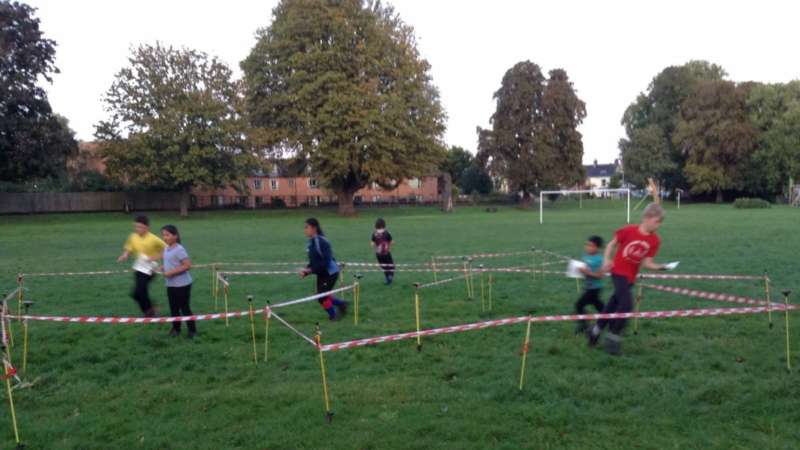 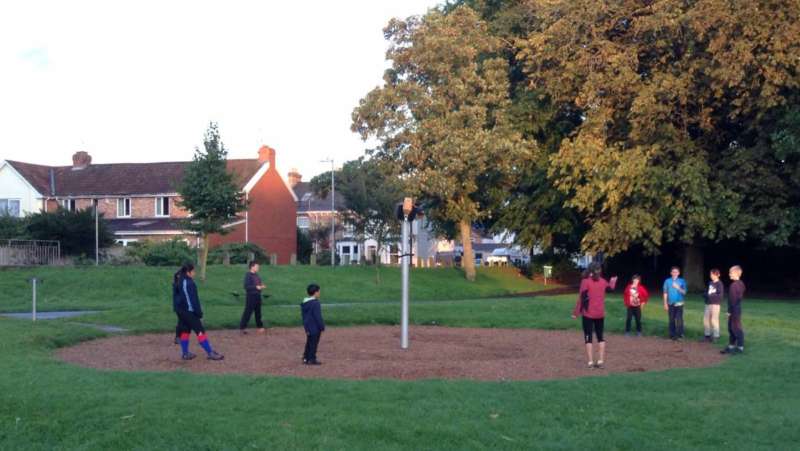 Anyone who has struggled with the photographic orienteering 'course' in CompassSport magazine will have been pleasantly surprised at Steve's puzzle, which taxed the brain - but not too much. Nethertheless, no one solved it completely in the half hour allowed! It was based on photos of St Audries at the west end of the Quantocks, where we have a forest league event next month.

The puzzle is basically "where am I on the map?" You establish exactly where each control is based on a carefully shot photograph of the control and the surrounding area, each picture containing several clues as to its whereabouts. A useful skill to develop, as anyone who has found themselves at the wrong control in a suddenly unfamiliar locale will testify. Steve run-through of the solution included plenty of tips.

Using GPS routes runners had recorded on Routegadget, Brian Pearson "treated" us to some action replays of some navigational howlers on the big screen. They were all 'performed' at the recent Caddihoe event on sand dunes in Cornwall. Brian was one of several members who came unstuck down there, so it was a boost to his morale and ours to see that so many good orienteers also found the terrain challenging.

Jeff Pakes talked through a video on the Scottish 6 Days and chairman Roger Craddock explained the progression in competitions from junior up to International. The evening began with preambles from our president and chairman, then a brief talk from Dave Bullock, a prominent figure both at COACH and within the Somerset Activity and Sports Partnership (SASP).

We ended with tea and Julia Robertson's flapjacks and brownies.

Thankfully, scattered amongst the ranks of seasoned campaigners, there were a few newer faces there. Hopefully there will be plenty more next week when we cover basic orienteering skills in detail!