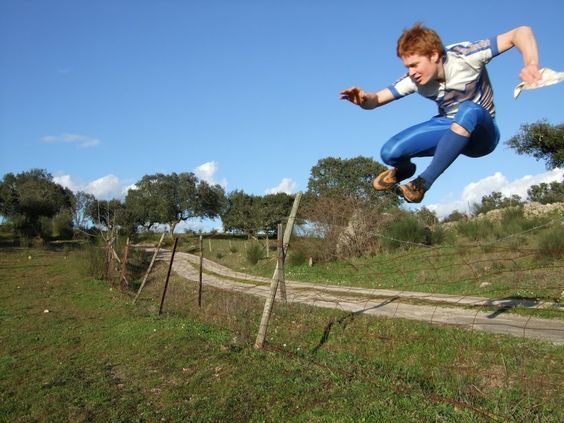 The recent Longrun JOG threw up a point about uncrossable boundaries. As so many were caught out by this, and earned a time penalty as a result, I thought it would be sensible to highlight this. In a more serious competition, disqualification would be the likely result of an infringment.

How Uncrossable Boundaries are Marked

First and foremost, check the legend/key on the map. It will probably tell you.

The first thing to watch out for are purple overprinted lines (other than the ones joining controls) and purple stripes/hatching. These always mean forbidden to cross.

In sprint and urban orienteering, there are many more. Basically, the meaning of 'impassible' shifts from 'you'd be silly to try, but you're allowed to' to 'not allowed to'.

Here are some examples:

For instance, a wall may well be quite low and eminently vaultable, but if it is mapped as a thick black line you are not allowed to cross. This could be a safety thing to protect the public from falling orienteers, or a permissions thing where the owner doesn't want to risk people damaging their wall.

Another thing that really needs stressing is that if something is marked uncrossable, you can't cross it even if you find an open gate that isn't mapped as a crossing. This is partly due to permissions and partly in the interests of fairness - it might be open when you get there but then a couple of minutes later someone comes back from emptying the bins and locks it.

Here's the British orienteering rule on the matter:

21.11 Crossing points must be indicated by curved brackets.

• Where there is only one valid option for crossing an "uncrossable" boundary the line between controls should be bent to this point.

• Where there is more than one option for crossing the "uncrossable" boundary the line between controls should be broken either side of the boundary.

The bit about brackets doesn't apply if there is no crossing point - if the competitor has to go to one or other end to pass it. However, the second bullet point would still apply.