Review of the Second Quantocks Challenge 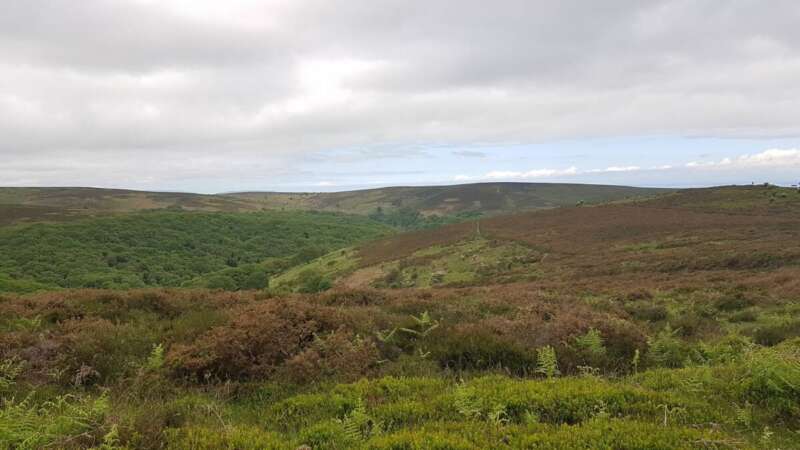 Roger Craddock tells us of his run on this year's Quantocks Challenge.

"One of my ‘bucket list’ items was to have a go at Alasdair Shaw’s Quantock Challenge, so when my wife Judy suggested taking our grand-daughter for an extended walk on the hills I seized the opportunity to make it more active by proposing a 3 hr run/walk provided by Quantock Orienteers. Not surprisingly that met with a lukewarm reception! It was agreed however that I would be dropped off at Crowcombe Park Gate and they would walk to Dowsborough Hill and back and then visit the village before collecting me.

Having seen that QO members John Fisher, the Macpherson children Martha and Freddie, and the Toomer family had all completed the Short Course in good times with competitive scores, I had an added incentive to accept the Challenge.

Having stocked my rucksack with water, suncream, waterproof, and mobile i-phone as instructed, I entered the event from the website using MapRunF and transferred the course to my Garmin watch.

My plan had been to take an anti-clockwise route leaving the trig point (#28) above the start to the end. I was aiming to take #39 to #29 and then climb back up to take the controls along the top before heading down to the bottom of Bicknoller Combe to pick the most valuable controls (#99 & #97) before returning along the ridge picking up as many as time (and my pace) would allow.

After packing my shoe with a female padding item found sculling around in the bottom of the family rucksack to prevent a blister, I drifted too high going from #29 to #48 and had to come down the re-entrant. My mistake here was to think I could go on down to pick up #38 & #13, not realizing the red numbers on the map were grid reference lines not controls!

Having committed myself to dropping off the map I negotiated a couple of Equestrian Centre fields back onto the map to pick up #56 to climb 100m back onto the hills. Abandoned any thoughts of dropping down to the bottom of Bicknoller Combe and #99!

I really enjoyed running (yes-running) along the top from there and wish I had taken in #54 as well as #55. The paths were delightful, the views were magnificent, and the weather ideal. I even met Chris Brandford (Wessex) competing on the Long course at #58. The only downer was taking a tumble on the path at #26 which left me with cuts and bruises as trophies to show the family on return.

Congratulations to Brian Pearson, Ray Toomer and Andy Rimes for their high scores and to Chairman Alasdair Shaw for creating yet another brilliant initiative in these strange times. Hopefully we can maintain this annual virtual challenge.

My personal statistics recorded I had gone over 20000 steps, consumed 1240 calories and had an average heart rate of 119bpm!

The Quantocks Challenge 2021 closes at the end of Sunday 22 August. But don't worry, you can still have a go after then as it will stay open as a permanent course.