Medals for Gavin and Andrew 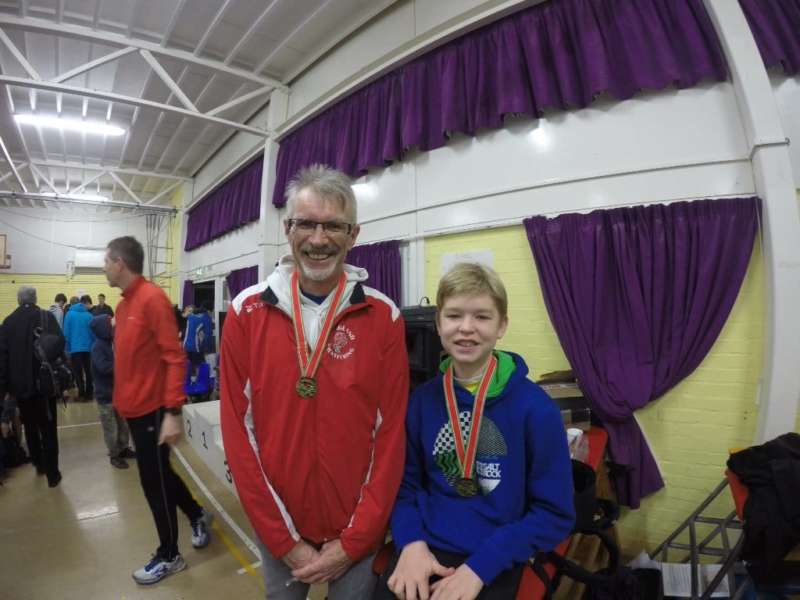 Gavin Clegg reports from Brighton where he and Andrew Page dodged the Christmas late night shoppers and revellers to place yet again in the final southern league street race of the season...

The final race in the SEOUL League was held at Brighton on Saturday night. Checkout the video (see below, by a junior Southdown Orienteers, Tom Jarvis) to give you a flavour of the race. It’s a mass start urban night race, round the streets, parks and Laines of Brighton – right through the Christmas shoppers and revellers as well! Andrew Page was in with a chance of being joint first in the League - providing he won at Brighton. A clean start mean that going into the butterfly loops Andrew was only 2 seconds down, but a hesitation on 10 to 11 cost him 15 seconds. Racing hard to catch this up then led to a 60 second error on the penultimate control.

Andrew finished third on the night but that was still good enough for him to finish second overall in the League – a fantastic achievement against some of the best juniors in the South and bodes well for next year. Gavin won the MSV class by over 5 minutes and ended up 3rd overall in the League, not having been to enough races to challenge for the title. Results here

Other final results in the SEOUL league were:

In the UK Orienteering League, Quantocks ended up 86th out of 115 clubs with Bill Vigar 318, Gavin Clegg 291 and Jeff Pakes 208 being the top individual scorers.