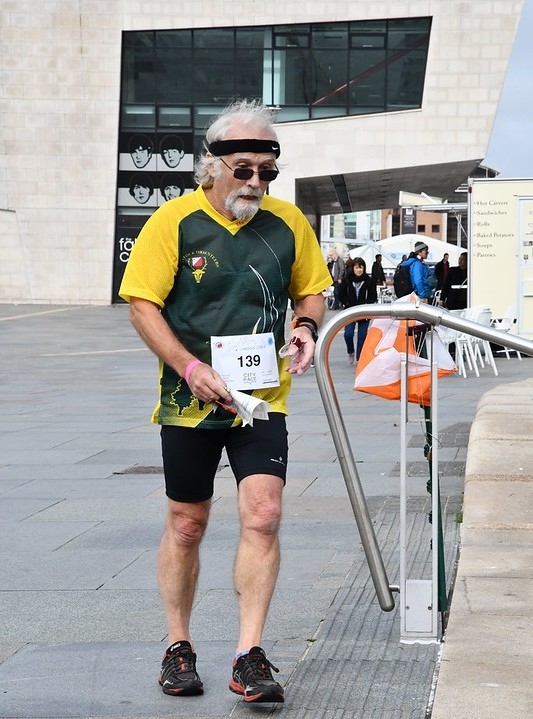 A trio were up on Merseyside for an urban double header while on Sunday seven headed down to the New Forest for Wessex OC's annual Dorset Delight race.

Tony had a decent run on Saturday too at Everton Park.

Martin Lewis had an impressive run on Blue, keeping close company with runners of real pedigree.

There was also a fine battle between Bill Vigar and the returning Roger Craddock on Short Green, with Bill pipping Roger by six seconds and both finishing in the top third of runners.

Martin said, "I was trying to keep up with a Hallett [Jackie] on the last two controls and had Gavin [Clegg] chasing me down at the end, which he just managed, while I was having fun in the mud.
It didn’t help when one of the paths was heavily flooded. Is swimming an option?"

Below is a race graph from Splitsbrowser. It shows how he ran the race roughly in tandem with Bristol OK's Jo Foster, after she caught Martin up at the start. 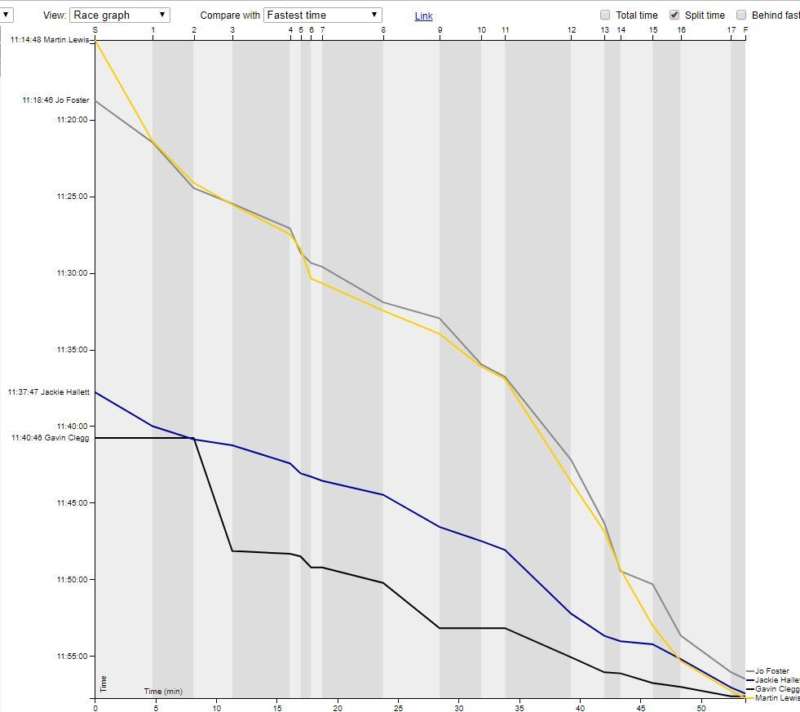 Martin and BOK's Jo Foster were pegged for most of the race
Credit: Wessex Routegadget