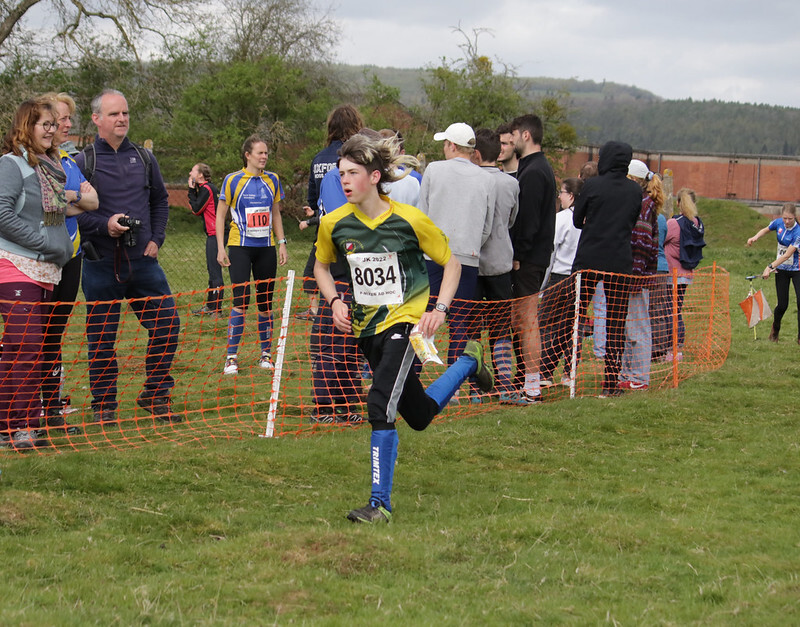 Review and photos from JK 2022 with write-ups from two first-timers Hamish and Phil.

The Jan Kjellstrom International Festival of Orienteering (or the JK for short) is held every year (usually) somewhere in the UK over the long Easter weekend. After the last two years had been cancelled due to the Covid-19 virus, JK 2022 was much anticipated and, being held in South Wales, was near enough to attract a good turnout of QOs.

The JK consists of four days, the first being a sprint event held at Swansea University. The second day was a middle-distance event at Clydach Terrace located on the edge of the breathtaking Brecon Beacons National Park with the third day, a long-distance event at Pwll Du, just down the road. The fourth and final day was a relay event at Caerwent Training Area.

Read more about the history of JK, the format, and previous years. 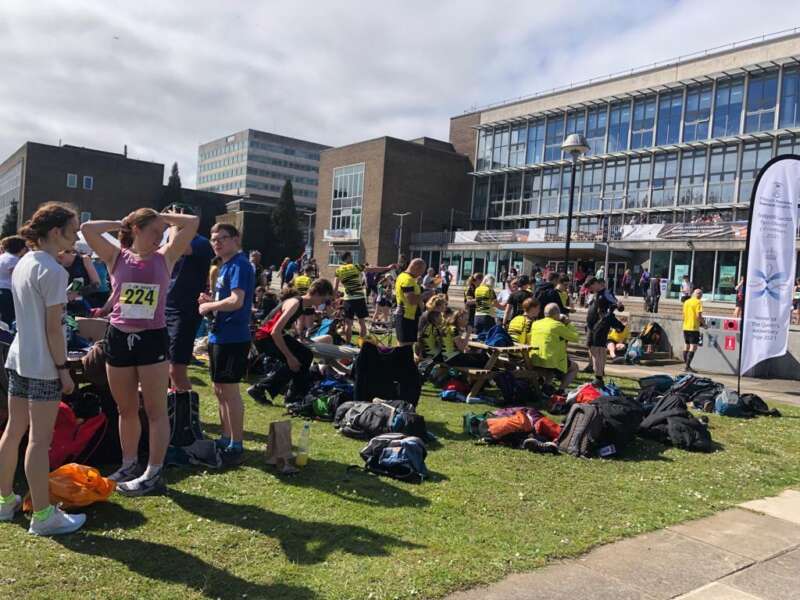 16 QOs took part on the first day on a beautiful sunny day in Swansea, and there was a fantastic atmosphere at the assembly (and finish). The area consists of an intricate network of buildings with connecting paths, stairs and cut-throughs, and an open area with some more formal gardens.

My M16 distance was 3.1 km, a mix of urban through the university campus and nearby parkland on a detailed 1:3,000 scale. I liked it because you had to be very focused on exactly where your control was and what number it was because they were so close to each other.

Phil was happy with his result:

I enjoyed my first ever sprint and I am pretty happy with my result. Despite being quite quick off the line, it took me a few controls to get my eye in and I had a brain freeze at 5 losing time. From 5 though things came together and the rest of the course went pretty well (well except going to 11 via 12!).

Rosie (W65) had a great run coming just 3:29 behind the winner earning a championship award, to add to QO's 6 silver and 3 bronze awards. View all the QO results. 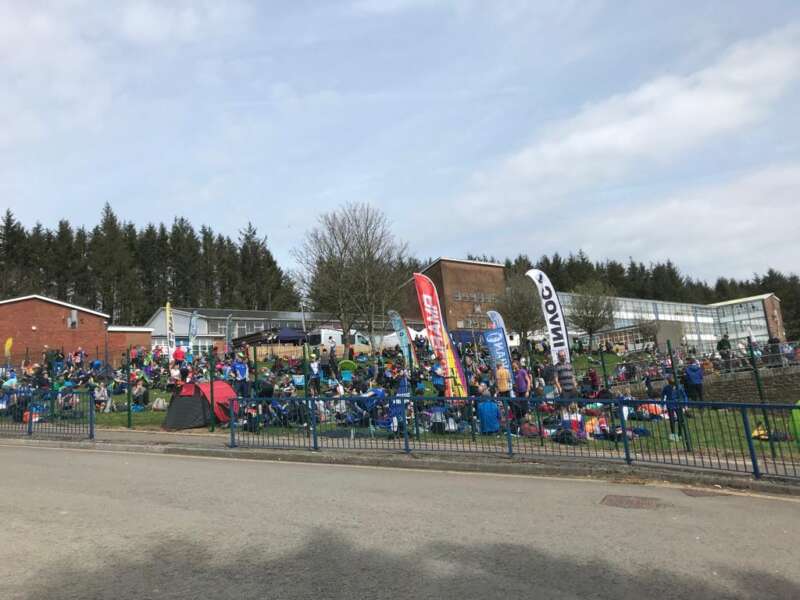 Another beautiful sunny day for JK day 2 - the middle distance event at Clydach Terrace on the edge of Brecon Beacons. Assembly was at a local school with a fairly long walk to the start and finish.

23 QOs headed out onto this technical terrain with few line features and a lot of contour detail which rewarded good navigation and focus.

There were no trees and few paths that my route choice could use. This was my favourite day. I really enjoyed the course because I wasn’t too tired from the first day. The ground was a real challenge, with 120m climb, lots of tricky ground and marshy areas and I liked that because I seem to do well on difficult terrain. Overall, it was quite technical and I have learnt a few new skills, such as trusting my compass to take me straight on a bearing to my next control and reading the contours to picture the landscape in 3D. Not being distracted by other runners was hard but I found my confidence and went my own way. Which was good.

It went less well for Phil:

I wandered up to the start where Steve imparted some wisdom that the trick on the course, which has very detailed contour features, is to work out what is big enough, with 5m contours, to be on the map. I should have listened more…

Control 1 was nice and easy and then… I messed up to control 2. Massively. I was pulled around too far on a path, got spun around, and just could not relocate. An impossible to recover from 14 minute error. Mentally I did not recover - although I pretty quickly got used to the map, I never really enjoyed the rest of the course and was glad when it finished.

Jeff on M50L, Steve on M65L, Annabel on W16B, Shelia on W55L and Rosie on W65L all kept cool heads earning silver awards. Robin and Adam both earnt bronze awards on M21E - with Robin getting the edge on his brother, making 9 bronze awards in total for QO. View all the QO results.

Another great day at JK, just down the road from yesterday’s venue. The morning started sunny although it became cloudy and the wind picked up towards the end. The assembly had a nice long run into the finish and plenty of space for club tents, so there was a great atmosphere. It was slightly different terrain to yesterday - but still plenty of contour detail just on a larger scale.

This was the hardest day in my opinion as I ran hard in the second day and was tired... It was a real learning experience for my navigation as I had a few long legs with not much other than contours to navigate off. I made a few mistakes and lost a bit of confidence as well as concentration on some of the longer legs. Next time I think I will try to stay more focused.

Phil had his best run:

I was worried about the terrain after the day before’s disaster and worried about tired legs, but from the moment I was out on the terrain I loved it. Looking back at my route, there are definate improvements to route choices, but I mostly delivered on each leg with only a few minor errors. My best run to date!

The highlight (for Phil at least) was the friendly rivalry on M45L between Pete and Phil, with just 19 seconds difference on a 98-minute course. Looking at the data it was tight on the whole course with the lead switching several times - earning Phil and Pete silver awards.

Ollie also earned a silver award, coming in 2nd on M14B, as did Robin and Adam on M21E - a fantastic achievement! (Adam had the edge this time). In total there were 9 silver and 8 bronze awards. View all the QO results. 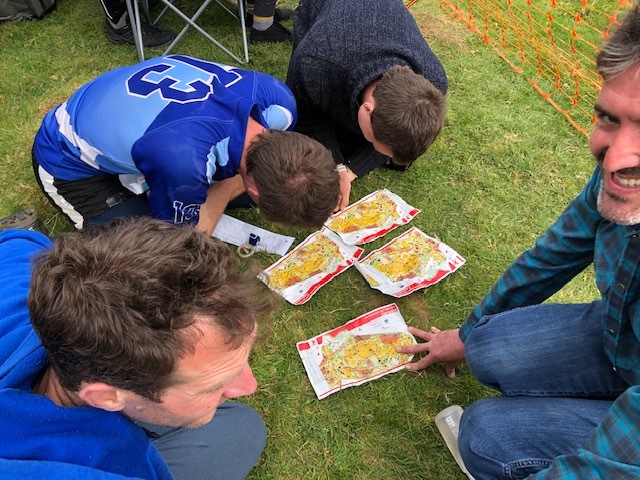 The final day of JK featured the relays at Caerwent training area near Chepstow. Formerly a Royal Navy Propellant Factory, the site has over 400 buildings and bunkers on-site and surprisingly varied and complex terrain with woodland to the north. QO had 6 teams running in 4 competitions - a fantastic turnout for the club managed by Club Captain Pete.

The relay was great, with a strong Quantock team we were able to do quite well. I had a good run, fast over a flat 3.2 km, with obvious features to navigate off such as big military buildings, paths and fence lines and I really enjoyed it. The atmosphere was great with everyone cheering in the finishers.

Phil joined Adam and Robin in the JK Trophy team:

With only two of our best runners available, it was my job to not mess up too badly in our JK Trophy team. It was fairly surreal warming up against some world-class orienteers, but I was caught out the most by the map scale and paper size - which lead to some odd route choices early on. Despite tired legs and clearly being outclassed, I did ok. I thoroughly enjoyed the whole spectacle of my first proper relay though - the atmosphere, the (long) run-in past all the club tents and the socialising.

Here are the results for the QO teams:

Overall, the JK 22 was a good 4 days of orienteering and I have gained a lot of new knowledge to help me in the future.

The weather was fantastic, the events were brilliantly organised, the volunteers friendly, the courses challenging and it was lovely to spend time with fellow QOs reviewing maps and courses. Lakes 5 Days you say....

Thank you to all the clubs, officials and volunteers who made this event possible. Orienteering is definately back! 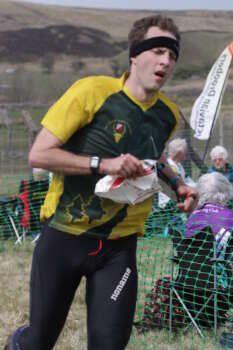 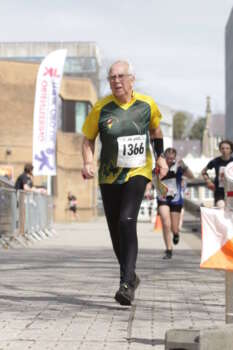 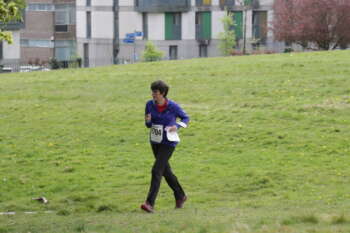 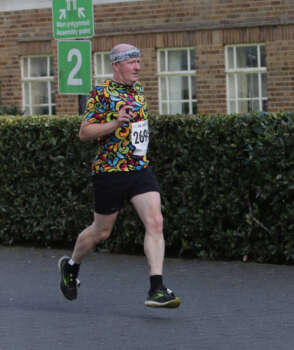 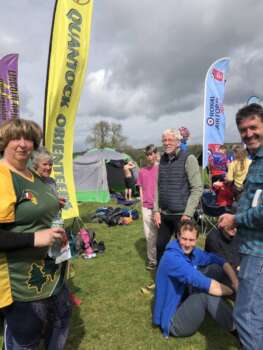 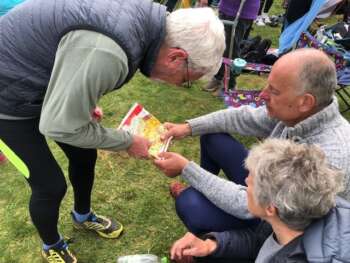 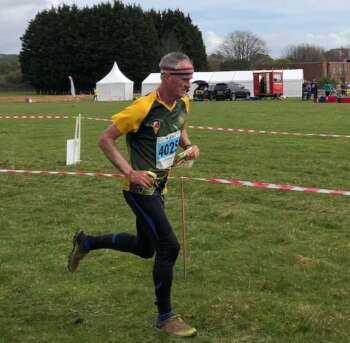 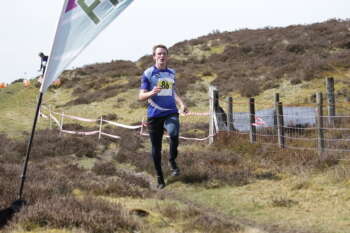 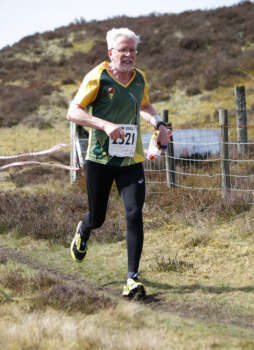 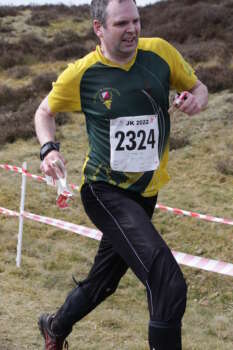 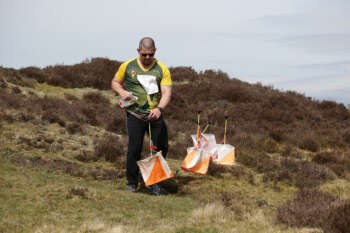 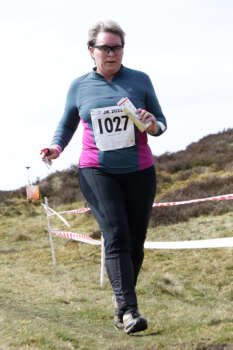 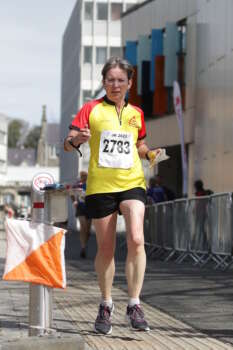 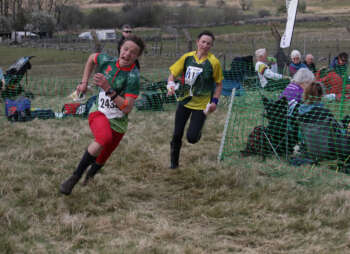 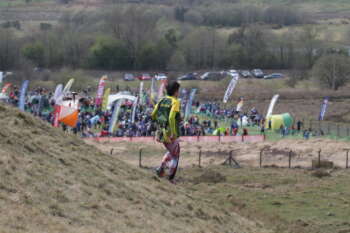 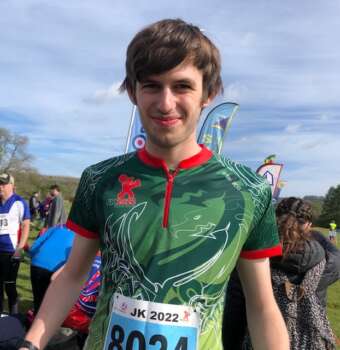 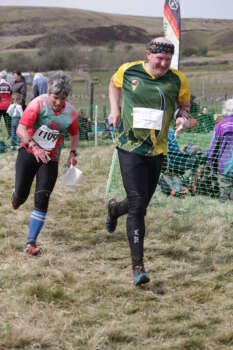 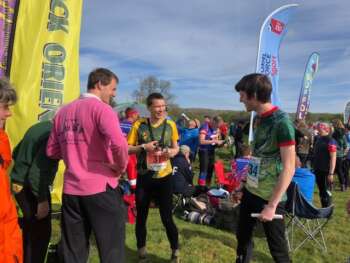 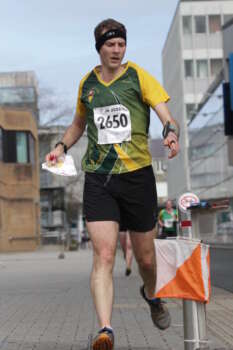