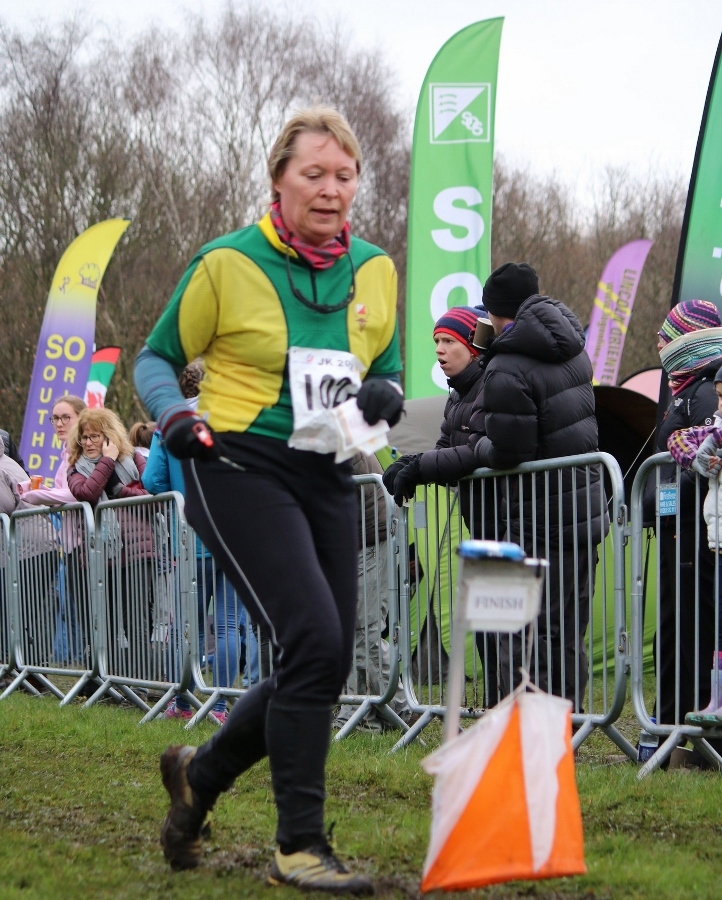 A dozen or so QO members ran at the Easter weekend tournament (the Jan Kjellstrom International Festival of Orienteering), this year held in the Midlands/ Staffordshire.

Oliver Lewis had an excellent result on his JK debut. He was fourth out of 32 runners on the Yellow course and less than a minute behind 3rd place. All those in podium places were older than him.

At the other end of the age spectrum, M80 Bill Vigar clinched a podium place, although he was some way off the winner's time.

An appreciation of contour detail was needed on the 'spurs', resembling radio waves on the map (pictured below) and these tripped a few people up.

On downloading, to his surprise Steve Robertson found himself sitting second out of 30. After making several mistakes, albeit in tricky terrain, Steve couldn't properly explain his elevated position. Steve's hunch that something wasn't quite right was proved correct...the later runners were either very fast or were left with excellent tracks to follow! This pushed Steve down to 16th out of 83, missing out on a Gold standard run by 20 seconds. 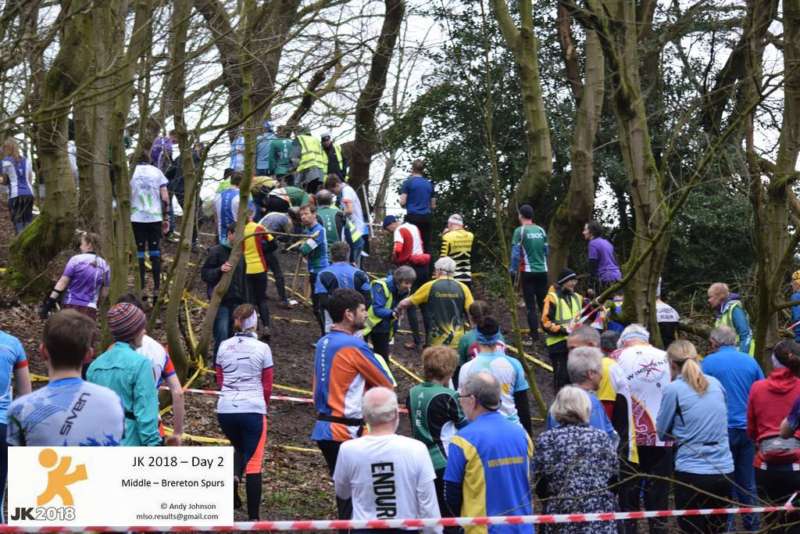 Got the route sussed. Stay off the muddy tracks, there's nice firm ground adjacent, look at all those people getting stuck in the rough stuff! Don't follow them. Choose a route carefully, keep a clear head, maintain a steady speed and hope for the best...

And that was just tactics for getting out of the car park afterwards! It was a game of cat and mouse, waiting for gaps to appear in the rows of cars and hence some virgin grass to drive the car over towards the safety of the plastic webbing hundreds of metres away. Many cars got stuck in the deeply rutted mud and needed pushing or towing, some even needed hauling out by a tractor. 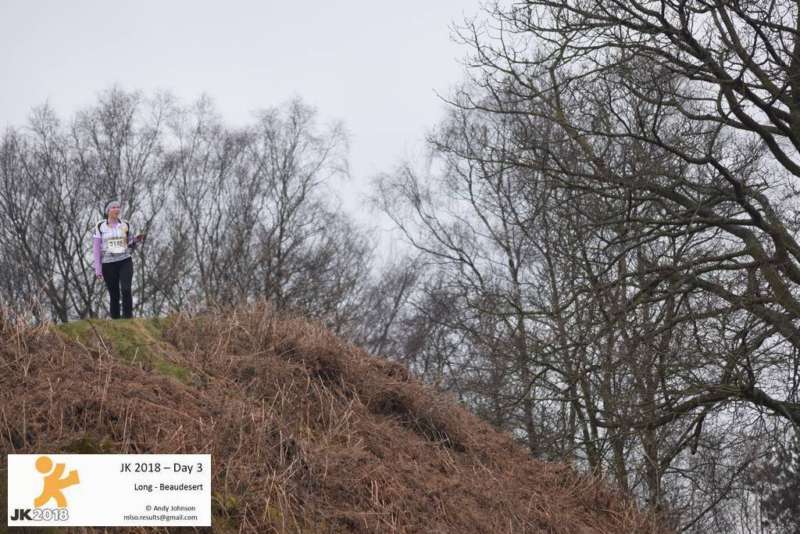 A Routegadget replay of some of the vehicular exits taken would perhaps have been more entertaining than one for the race itself. It was a physical test more than a technical one and those who visited Fernworthy the previous week were convinced that there were less brashings there than at Beaudesert!

Rosie Wych achieved silver standard at Beaudesert having done so at Brereton too. Silver standard is the average time of those who placed (1st, 2nd, 3rd) + 50%.

Also showing consistency were the Lewis siblings Karen and Martin, who adapted well on their first JK appearances, finishing roughly halfway down the field each day on Orange and Light Green respectively. Annabelle Lewis achieved the course standard time on Yellow.

Fortunately, the wet and wintery conditions forecast arrived later than expected this Easter weekend, affecting only those doing the relays and the late starters on Day 3.

The "Quite Outstanding" team lived up to it's name more by being our only entry than for any achievements! It finished two thirds of the way down the field in the ad hoc category. To be fair, team members Andy Rimes, Rosie Wych and Steve Robertson battled torrid conditions. See the snow on the ground and the gloom in the photograph! 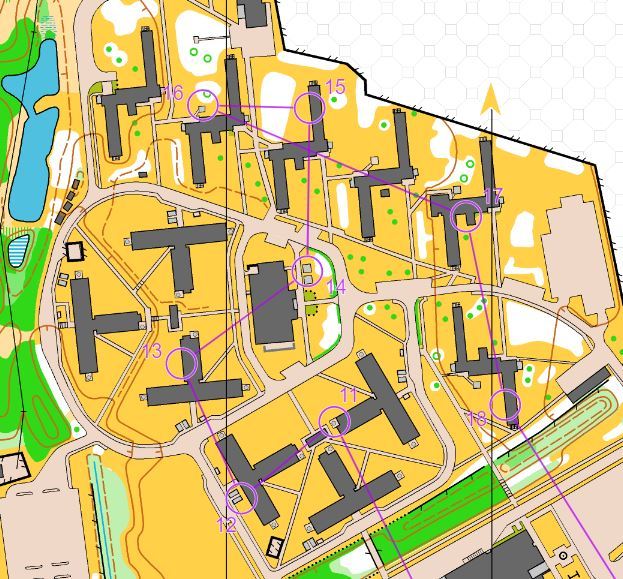 Steve Robertson finished in the top third and almost achieved Championship standard. Not known for sprinting, Julia R did a bit of jogging here and there according to Steve and in doing so achieved Bronze standard (finishing within double the average time of those on the podium) on the W65 course. Adele Appleby and Vikki Page also achieved the Bronze standard.

Urban specialist Andrew Page found himself with double the amount of competition this year, having moved up to the M14 age class. Nethetheless he achieved a respectable position, roughly midway down the field. 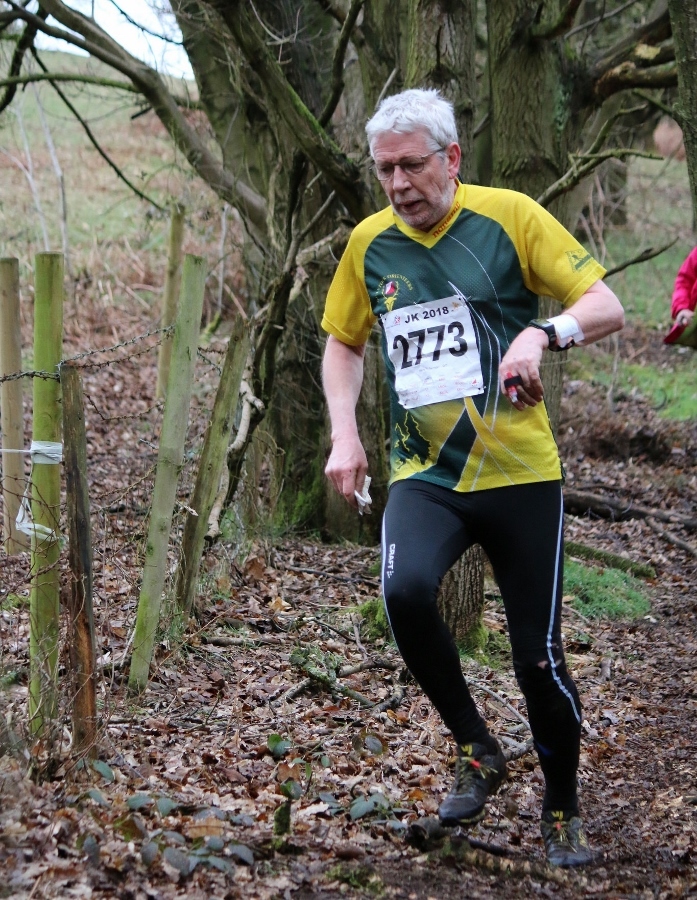 The results for the forest-based Middle and Long races on Day 2 and 3 were added together to create finishing positions for each entrant.

Jim Nickolls took part on M50S for Day 2 only.

The Lewis family took part on the colour coded courses: Martin on Light Green, Karen on Orange and Annabelle and Oliver on Yellow. 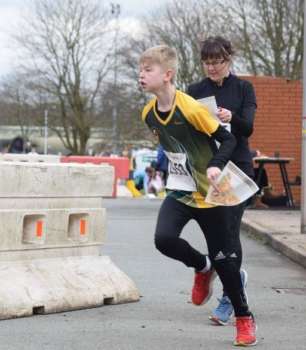 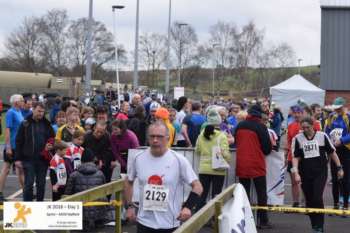 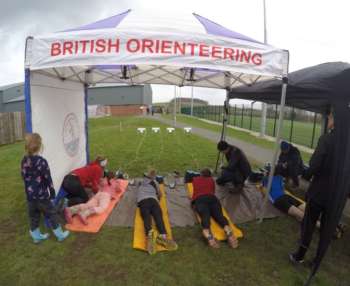 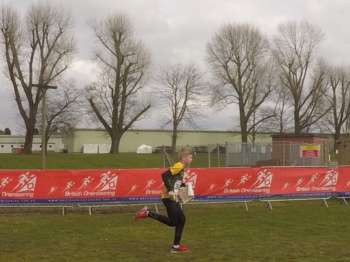 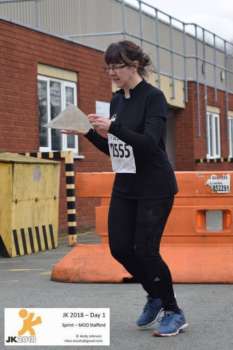 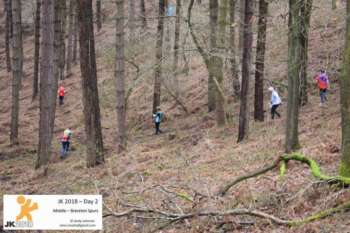 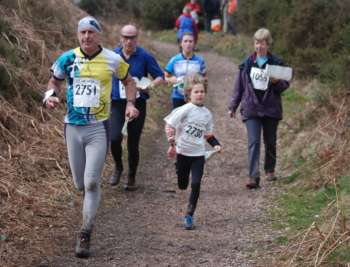 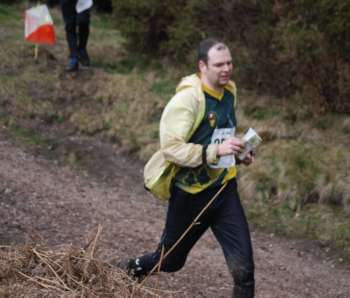 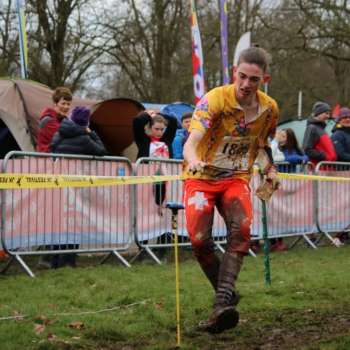 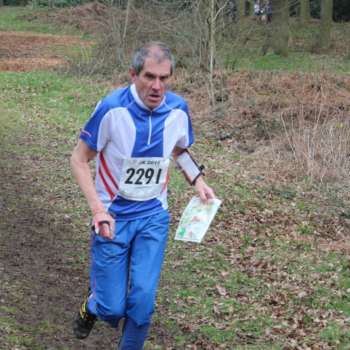