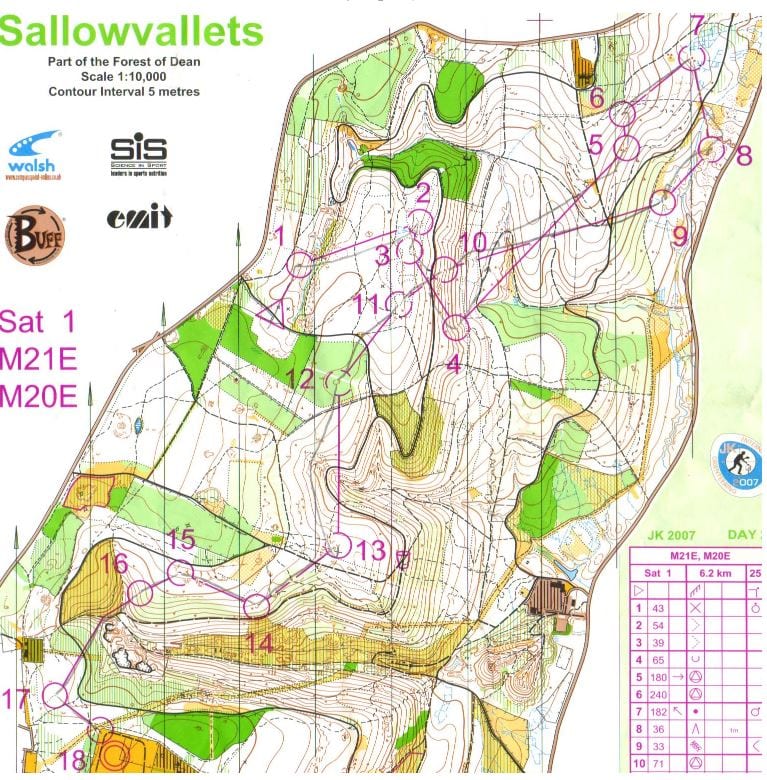 The Forest of Dean is a beautiful area by itself let alone for orienteering, so when the sun came out and the birds began to sing one hoped for a great weekend and so it proved.

From what I saw it was very well organised, the helpers were always cheerful and helpful, the sites well laid out and signposted and the atmosphere was very festive.

Compliments to the organisation team who brought together people from all over the region (and beyond?) to make the days go well, and of course to the Planners and Controllers who, from what I could gather presented good quality orienteering for all. I was particularly impressed by the choice of Anne Donnell for the day two Road Crossing, what driver or competitor would argue with her instructions!

An Achilles/ muscle injury sidelined me for the "minor" day two and three happenings. However I was able to help with the main events of the weekend, the string courses.

Bill Vigar completed a hat trick of JK Titles which cannot have been done by many people. Well done Bill! Overall we had 33 Individual entries and two relay teams, which I think is great for a club of our size. Our relay teams (both in the M165 category) didn't win any medals but I understand they had their own thrilling battle.

Day 2 was best. A long shady and sunny walk through trees to a distant start. A pleasant chat with QO members assembled together inanticipation. A tricky run challenging and interesting from start to finish with some climb, and a fairly satisfying result. Hundreds of happy people

I hope you won't mention the fact (some chance!) that if I had picked up my map on day one, waited for Alice to start, then followed her through her first five controls, it would have only taken twelve seconds more than I actually used to get to my number one. 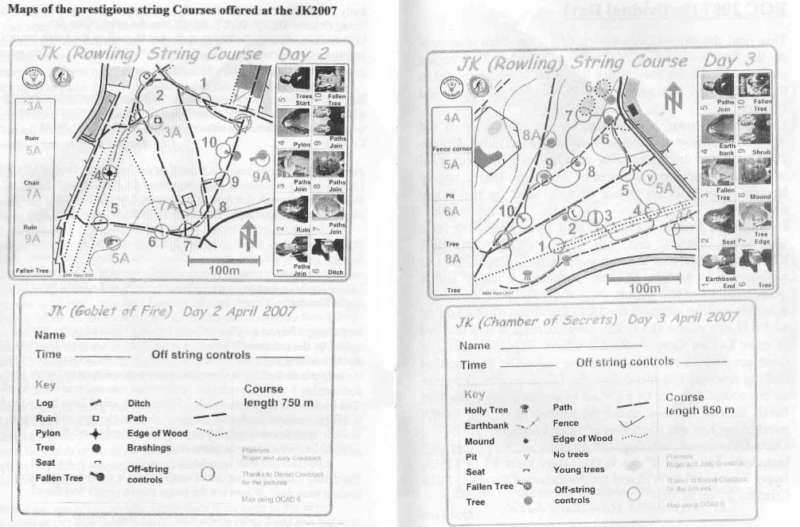 String courses put on by QO
Credit: The QuOnicle

The QO team spent about four hours eachday meeting, greeting, dispatching and receiving the most delightful children aged from 6 months to 12 years. The time flew by due entirely to the fun we were having. If the children we met are the future of orienteering then I think us oldies can rest easy in our beds. Actually we had two of the young ones helping us in the tent, at one stage Rachel Bussel teamed up with her two children James and Lucy to run the finish table; you have never seen a better, well oiled machine in operation. Well done to them!

Thanks to all the QO who helped with the JK(Rowling) String Course- very busy. Memorable moment - Ted Heath & Rachel Bussell on the finish benignly asking each child "which smiley face would YOU like?" . ... as the queue grew longer and longer!

"What with electronic punching, offstring controls, and split times they will be offering route choices next!" (QO did offer route choices on their JK (Rowling) String Courses!)